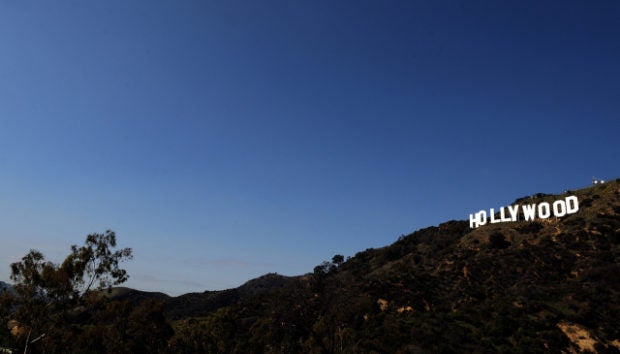 Film and television productions in California have been shuttered since mid-March due to the pandemic.

The majority of the state’s 58 counties will “have the ability” to start reopening entertainment shoots following criteria to be set out in a roadmap Monday, Gavin Newsom said.

But Los Angeles county — home to Hollywood itself, and an entertainment industry which provided nearly 900,000 jobs pre-lockdown — presents “the challenge.”

“Even today, the number of deaths that came in, a disproportionate number came out of the county… we are a little concerned they’ll be a few weeks behind potentially everybody else,” said Newsom.

Newsom’s chief of staff described Los Angeles as “the biggest hurdle that we have with regard to your industry right.”

“I don’t want to sugarcoat that… we have increasing cases in the L.A. area, and so because of that it is going to have some delays,” said Ann O’Leary on a Zoom call with entertainment industry leaders.

Densely-populated Los Angeles county has 40,000 confirmed cases including nearly 2,000 deaths — well over half of the coronavirus fatalities in California.

City officials warned this week that restaurants and shopping malls would not reopen until July 4 at earliest, even as other parts of the state ease restrictions.

Netflix content chief Ted Sarandos, also on the Zoom call, warned that “taking shortcuts on safety” would have “terrible long term effects” on the industry.

His streaming giant has already resumed production in countries such as Iceland, Sweden and South Korea.

Sarandos said productions with smaller crews such as documentaries could be reopened sooner, while features involving crowd shots would require “a lot of security, a lot of logistics.”

Director and producer Ava DuVernay (“Selma”) said crews could be divided into smaller “pods” who attend sets at different times to reduce the risks of contagion.

“This Is Us” star Jon Huertas said the hit television drama filmed in Los Angeles “may not go into production until January depending on whether or not there’s a second wave.” RGA

Film shows nightmare of an emergency room in Italy