I know this much is true: Mark Ruffalo is a best actor contender 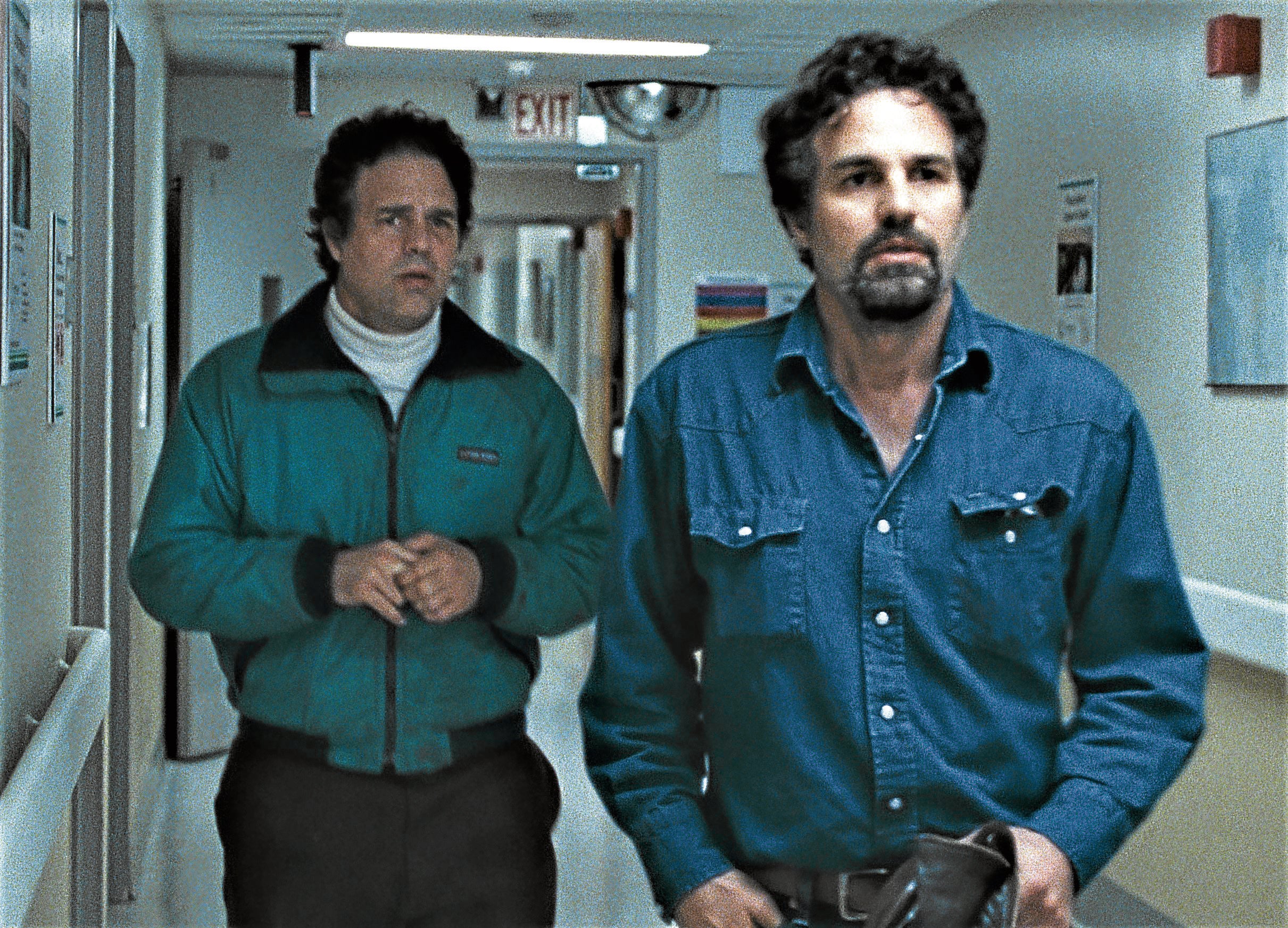 LOS ANGELES—This early, I know this much is true—Mark Ruffalo could bag best actor nominations, starting with the Emmy Awards in September.

Mark is just plain riveting and exceptional as identical twin brothers in Derek Cianfrance’s miniseries adaptation of Wally Lamb’s novel, “I Know This Much Is True,” an Oprah Winfrey Book Club pick. He plays both Thomas, a paranoid schizophrenic, and Dominick, who suffers from PTSD.

Mark superbly plays the two brothers as completely different individuals. As Thomas, he is quietly affecting as a religious man dealing with a mental illness who chops his hand off in what he believes is a sacrifice to help bring an end to the Gulf War. As Dominick and the miniseries’ narrator, Mark is compelling as a house painter who is his brother’s keeper all his life and is struggling with his own problems.

In the flashback scenes, another actor, Philip Ettinger, plays the young adult Dominick and Thomas. Donnie and Rocco Masihi, who are also twins in real life, play the brothers when they were kids.

But in majority of the six-part series, it’s Mark’s towering performance that keeps us glued and absorbed even as the story gets bleaker and bleaker. If you’re already depressed by this pandemic crisis, maybe wait until this coronavirus issue goes away (hopefully, it does) before bingeing on this show.

But if you watch “I Know This Much Is True” now, you will be immediately rewarded by Derek’s direction and the fine performances of not only Mark, Philip, Donnie and Rocco, but also of Kathryn Hahn, Melissa Leo, Rosie O’Donnell, Archie Panjabi, Juliette Lewis, John Procaccino, Rob Huebel and Imogen Poots.

Mark, who is spending the pandemic lockdown with his wife, Sunrise Coigney and their three children on his ranch in upstate New York, had to go to a nearby hotel to be able to do this video interview.

“I’m actually in a closed hotel that has good internet because I wouldn’t be able to do this where I live,” the affable 52-year-old explained. “There’s no cable. It’s just LTE and it’s not even good enough to do a video conference like this.”

Did playing the dual roles of Bruce Banner and The Hulk through the years help you play the identical but different twin brothers in this miniseries?

This was much easier to do than it was to do “The Hulk,” just equipment-, time- and technology-wise. 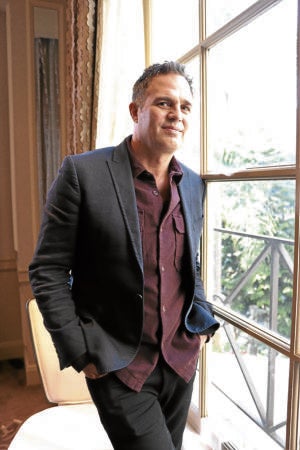 How did you shoot playing the twins?

Derek was hesitant about taking this project on because he didn’t want it to be like any other twin movie or TV show where it looks like the actor ran off, put a wig or beard on, changed his clothes, ran back and did the scene.

I said, “Derek, the way I see it is we really just make these people two totally different people although they’re twins.” Thomas, being on medication, would be bloated. His life experience has given him a different physicality. So it would be great if we could shut down (production). I could go and gain weight or we could cut my hair or we could shoot Thomas first, then Dominick later and I could lose the weight.

In the end, we decided that I’d go away and put on 30 pounds. I did that in six weeks, then came back. We shot most of the Thomas stuff three or four months after we shot most of Dominick’s scenes.

What did you eat to gain all that weight?

Can you talk about the mental condition of Thomas?

Thomas is living with schizophrenia, which started to manifest itself in his late teens. We know that schizophrenia can be brought on by trauma in people, certainly in twins. I do feel like some of the violent trauma that Thomas experienced as a boy had to do with that.

He was someone who was feminine and sensitive as a child, growing up in this very macho world. He turned inside of himself. He got lost in his schizophrenia. There wasn’t a system or medication at the time that could really save him. But he’s a beautiful guy.

The thing about schizophrenia is it doesn’t change a person’s personality. So the personality stayed. It’s actually who we are. All of these other factors are touched by it. For Thomas, it was negative voices constantly bombarding him with information. To the point where just getting through the day becomes so taxing to try to discern if those voices are the illness or the reality.

At the end of the day, many of these people end up committing suicide and hurting themselves, as Thomas does.

Did you consult anyone to play Thomas?

I got to spend a lot of time with a man living with schizophrenia in Kingston (New York). Richard Wheaton was my technical adviser.

I had the most difficult as well as the most satisfying experience working on this with Derek. I always say his style is rough and holy. He has such an eye for emotional honesty. We were doing these long takes.

Derek, very early, on wanted me to do push-ups before each take. We found that the push-ups suited Dominick very well because he was always a little out of breath. He was always a little macho, muscular, heightened, anxious and agitated. By the end of the shoot, I was doing 300 or 400 push-ups a day (laughs). I was stronger than I’d ever been in my life.

Derek loves actors. His mantra was, I want to see the mistakes. You walk onto a set after having so much pressure on you all the time to be perfect, look good, come in and nail it.

Thomas and Dominick have a mysterious Italian grandfather who may be the key to the seed of the family’s struggles. Did you find any surprising element about your own Italian roots?

I did find out that I am 14 percent Middle Eastern from my genealogy tests, which was surprising to me. My family came out of the Mesopotamia into Europe.

How did this show’s story resonate with your Italian ancestors’ immigrant tale in the US?

I’m a second-generation Italian-American. My family came over from Calabria (Italy) at the turn of the century. They were leaving enormous poverty and hardship. They came to the promise of this country, but it wasn’t easy. They were considered brown people. They were despised. But my grandfather was a survivor. He fought hard and he made his way.

How has your daily life been affected by the pandemic?

I have to say that I’m kind of an Olympic black belt of self-isolation. When I’m not working, I’m a homebody. I like to stay at home. I like to be with my family. But they don’t like to stay in and so now, they have to stay there with me.

We don’t have very good internet where we live. So, we’re talking (to each other) more, spending more time together. I’m lucky enough to have some space to garden so I’m starting a garden, which I love to do.

I’m fixing the leaks in the faucets (laughs) and all the things that I’ve been walking past for the last four or five years.

What are your thoughts on how this coronavirus crisis is affecting everyone?

I know a lot of people who are really struggling, and that’s really making me anxious—people that I love and I know who aren’t as fortunate as me. So we’re sending out a lot of little care packages and checks, trying to make sure everyone’s got a little leg up right now.

TAGS: "I Know This Much Is True", Mark Ruffalo