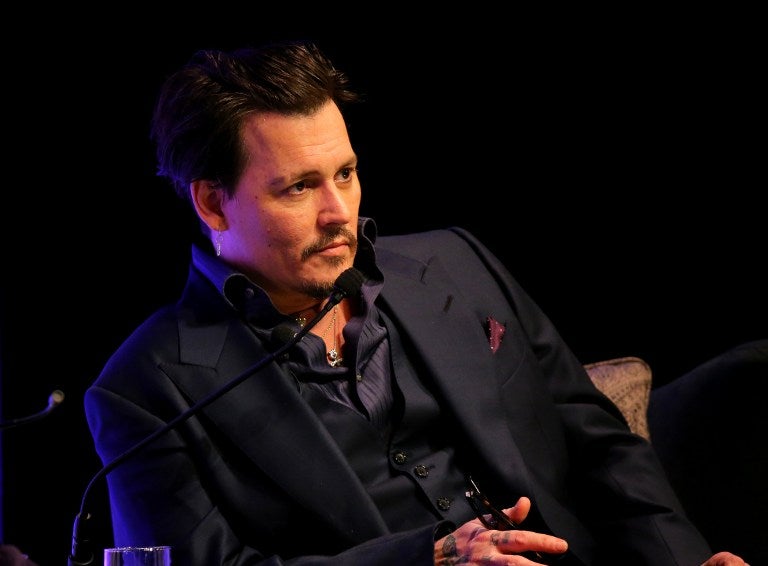 LONDON — Two former romantic partners of actor Johnny Depp came to his defense Wednesday in his libel suit against British newspaper The Sun, dismissing claims that he was violent or abusive.

Actresses Vanessa Paradis and Winona Ryder offered supportive statements for the “Pirates of the Caribbean” star, who is suing the tabloid paper’s publisher, News Group Newspapers, over an April 2018 article which referred to the 56-year-old Depp as a “wife-beater.”

The article contained allegations by Depp’s ex-wife, Amber Heard, who filed for divorce after requesting a domestic violence restraining order. Depp has strenuously denied the allegations.
In a hearing conducted remotely, lawyers for Depp argued that statements from Ryder and Paradis should be included as evidence in the actor’s case against the publisher.

“We’ve been partners for 14 years and we raised our two children together,” Paradis said, court documents show. “Through all these years, I’ve known Johnny to be a kind, attentive, generous, and non-violent person and father.”

She added that he was “never violent or abusive.”

Depp’s lawyers also want to include evidence from Ryder, who was in a relationship with the star in the 1990s.

A two-week trial was due to start in London on March 25, but it was put on hold due to the COVID-19 pandemic.

The case is now scheduled for July.

Read Next
WATCH: Robi Domingo plays ‘River Flows in You’ on piano
EDITORS' PICK
DOH: Too early to say COVID-19 cases are declining
Acer starts the year off strong with the Aspire Vero National Geographic Edition
Duterte praises military but slams police for poor discipline, corruption
Over 3 Million worth of prizes to be won at Smart Padala’s SENDali Manalo Promo!
COVID-19 cases surging in all regions and provinces, says DOH
The best of bayside and city living at SMDC’s Sail Residences
MOST READ
Marcos Jr. visits Cebu, stands as ‘ninong’ to mayor’s son
Duterte praises military but slams police for poor discipline, corruption
Djokovic has to comply with rules to go to Spain, PM says
Comelec junks petition to scrap Bongbong Marcos COC
Don't miss out on the latest news and information.