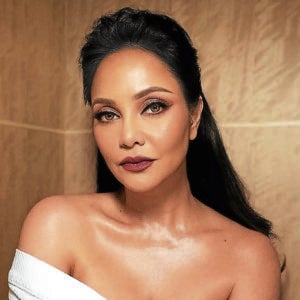 Actress Eula Valdes, who plays Christopher de Leon’s first wife in the ABS-CBN drama series “Love Thy Woman,” admitted that she had suffered from anxiety attacks shortly after she learned that the actor had tested positive for the new coronavirus disease (Covid-19).

Christopher has since recovered from the illness.

Eula said she and Christopher last worked together on March 14. “There were only four of us (cast members) on the set, and on that day, our scenes were so intense. We had to work really close to each other,” she recalled. “That’s why I got worried—slightly.”

Eula also said that, shortly after learning that Christopher was infected, their ABS-CBN bosses had arranged for the cast and production staff to have a video call with doctor and former health undersecretary Susan Mercado to discuss all that they needed to know about the disease.

“That night, I experienced body aches and chills. I didn’t have fever—I kept checking, and each time, my temperature was normal. My guess was that it was a really nasty case of anxiety attack,” she told Inquirer Entertainment. “While in bed, I kept asking myself, ‘What if I’m that special person who catches the disease and dies really fast? Should I start writing my Last Will and Testament now?'”

Eula said she had to psych herself up so she would not succumb to depression or really get sick physically. “I had to fight the feeling. The following day, I disinfected the entire house and my car. I felt so much better afterward. I also isolated myself from my kids,” the actress recalled. “I likewise called the hospital to ask if I could have myself tested. I was told that the best thing to do was to go on self-quarantine.”

After successfully getting past that hurdle, Eula said she now enjoys being stuck at home. “I am actually able to save money because I can’t go out to shop. Online shopping doesn’t work for me because I want to be able to fit stuff before buying them,” she explained. “In order to make my free time more productive, I also researched on what skills I could learn online and practice at home. It had to be something simple, something that would make use only of whatever resources I have at home.”

She also donated to charitable organizations and fundraising efforts organized by colleagues in the business.

Eula admitted that she felt sad about ABS-CBN’s decision to discontinue the taping of “Love Thy Woman.” She explained: “This was because we have no idea how long [the work stoppage] would last, but it was a necessary thing in order to help stop the spread of the virus.”

Inquirer Entertainment’s interview with Eula happened only a few days before the broadcast network went off the air in response to the cease and desist order of the National Telecommunications Commission after its legislative franchise expired on May 4.

Asked for her reaction to the possibility of resumption of work on May 15, when the government’s order for an enhanced community quarantine (ECQ) finally gets lifted, Eula said: “I don’t think we will resume taping immediately. I’m sure the Management will not force everyone to go back to work without implementing precautions just so it would have new episodes to air.”

The actress added: “I’m sure that, as early as now, the bosses are already meeting to figure out how to go about this. We can’t act with our faces covered, unless it’s OK with them for me to put ‘Eula Valdes’ on my face mask.

“This also doesn’t mean we can all go out already and hang out at the malls or watch in movie houses. We still have to test the situation. The government can still order another lockdown if people would not behave properly, if they would not practice social distancing,” she declared.