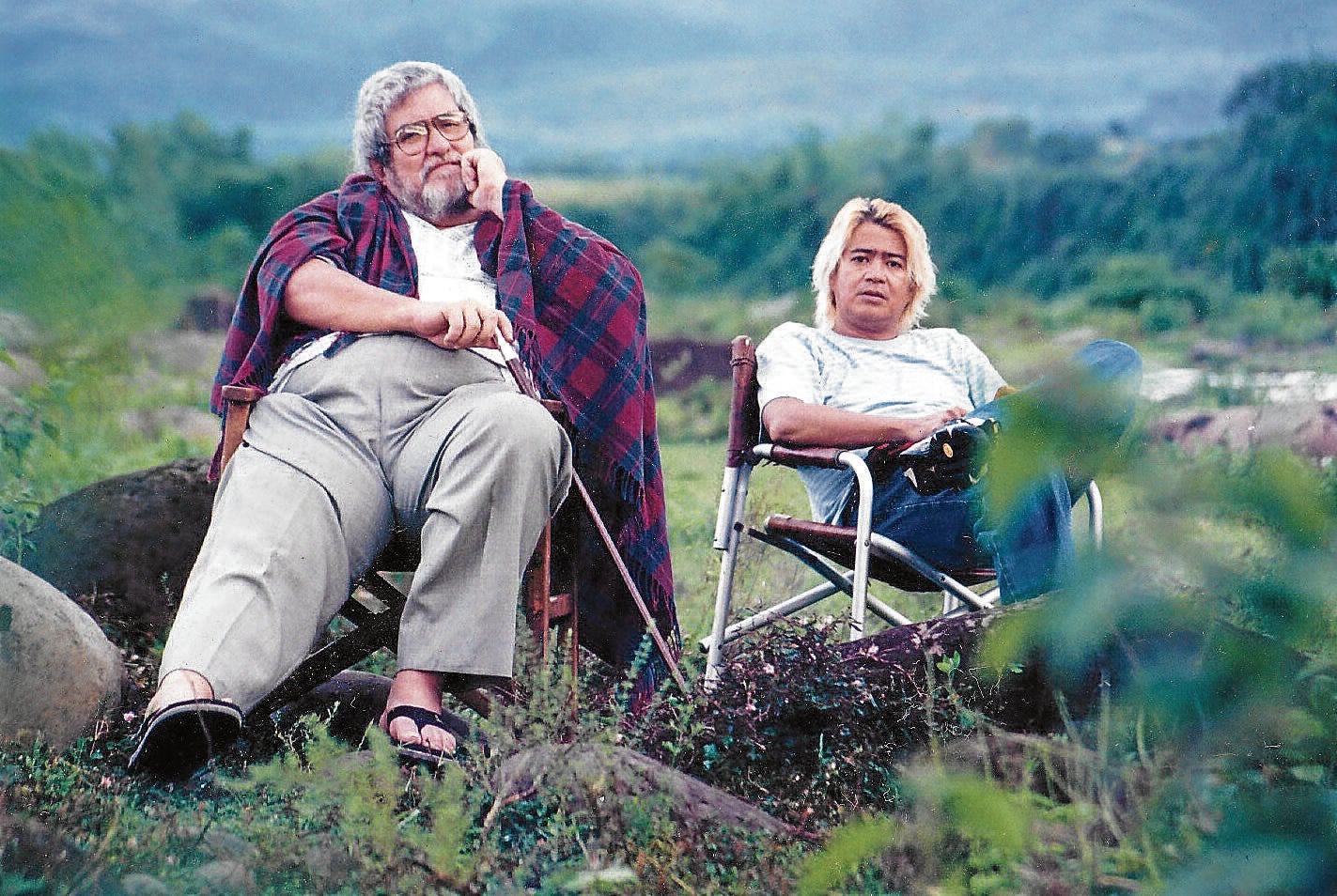 As early as two weeks ago, legendary filmmaker Peque Gallaga already felt his end was near.

His best friend and codirector in many films Lore Reyes recalled that he received a call two Mondays ago from Gallaga’s wife Maddie, who informed him that her husband had already wanted to say goodbye to his friends and loved ones.

“We cried and laughed while on the phone. He (Gallaga) admitted to me that he was really in pain, and that he had already ordered doctors not to resuscitate him. After that, he deteriorated very fast,” Reyes shared with Inquirer Entertainment on Thursday afternoon.

He added he started grieving for Gallaga at that moment when the latter bade him farewell.

Gallaga, director of the classic drama film “Oro, Plata, Mata,” passed away on Thursday morning in Bacolod City, due to pneumonia. He was 76.

Prior to his death at 11:45 a.m., Gallaga had been confined for three days at the intensive care unit of Riverside Medical Center in Bacolod City.

Aside from Maddie, Gallaga left behind their children Bing, Michelle, Datu, Jubal and Wanggo. As of press time, the family has yet to announce the details of Gallaga’s wake and internment in Bacolod City, where he had been based for many years.

He was brought to the hospital on May 5 due to complications caused by the medicines he had taken for his heart, according to Reyes.On that day, Gallaga’s family released a statement about the director’s health condition and asked “everyone to respect their need for privacy” during that difficult time. 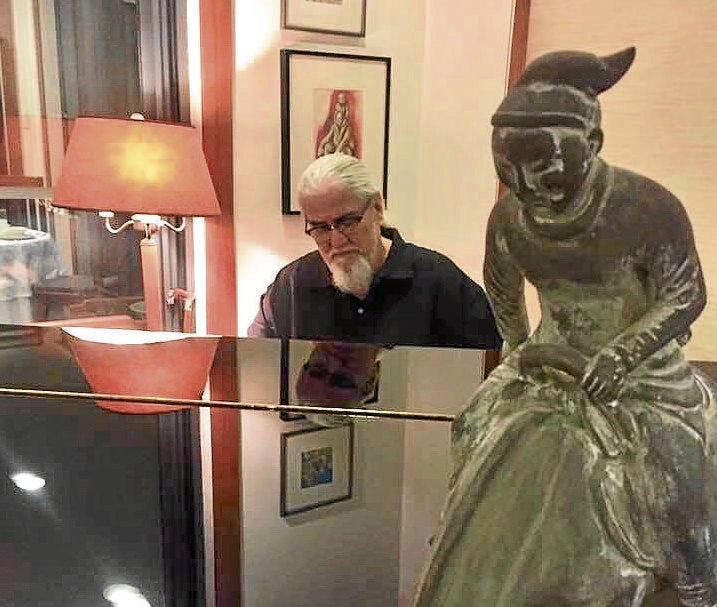 Actress and scriptwriter Bibeth Orteza, who is a longtime friend of Gallaga, explained that the family members felt the need to come up with the statement to quell rumors that they were asking for donations for Gallaga’s hospitalization. “They simply wanted to clarify that this wasn’t true, so that other people would not be fooled by the circulating talks,” she added.

Gallaga had a heart attack in 1984, and “his heart doctors had always advised him to have a multiple bypass,” said Reyes. “He finally agreed to undergo surgery in 2009 when his two cardiologists gave him an ultimatum. Since then he had been taking too many medications. It didn’t help that he was also given prescription drugs for his chemical imbalance. Peque was a bipolar, too. This took a toll on his liver and lungs,” Reyes said.

Orteza also clarified that Gallaga’s death was not related to the deadly new coronavirus disease (Covid-19), “but a complication arising from his past health condition. Also, Peque got angry with what’s happening to our country. He already had difficulty walking, and then he was also not allowed to speak of how he felt. He got depressed and refused to eat.”

Gallaga had been working with Reyes and Albee Benitez as producers of the film “Magikland,” directed by Christian Acuna, before he passed away, reported Orteza, who is part of the cast.

“He was very hands-on. He was always present during shooting. When he felt something was lacking, he sat down with the director to discuss things. He wasn’t overly demanding and bossy. He patiently explained his views,” Orteza observed. 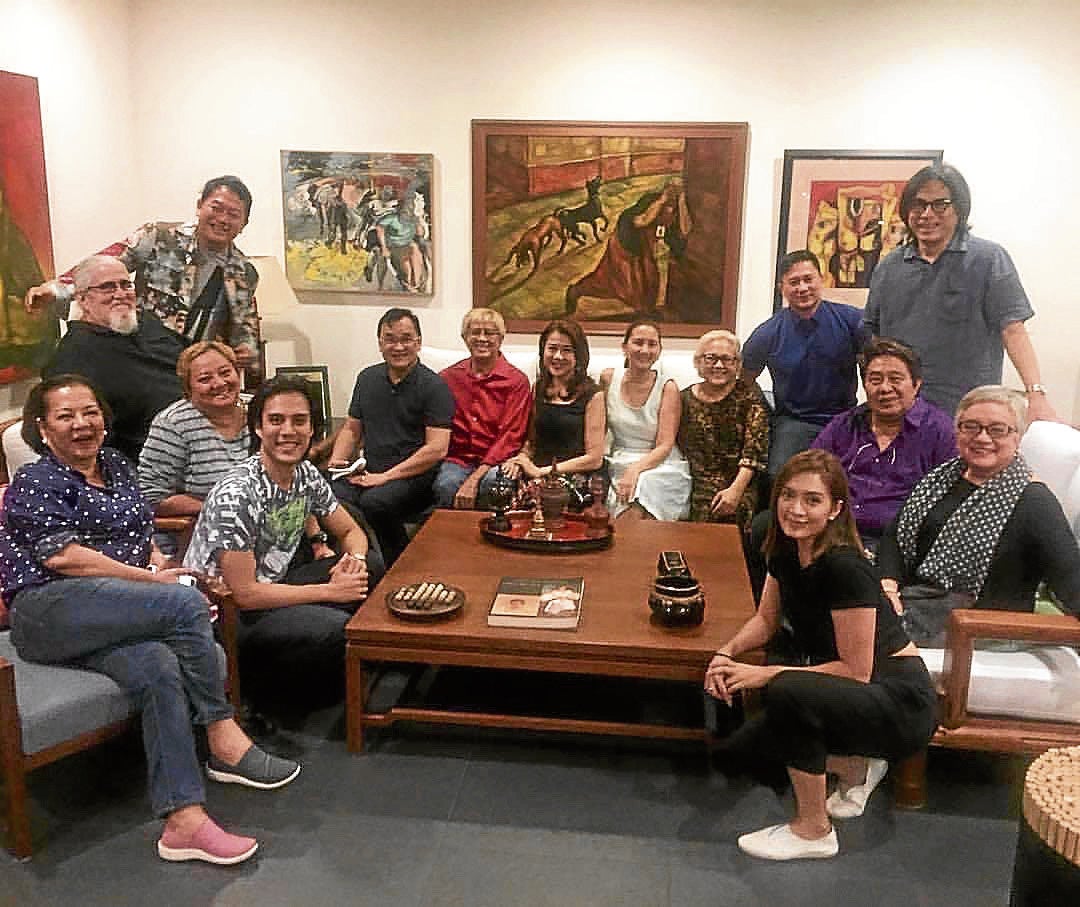 Gallaga (left, second row) with his friends during his birthday celebration hosted by Carlitos Siquion-Reyna and Bibeth Orteza

Orteza’s husband, filmmaker Carlitos Siguion-Reyna, said he last saw Gallaga when he visited the “Magikland” set recently. “I also flew to Bacolod two years ago to attend a surprise birthday party for Peque organized by his friends,” Siguion-Reyna recalled.

He added that he would remember Gallaga as “the decisive, forceful and action-oriented” former president of the Directors Guild of the Philippines Inc. (DGPI), an organization they both belonged to.

“Aside from his directing work, he was also a film educator. He organized a directing workshop for La Salle Bacolod and invited me to speak on directing. He was really focused on the betterment of his students, so he would introduce them to several members of the industry. He was a good liaison between the students and practicing writers and directors,” Siguion-Reyna recalled.

As for Reyes, he admitted that he could “never recover from a loss like this. Peque is irreplaceable.”“Of course I still cried this morning when I heard that he already passed on. It’s actually hard to answer calls from close friends who would cry to me; nakakahawa rin kasi,” explained Reyes, who is based in Manila.

Gallaga and Reyes started codirecting films in 1986. They shared directing credits for the second, third and fourth versions of the “Shake, Rattle and Roll” franchise, as well as 20 other films, the most recent of which were “Sonata” (2013) and “T’yanak” (2014).

On his own, Gallaga directed films like “Virgin Forest,” “Scorpio Nights” and “Unfaithful Wife” in the 1980s. “Oro, Plata, Mata,” starring Cherie Gil, Sandy Andolong, Liza Lorena, Joel Torre and Kuh Ledesma, was considered to be Gallaga’s most significant contribution to Philippine cinema.

Maurice Ruiz de Luzuriaga Gallaga in real life, he was also an actor, a scriptwriter and an acclaimed production designer.