LOS ANGELES—“When I got the email from my agent, I literally said, ‘What??!!’” Reggie Lee wrote via email when I asked him what it was like to be part of television history when “All Rise” became the first-ever scripted drama series to do a virtual episode, all via Zoom, FaceTime, etc., and in the cast’s respective homes.

“Oh, it was definitely a surprise,” Reggie stressed about the CBS drama’s pioneering episode. “But it was such an ingenious idea. And filming from my home on my iPad was a trip! I was the cameraman and the actor at the same time. So that was a little nerve-wracking. That wasn’t in my training.” 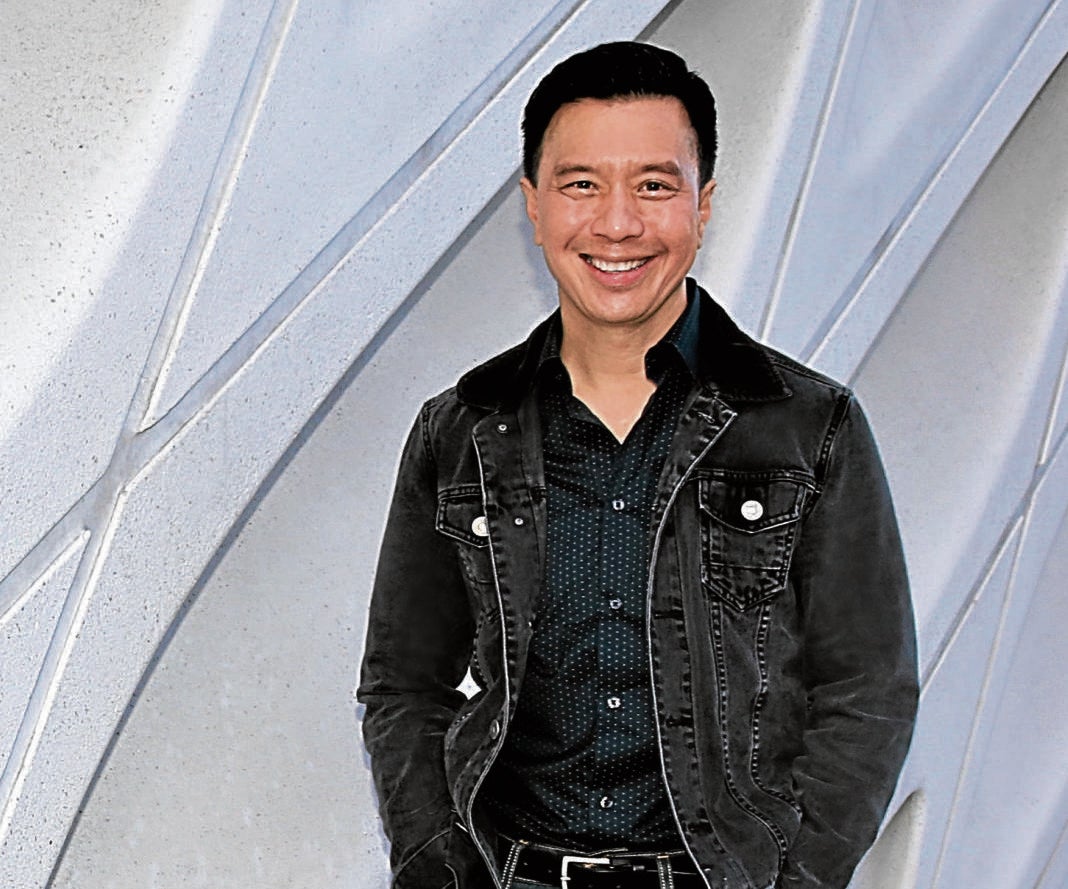 “It was definitely a high after the experience,” Reggie commented in our email interview about being able to film again since California went into lockdown due to the pandemic. “All Rise,” which also stars Wilson Bethel and Broadway performers Ruthie Ann Miles and Lindsay Mendez, needed a season finale.

The production came up with the idea for actors to perform over video chat in their respective dining rooms, home offices and living rooms. The actors took care of their own lighting, makeup and, for most of the cast, wardrobe from their personal closets.

“You never know how much you miss doing something until you get a little taste of it again,” said Reggie, who was born in Quezon City. “I thought, aw, what a tease that was. From the virtual table read, the costume fitting in my own closet to the days filming and setting up, I was definitely proud to be a part of what felt like history in the making. Huge kudos to the creative team of ‘All Rise’ and CBS for this amazing ‘thinking-out-of-the-box’ idea!”

The former star of NBC’s beloved “Grimm,” where he played Sergeant Wu and was responsible for several Filipino myth-inspired episodes, talked about how “All Rise” is different from his previous TV series experiences.

“For one, it’s shot in Los Angeles, so I get to be home for a change and not out of town,” said Reggie, who filmed “Grimm” in Portland, Oregon, from 2011 to 2017. “We actually film at Warner Brothers Studios, so it’s literally five minutes from my house.”

He added, “Also, this show is done at breakneck speed. We sometimes have a 70-page script that’s shot in seven and a half days versus the normal eight for an hourlong episode. We’re also asked to be word-perfect with no ‘ums,’ ‘I means,’ etc., so everyone has to be on his or her game.

“Greg Spottiswood, the wonderful creator of this show, always teases that we better speak fast if we want our scenes to make it into the final cut.” 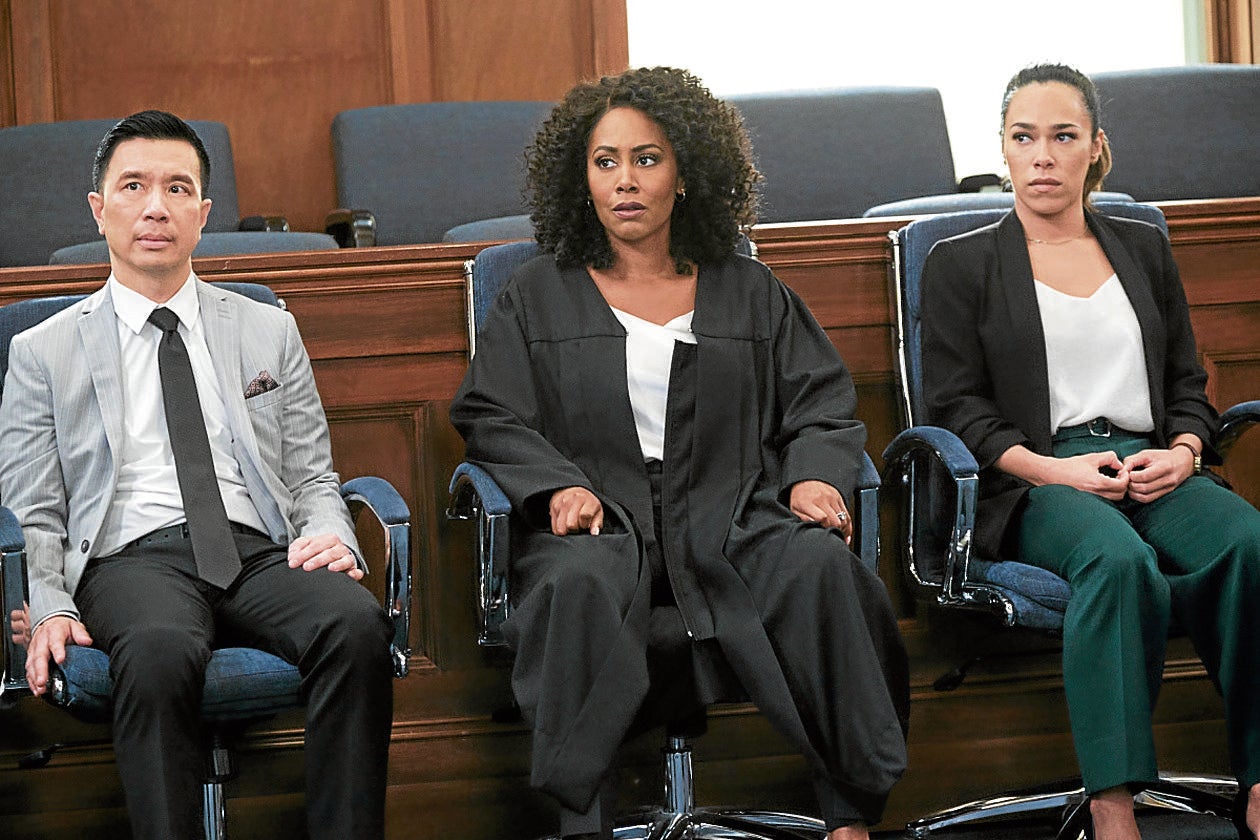 On what playing a head deputy district attorney like Thomas Choi in a mainstream TV drama show means to him as an Asian American actor, Reggie replied, “It’s definitely a step in the right direction to be cast in a leadership position. Interestingly enough, I read a statistic that said Asian Americans are discriminated against quite often with regard to being considered for leadership roles.

“And I love that they’ve created this character to really care about people, his office and the law, yet also manages his charges with utmost proficiency and leadership. It hopefully changes the perspective on how Asian Americans are viewed in this capacity.”

Speaking of Asian American actors, I asked Reggie about Darren Criss’ filmmaker character in Ryan Murphy’s 1940s-set “Hollywood” declaring that he is half-Filipino and how that hopefully is another step forward for more Filipino and Asian roles in Tinseltown.

“I’m actually five episodes in now, and I’m really liking it,” Reggie said of the Netflix series. “I didn’t know how I’d react, at first, seeing a ‘fairy tale’ versus the accounts we all know. Having worked so hard to get where we are as Asian American actors, and knowing the struggles that we continue to go through, I thought it might be kind of sad to see what it could have been like.

“But you know what? I’m finding that it brings me more hope than sadness. I really love Ryan Murphy’s approach and his inclusiveness. First and foremost, what really rings true to me is Darren Criss’ declaration that he’s half-Filipino. You often hear about Asian actors like Anna May Wong in an era like that, but to hear Filipino? Wow.

“To even imagine someone Filipino in an age like that in the film industry doesn’t even compute to me. So Darren owning that and getting it out into the world just profoundly does so much for the visibility of Filipinos as a whole. Can you believe we are the second largest Asian American community in the United States, but one of the most underrepresented in the media? So, as you can imagine, I was ecstatic when that was part of Darren’s storyline.” 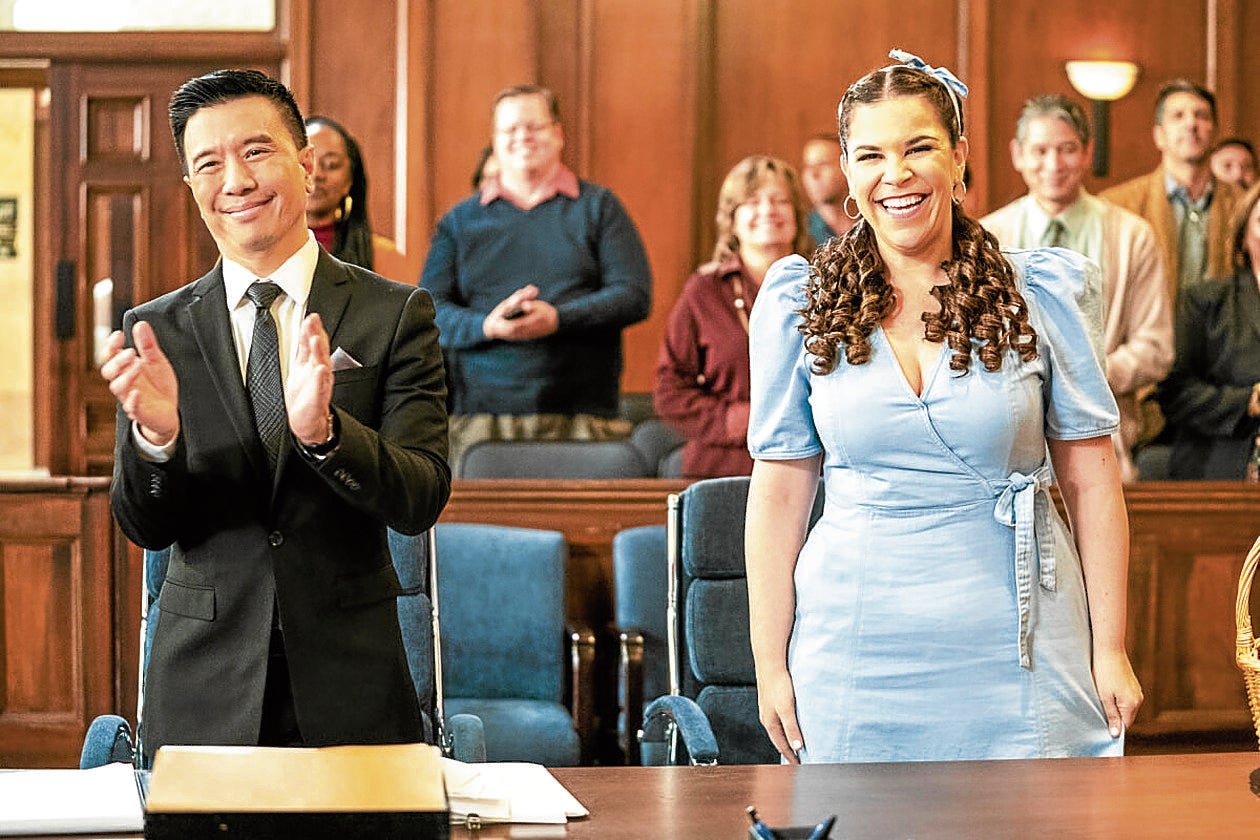 The Fil-Am actor (left), as a deputy district attorney, with Lindsay Mendez —CBS

Back to “All Rise,” Reggie cited the camaraderie of the cast and how it knows how to have fun in between breaks, singing and dancing inside the courtroom set.

“I’m so glad to have gone from the incredibly tight cast of ‘Grimm’ to this wonderful cast,” he shared. “It’s similar to how we were on and off set—just a family that starts from the wonderfully kind showrunners we have in Greg Spottiswood and Dee Harris-Lawrence to the compassionate, talented lead we have in Simone, the seasoned, grounding talent of Marg, and the sweet human beings in the rest of this amazing cast.

“And talk about diversity! They really did it right. We’ve also got two Tony winners (in a musical) in Ruthie Ann Miles and Lindsay Mendez. So, without fail, whether we’re in the courtroom or waiting in our chairs to film, this cast inevitably breaks out into song and dance. It’s just such a light, warmhearted set all around.”

“Reggie has certainly participated in many a dance parties on set,” said Simone Missick, who plays Lola Carmichael, an LA county superior court judge, in a video interview. “He’s always game to just fall right in line. There are some actors who come in and go, oh, they have known each other since the first episode—I am just going to stay back and let them do it. But Reggie is right there with all of us, just fully enjoying himself. It’s a good way to keep everyone’s spirits up on set when we are working 12-, 13-hour days.”

Looking ahead, Reggie revealed that he is producing “Concepcion,” a Filipino crime drama, with “Grimm” creator, David Greenwalt. He will also star in the TV series along with two other Fil-Am actors whose names are being kept under wraps for now. We are excited to hear about this project from Reggie, who is also in director Brian Andrew Mendoza’s action film, “Sweet Girl,” with Jason Momoa, Marisa Tomei and Isabela Merced. INQ