Boots grateful for 18 years of satisfying service as Mowelfund head 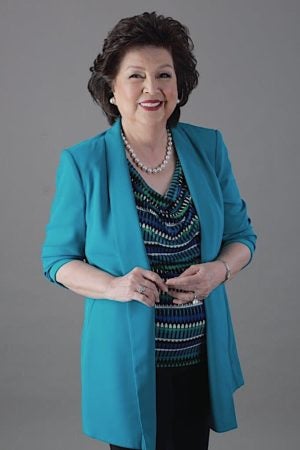 Our work with different theater groups, mostly for Nestor U. Torre and Monique Wilson, has allowed us to cross paths with seasoned show biz practitioners we hold in high regard, among them Gina Alajar, Angelu de Leon, Angel Aquino, Rio Locsin (who was exceptional as a rape survivor in “The Vagina Monologues”) and our “kapita-pitagan” friend Tommy Abuel.

But there’s another esteemed industry vet whose friendship we cherish to this day: Boots Anson Roa-Rodrigo.

We first worked with Tita Boots when we joined the cast of Nestor’s English production of “Be Not Afraid,” about the life of Pope John Paul II.

To be honest, the lure of “Be Not Afraid” was hard to resist: We played Edmund, the beloved pontiff’s doctor brother who eventually succumbed to the scarlet fever he contracted from a female patient.

The task was difficult as all get-out—after all, while the other members of the cast already knew their lines and blocking, I was just beginning to get used to the rushed and increasingly urgent rhythm and pace of the rehearsal process.

I was nevertheless thrilled at the prospect of acting alongside Tita Boots and Tommy, who were cast as the parents of Edmund and Karol Wojtyla (the pontiff’s real name).

Years later, I asked Tita Boots, who was then looking for “riskier” acting assignments to cut her thespic teeth into, to breathe life into the true story of a woman who appreciated her gender even more after giving birth to a beautiful baby.

Tita Boots, who turned 75 last Jan. 30, may have been the seasoned star she’s always been, but we had a memorable and more-than-pleasant time directing her in Eve Ensler’s groundbreaking feminist classic.

But we must admit, the irony of shuttling between a play about the Pope to an award-winning production about vaginas wasn’t lost on us.

Late last week, we had a short but significant chat with Tita Boots, not just to catch up with her during the lockdown, but also to ask her how she felt about her “retirement” as president of Mowelfund, which she headed since 2002. The group continues to champion programs that support our movie workers’ welfare, especially in these trying times. That “milestone” happened last Friday, when Tita Boots handed the reins over to Rez Cortez. Despite that, she said she will continue to serve as a member of the board.

But even as she told us about her decision to “slow down and step back,” Tita Boots was still “endorsing” to us the projects of the institution she has served so well through the years.

“Mowelfund has initiated ‘MowelCares,’ a direct cash-assistance program to 2,200 beneficiaries during the enhanced community quarantine. This is over and above the regular benefits they get,” she explained. “I leave the presidency with a grateful heart. I’m grateful for the grace and privilege to serve the marginalized workers—the least, the last and the lost—in this industry that I love.

“I never looked at my presidency as work, or as source of food on our table. It was a way to give back to the industry that has been good to me and my family.”

Even before she became its head, Tita Boots was already serving the Mowelfund Board since 1993. But while challenging, her years with the institution have also been deeply satisfying.

“The foundation faced many challenges for almost 11 years,” she admitted to us. “But with cost-cutting, fundraising and with support from the Metro Manila Film Festival and former president Joseph Estrada, its founding chairman, who never abandoned us, we have recovered over the course of six years.”

“We are now preparing for our 50th anniversary in 2024—after 46 years of continuous welfare!”