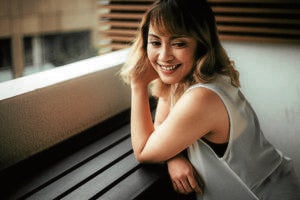 Because it relies on public gatherings to sustain itself, the live music scene has turned out to be one of the worst-hit sectors by the Covid-19 pandemic. It was one of the first ones to shutter its doors, and most likely, one of the last ones to open in the future.

So, in an effort to provide assistance to music venue employees in Metro Manila, pop-rock artists Aia de Leon, Barbie Almalbis and Kitchie Nadal have teamed up with Gabi Na Naman Productions (GNN) in turning the third installment of their “Secrets” concert series into an online fundraising drive.

The concert, which will be live streamed via the trio’s Facebook page (facebook.com/aiabarbiekitchie) tonight at 8, will benefit independent music venues, including Route 196, Mow’s, Saguijo Café + Bar, Jess and Pat’s, ’70s Bistro, 123 Block and Social House.

“Gatherings are the spine of our income. For as long as the virus is unbeaten, the chances of the live scene being robust again are very low,” Aia, former lead vocalist of the band Imago, told the Inquirer in an email interview. “This is a problem of global scale and has hit all businesses.”

Aia considers such places like her second home. And while they’re all close to her heart, ’70s Bistro will always be special to her career, as it was one of the first venues that allowed her to share her “amateur talents.”

“I miss the very focused and controlled feeling of playing with bandmates. Every venue, every audience also offers a different experience,” related Aia, who had recorded some of Imago’s popular hits—“Sundo,” “Akap,” “Taralets”—prior to her departure from the group in 2013.

It remains to be seen how the live music scene would look like after the pandemic. And the sense of uncertainty among artists couldn’t be helped.

“This is the most uncertain and most vulnerable moment of my life, and the only answers I have are really God’s promises,” Aia said.

The past two “Secrets” shows were held at Music Museum in 2016 and 2017. Little did Aia, Barbie and Kitchie know that the next one would be mounted digitally. And while they will be performing from the comforts of their own homes, the format still presents unique challenges.

“There are many technical considerations to think of, many skills to put to test that aren’t really in the scope of your craft, like finding proper light to shoot in, developing mad editing skills, etc.,” Aia pointed out.

“It takes a lot of time and effort because the things typically done by the production and graphic design teams, the stylists and makeup artist … you have to scale down to probably two people.”

But still, Aia expects to have a great time performing with Barbie and Kitchie, whom she described as having an “unprecedented grace … they’re like an oasis for the spirit,” she said.

Meanwhile, GNN’s Milley Habito, one of the show’s executive producers, said having a “vibrant and bustling music scene” would be impossible without the workers who dedicate their lives to helping mount gigs and run music venues. INQ