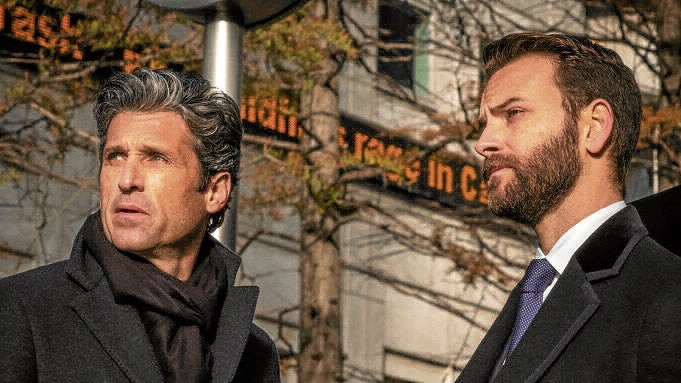 The world is Massimo Ruggero’s oyster—or so it initially seems. But just as the go-getting Italy-born investment trader of the New York London Bank (NYL) in London is set to ascend to greater heights, his overreaching ambition, not to mention his sketchy past, begins to catch up with him.

Such is the intriguing conflict brewing in the 10-episode financial-thriller series “Devils,” based on Guido Maria Brera’s novel “I Diavolo,” about a guy (Alessandro Borghi) who comes face-to-face with the “devils” manipulating the world of global banking from the shadows.

The show began its two-episode telecast on April 18 at 9:45 p.m. on Blue Ant Entertainment (channel 53 on SkyCable and Destiny) and culminates with a 10-episode marathon on May 16.

Set in the world of banking and finance three years after the global economic turmoil in 2008, “Devils” follows the flip-flopping fortunes of charismatic Massimo (Borghi), who looks set for promotion at NYL after a series of gutsy risk-taking and stunning successes.

His difficult past is the high-octane fuel driving Massimo’s ambition. He is a foreigner trying to do well in the Anglo-Saxon world he’s been welcomed—a poor boy from a small Italian fishing village who grudgingly “bailed out” of his marriage to lovely Carrie (Sallie Harmsen) to get to where he is.

Of course, Massimo wants nothing but a worthy payoff for his sacrifice. Now, everybody expects his powerful American boss and mentor Dominic Morgan (Patrick Dempsey, refreshingly “hard-hearted” for a change) to declare Massimo the next vice CEO of the company!

Then, the young Turk’s fortunes take a tumultuous turn when his bipolar ex-wife Carrie, now moonlighting as a lap-dancing prostitute, ends up dead after a drug overdose—a salacious turn of events that compels Dominic to withdraw his support for Massimo.

To make matters worse, when Edward shockingly jumps to his death, the upward trajectory of Massimo’s once-rosy career is jeopardized even more when he is named the prime suspect responsible for the tragedy!

Quickly realizing that his once-supportive boss seems to be hiding something, Massimo gets in touch with his contacts to help him clear up his name by teaming up with London-based Argentinean blogger-hacker Sofia Flores (Laia Costa), who blames NYL for the suicide of her brother!

Backing up Sofia’s revenge-fueled “initiative” is the mysterious leader of the whistleblowing counterinformation group called Subterranea, Daniel Duval (Lars Mikkelsen), the “reformed” economic hitman who raised Sofia. It doesn’t take a Master’s degree in economics to realize that Daniel has bigger fish to fry.

There are clarificatory motivations behind Daniel and Sofia’s actions, but even Dominic’s decisions and motivations are vividly delineated. Married to American heiress Nina (Kasia Smutniak), Dominic’s uncompromising take-no-prisoners approach to banking and trading has become even more unforgiving after the death of their estranged soldier son, John, who died during a tour of duty just outside Basra in Iraq.

But in this coruscating scenario develops another complication: Nina is as drawn to Massimo as she is loyal to her troubled hubby!

“Devils” maybe about a highly specialized field and industry, but it’s clever enough not to overwhelm laymen with issues, jargon and characters whose motivations are beyond comprehension.

Even its “supporting” characters are given backstories that explain the difficult decisions they make, like that of Massimo’s pugnacious right-hand man Paul McGinnan (Harry Michell), who ends up betraying his boss after he’s caught red-handed indulging in his hard-to-shake drug habit and in one-night stands with gullible minors.

Another engaging character we find appealing is Oliver Harris, an exceptional student who’s even more gifted as a hacker and sleuth, portrayed with quirky energy by Malachi Kirby.

With these characters around, things go from bad to worst pretty fast—and it’s only a matter of time and quick-thinking before one of them outsmarts and outwits the other!