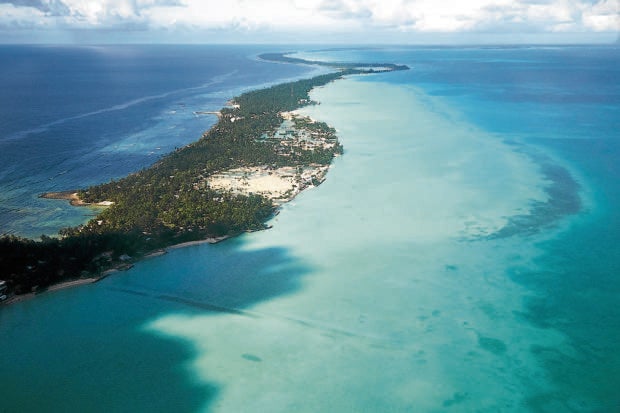 The iwonder docu, which premieres on April 30, examines the plight of the people of Kiribati.

There are a lot of Solomo­nic life-or-death choi­ces the global community must make in these trying times, the most urgent of which involves the untold ha­voc wreaked by the new coronavirus disease (COVID-19) pandemic.

But the Republic of Kiribati, the only country in the world situated in all four hemispheres, is waging a war that is just as deadly.

This sovereign state (population: 110,000), a former Uni­ted Kingdom colony in the central Pacific Ocean consisting of 32 atolls and one raised coral island called Banaba, is in a race against time looking for ways to save its people and culture from the destructive reach of climate change.

The once hurricane-free zone is now falling victim to flash floods, increasingly violent typhoons and rising water levels as a result of shifting global weather patterns.

While it’s fighting not to get completely “swallowed by the sea,” two of its uninhabi­ted atolls, Arorae and Tamana, have already been washed off by the ocean. And if scientific calculations are accurate, and nothing is done to reverse the rising sea levels—which rise at a rate of 3 millimeters annually—the whole country will be submerged underwater within the next century!

In Canadian filmmaker-photographer Matthieu Rytz’s 77-minute documentary “Anote’s Ark,” the aforesaid dilemma has taken shape as an advocacy. It carries with it an urgent plea for help that’s desperately being sought by former Kiribati President A­note Tong wherever he goes—whether in a meeting with Pope Francis at the Vatican or during a climate-change conference with former US President Barack Obama.

Rytz’s probing film, which debuted at Sundance in 2018, will be streamed exclusively on the all-docu streaming app iwonder beginning April 30. (Go to iwonder.com for its free 30-day trial promo.) 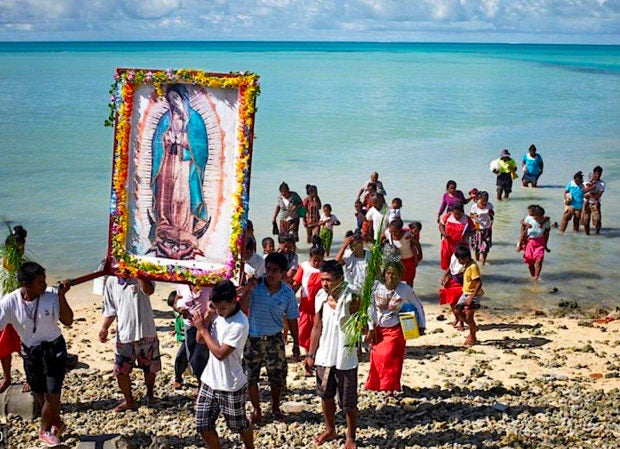 Will the country’s colorful culture and traditions sink along with its low-lying atolls?

Consistently compelling but occasionally meandering, the gorgeously photographed “Anote’s Ark” mulls the impending annihilation of a race and culture as it interweaves two poignant stories: While Anote mulls the grim country-less future of his grandchildren in a sobering reality check, his dilemma is nevertheless being played out on the world stage.

But Anote’s tribulations are made even more intimate and personal by the struggles vivi­fied by his poverty-stricken people—among them Sermary Tiare. The 35-year-old mother of six is torn between staying in Kiribati while finding ways to make ends meet and moving to Auckland, New Zealand, for greener pastures, as she confronts the inevitable changes her country is going through.

Sermary has been given one of only 75 grants allotted by New Zealand’s Citizenship Promo Program for Kiribati resi­dents. As a result, she obtained a work permit to be a low-wage laborer picking kiwifruit and apples in the Hastings District, a food production region that produces fruits, vegetables and red wine.

But is Sermary willing to leave her husband and kids behind while she works in a foreign land, where she must wait for six months for her papers to get formalized? The fact that she’s pregnant again doesn’t make her situation any easier. 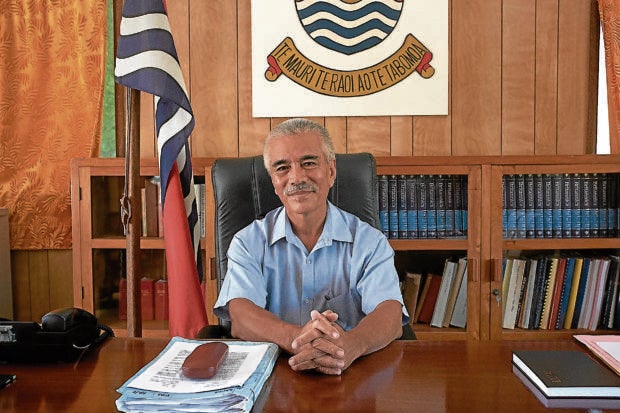 As a proactive measure to address the problem, ex-presi­dent Anote, who finished his third term in 2016, has persuaded Kiribatian legislature to release A$9 million (approximately P290 million) for the purchase of a 20-square kilometer land on Vanua Levu, the second largest island of Fiji, as a fallback migration destination and a “safe haven” for his people—if and when the islands become uninhabitable!

But are the people of Kiribati willing to give up their rights as a people to live in a land governed by another sovereign nation?

Anote is considering ano­ther “high-tech” option: Broached by a technology firm in Japan, he’s thinking of “commissioning” an underwater city on two floating islands in the Pacific Ocean that can support deep-sea living for 30,000 to 50,000 people each.

You may find the sci-fi-sounding idea a little excessive and far-reaching, but time is running out, Anote says—and he’s desperate.

Moreover, given how “testy” the weather patterns have been in the past couple of years, Kiribati could well be a microcosm of a planet in dire need of environmental “rebooting.” Man’s recklessness and negligence are fast catching up with him—and that’s more “science fact” than science fiction.

“Climate change is neither a political nor an entirely economic issue,” the former presi­dent stressed, as he justified the purchase of the land in Fiji. “The issue, especially for countries like ours, is survival! It is the greatest moral challenge for humanity.” INQ