Celebrities, like many Filipinos staying home, are tapping into new skills during the enhanced community quarantine (ECQ).

With hairdressing services unavailable amid physical distancing measures, local personalities are taking matters into their own hands.

Actress and artist Solenn Heussaff hacked off her husband Nico Bolzico’s locks right before the onset of the Luzon-wide lockdown which was declared on March 16 and officially started March 17.

“I promised Solenn to cut my hair and also I promised Solenn not to leave the house. I have to keep both promises and there’s only one way,” he said in the video of the haircutting session posted on his Instagram page on March 14.

Heussaff laughed as he looked nervous throughout the process. At the end of it, Bolzico ended up shaving his own head.

Bolzico poked fun at his new look too, posting pictures on March 18 which showed that he expected to look like Brad Pitt but ended up resembling “Hunger Games” star Woody Harrelson.

Actress Marian Rivera found a happy client in husband Dingdong Dantes after she gave him a stylish fade haircut on Tuesday, April 14.

“Satisfied naman daw sya sa gupit ko lol (He said he is satisfied with my haircut),” Rivera said on her Instagram Story, posting a shirtless picture of him with his new hair. 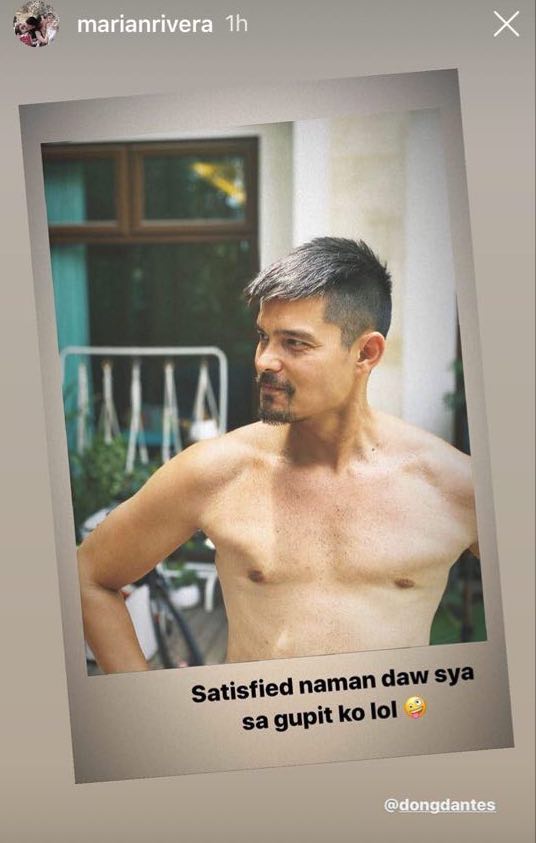 Dantes meanwhile gave a haircut to their son Sixto on his first birthday on Thursday, April 16.

Dani Barretto also tried her hand at being hairdresser to her husband Xavi Panlilio, as seen in a YouTube video posted on April 17.

“He’s been so annoyed with his hair already and I keep telling him, ‘I’ll cut it, I can cut it,’ although in reality wala naman talaga akong alam sa paggupit ng hair (I know nothing about cutting hair),” she said in the introduction of the vlog.

“At the end of the day, kung panget, siya ‘yong talo kasi (if it’s ugly, she loses because) she looks at me more than I look at myself,” he quipped.

At the end of it, Barretto pulled off a respectable haircut with a fade. Panlilio rated it as “7.2 out of 10.” 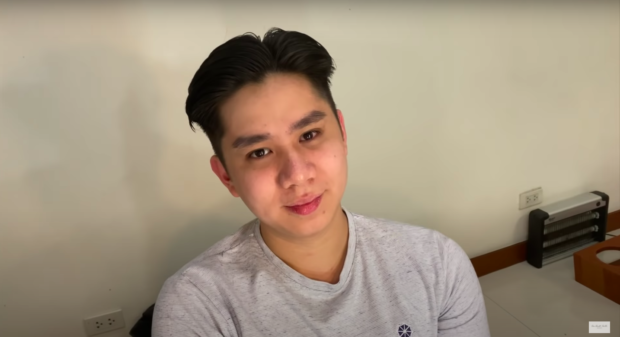 Actor Zanjoe Marudo also tapped into some barbershop skills when he shaved his dad’s head outdoors, as seen in a picture on his Instagram account yesterday, April 18.

“I hope someday my son will cut my hair,” Marudo mused, playfully punctuating his wish with the expression “kwentong barbero” (which means exaggeration) as hashtag.

With the ECQ extended to April 30, we will probably be seeing more of these haircuts from home. JB