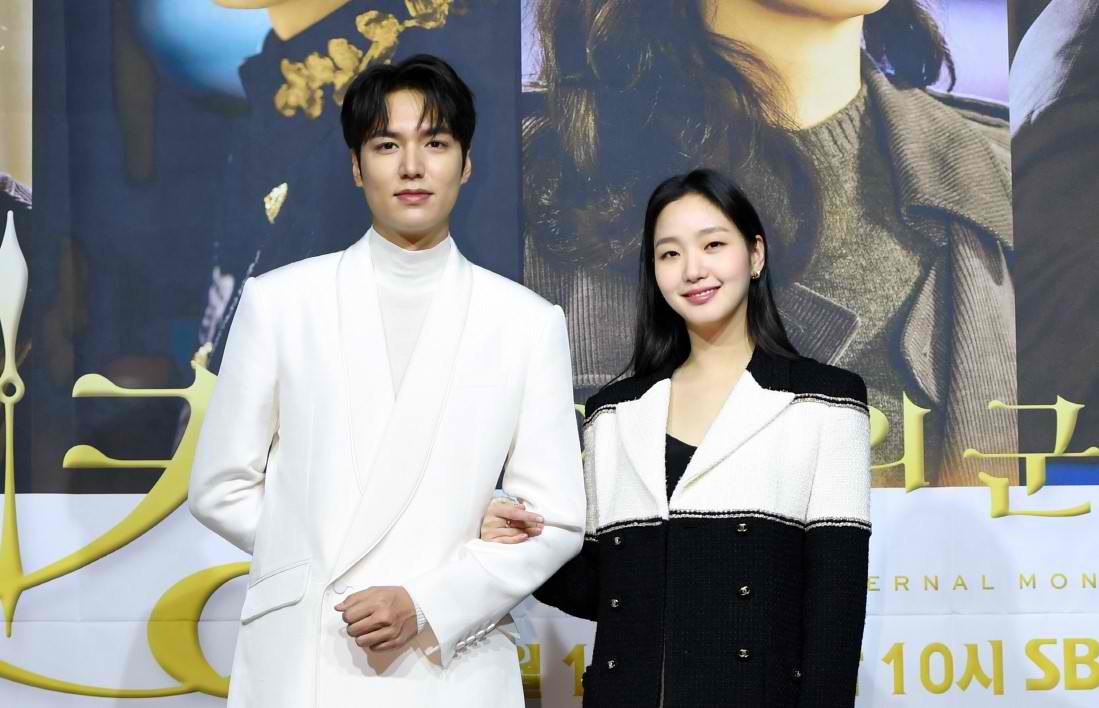 SEOUL — Lee Min-ho is returning to the small screen for the first time in three years through SBS’ “The King: Eternal Monarch,” which started airing Friday night.

Lee, in his first role since completing his military service in April 2019, partners with Kim Go-eun, who is also returning to the screen three years after the hugely popular “Guardian: The Lonely and Great God.”

The romance fantasy tells the story of people who exist in two parallel universes of a fictional Korean empire, and a modern world similar to today’s South Korea.

Lee, 32, plays the role of Emperor Lee Gon, who tries to shut the doors between the two worlds to save his people. Lee Gon, the Korean empire’s third emperor, is a multifaceted character, skilled at both sports and mathematics.

Actress Kim plays two roles — Jung Tae-eul, a modern-day detective who travels between the two worlds to help Lee, and Luna, living in the past.

“It’s like a pretty fairy tale. While the drama portrays a warm feeling overall, it is built on a concrete story with seemingly alive characters breathing inside it,” Lee Min-ho said during a press conference livestreamed online Thursday.

Lee, who said he is both anxious and excited to finally return to television, added that the last three years have been a time for him to look back on his life and overcome his shortcomings as an actor.

“Entering my 30s, I think I’ve come to see what is the most fundamentally essential, whether in work or relationships with people,” Lee said.

The 16-episode series will air at 10 p.m. on Fridays and Saturdays.