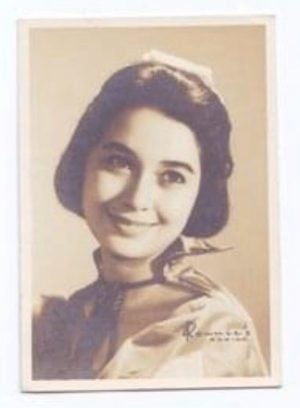 Marita Zobel in her younger years

“I wish for the virus to be gone by that time, and for people to come out better children of God after the experience,” said Marita Zobel when Inquirer Entertainment asked her for her birthday wish. The veteran actress will be celebrating her 79th year in June.

Marita was referring to the deadly new coronavirus disease (COVID-19), which, as of press time, has already infected over 3,000 Filipinos and 1.4 million people worldwide.

Marita also wished for show biz people to “remain relevant at this time when the world is changing so much.”

She said she was proud of industry people like Angel Locsin, “who built tents in different hospitals,” and Edu Manzano, “who gave away face masks and parts of PPE (personal protective equipment).”

“Some composed songs to inspire others. These celebrities are doing so much,” Marita beamed. “They’re not just here to entertain. If you’re a celebrity and your fans see that you’re helping others, they feel inspired, too. They see the side of you that’s ordinary, that’s human.”

Marita added: “What [these industry people] are doing now is really beautiful. I want to congratulate them. As for us elders, we also communicate. We lead everyone in prayer. We have become their prayer warriors.”

Marita, however, said she wasn’t always proud to be an actress. She became an LVN Pictures artist when she was 17, but there was a point in her over six decades in the biz that she almost thought of quitting. 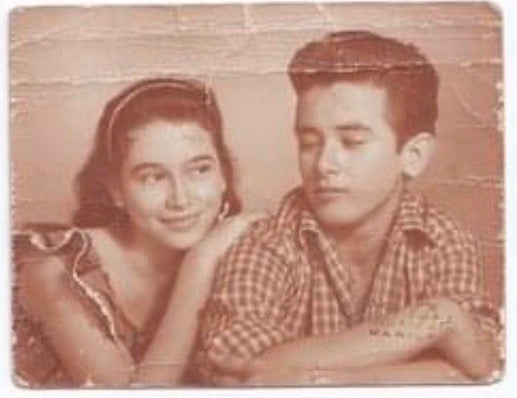 “Looking back, I now find it funny,” she began. Marita was then paired with the late Lou Salvador Jr., dubbed the “James Dean of the Philippines,” when she encountered the equivalent of what is known today as “bashers.”

“They said that I was so in love with Lou, that I was chasing after him. I felt so ashamed. I thought, ‘I’m a girl and these talks are not good for my reputation.’ I cried hard and told my mom about it. She simply said that rumors and controversies are part of the business, and that I should get used to them,” recalled Marita.

“There was also another incident with my brother, whom I’m very close to. He paid me a visit at the studio. I hugged and kissed him when he arrived. Shortly after that, people said I already have a boyfriend and that we were kissing in public. Now, I just laugh when I remember those moments. These days, celebrities experience attacks that are far worse,” the actress pointed out. 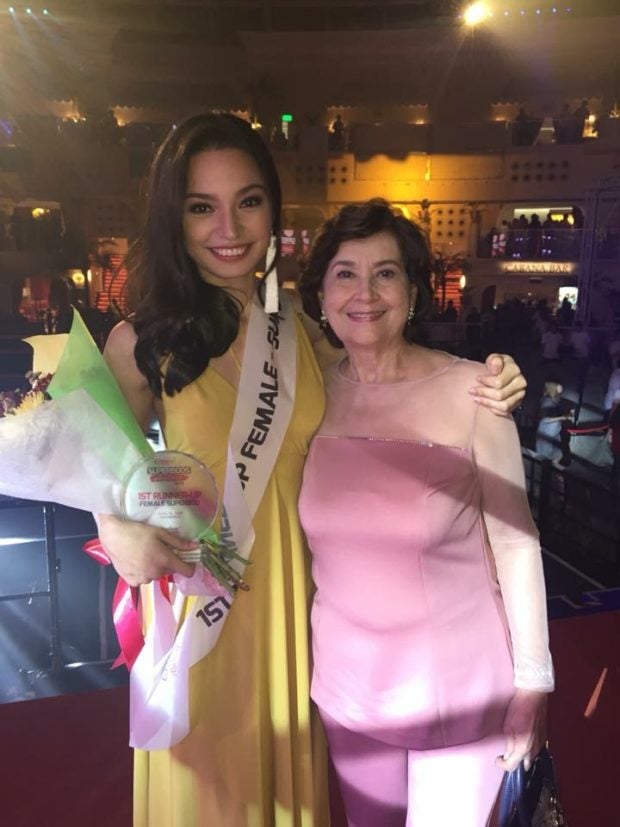 In real life, Marita is Mary Ann Blanch, whose family hails from Iloilo. She had wanted to join show business because she was a huge fan of Gloria Romero, whose films by Sampaguita Pictures she all got to see. Marita joined and won the contest called “The Search of Good Girl, For Bad Boy,” and appeared in films like “Kaputol ng Isang Awit” (1949), “Faithful” (1958) and “Biyaya ng Lupa” (1959).

What she said she loved about being an LVN Pictures contract star was that “I had siblings outside my own family.”

“We were all really close,” she recalled. “Making movies didn’t feel like work for me. I just had fun. I became serious about it later on when I did ‘Biyaya ng Lupa’ and got nominated for best supporting actress.”

She was last seen on the big screen in Atom Magadia’s drama “Dagsin” (2016), which won for her the best actress award for a cameo role at the 2017 Urduja Film Festival. On TV, she appeared in drama programs aired by ABS-CBN and GMA 7. Her last was in 2018, titled “Kung Nahati ang Puso,” broadcast by the Kapuso network.

Marita had hoped for even just one of her kids to follow in her footsteps and become an actor, “but I guess it wasn’t meant to be,” she declared. “My youngest, Paul, did a couple of movies. He would fetch me at work sometimes and directors would include him in their projects. But he didn’t last long because he hated waiting on the set for long hours.”

Now, her eyes are trained on her grandkids. “I encourage them to try their luck in show biz, but I don’t force them,” she said, excitedly adding that her granddaughter Maria Ysabella Ysmael will be representing Parañaque City in the first Miss Universe Philippines pageant in June.

“It’s really her dream to become a beauty queen,” said Marita, the proud grandma. “I’m happy that she’s now starting to do something about that dream. When I was just starting, beauty pageants weren’t as prestigious. Now, girls become the country’s ambassadress of goodwill and get to go around the world. They are also able to promote their advocacies.”

Marita said she intended to help her granddaughter prepare for the pageant. “Her advocacy is mental health awareness, which is very good. I will still talk to her about it and give my own piece, which she might be able to use [during the contest]. I told her I’m happy for her because it will open doors for her. It can even pave the way for her to join show biz,” Marita said. “Bella is having second thoughts because she said she doesn’t know how to act, but I told her that, these days, you already have workshops where you can learn all about acting.”