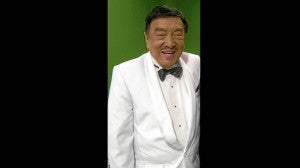 MANILA, Philippines—Senator Lito Lapid, a former action star, said five veteran actors, including former President Joseph Estrada should be named as the new National Artists for Cinema of the Philippines.

Aunor and Santos-Recto, Lapid said, also deserved the title, citing their significant contributions to the development of Philippine arts.

He said the movie industry would not have been that alive “if not for these equally talented actresses who had their share of critically acclaimed performances in several award winning film projects.”

“Dapat pareho silang gawaran ng titulo kasi kung hindi baka mabuhay ang mainit na labanan sa pagitan ng mga fans ni Nora at Vilma (We should give Nora and Vilma the honor at the same time or else we might bring back the skirmishes and in-fighting among their fans brought by their intense rivalry),” Lapid said.

The senator recalled how supporters of both camps engaged in a heated clash at the height of their career.

“Tingin ko nga ay naging mas mainit pa yun ke sa gulo ngayon sa Scarborough Shoal (From what I see, those clashes among fans during their time were more perplexing than what’s happening in Scarborough Shoal) ,” he said, referring to the ongoing standoff between the Philippines and China over the disputed island.

As equally deserving talents during their time, Lapid said Aunor and Santos-Recto “should share any distinction that may be given to anyone of them.”

Aside from her occasional visits in the Philippines for vacation and some projects for television,  Aunor has been based in the US for nearly a decade. Santos-Recto is incumbent governor of Batangas province and wife of Senator Ralph Recto. 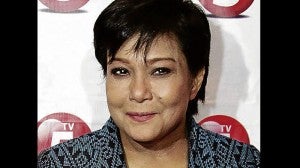 The Order of National Artist of the Philippines, though wracked by controversies in the past, is ideally the highest national recognition given to Filipino individuals who have made significant contributions to the development of the seven arts in the Philippines, one of which is cinema.

Among those conferred in the past as National Artists for Cinema were four directors; Lino Brocka, Ishmael Bernal, Eddie Romero, Gerardo de Leon; and one actor-director, Ronald Allan K. Poe, popularly known as Fernando Poe Jr. or FPJ.

The 88-year-old Romero is the only one alive.