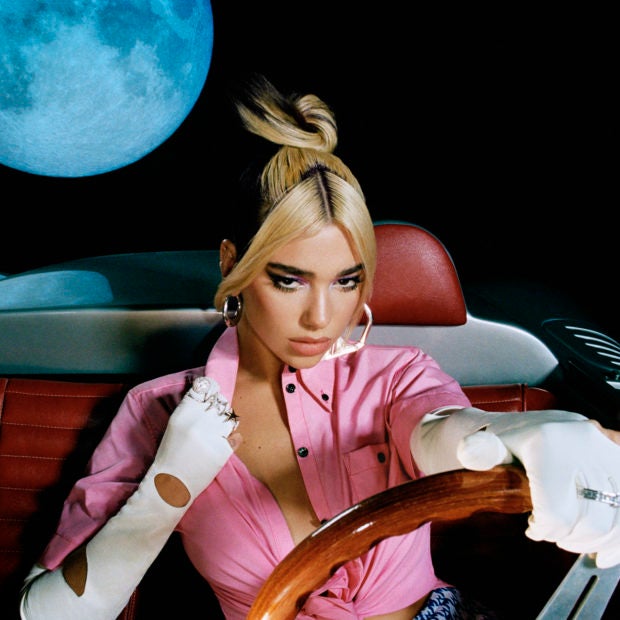 More than the disease it causes, the coronavirus’ continued spread has also been inducing fear and anxiety, which could eventually take a toll on one’s mental health.

And in these trying times, pop star Dua Lipa advised people to turn to their friends and loved ones for support.

“These are very testing and unsettling times. One thing to remember is that we’re all going through this together. So, when you do call your friends, they’re in exactly the same place as you are and that always gives you a bit of clarity and calm,” she said in a video interview with “Good Morning Britain.”

In Dua’s case, it’s her boyfriend, Anwar Hadid, keeping her company. The couple is currently renting and self-isolating in an AirBnB, after finding out that her apartment had been flooded while she was in Sydney for a gig. But it’s “all good,” she said.

“My boyfriend and I are quite used to making anywhere a home. We travel a lot, so this is fine. It has been really good. We’re good at doing our own things, and then coming together when we want to watch a film, or play a game, or do some painting, or go on our daily walks,” she related.

The 24-year-old artist cautioned dismissive people, likening COVID-19 to a regular flu, not to underestimate the virus. “It’s not just the flu and it doesn’t just affect the older generation. It’s incredibly dangerous. Some younger people may have stronger immune systems … but it can still be a detriment to your health,” she pointed out.

And as the chorus of her new hit single “Don’t Start Now” goes, people better “don’t show up, don’t come out,” if they can help it. “It’s about thinking about all people and working together collectively … I do think that we have to look after each other, and be kind and think about the bigger picture,” she said, adding that self-isolating is a relatively smaller price to pay, given that her parents had to endure wars in their native Kosovo.

“The sooner we stay indoors then, hopefully, the sooner we will go back to normal life,” she said. “But that wouldn’t happen unless we take it seriously.”

While most artists have been either postponing or canceling their scheduled music releases because of the pandemic, Dua decided to push on and dropped her sophomore album, “Future Nostalgia,” last month.

And the risk seems to be paying off: Not only is the new album projected to debut in the Top 5 of the Billboard 200 chart in the coming days, but it has also been earning rave reviews, with critics describing it as “great” and “cohesive” disco offering that paints Dua as “an artist in total control.”

“I made this album to get away from any pressures and anxieties and opinions from the outside world,” Dua, who cowrote all 11 songs in “Future,” said in a recent interview with the BBC.

“It was made to be listened out in the club … [and at] festivals. But at the same time, I wanted to give people some happiness during this time, where they don’t have to think about what’s going on, and just shut off and dance,” she said. “Maybe it just had to come out now, rather than later.”—Allan Policarpio