Why Tony feels pressured ‘all the time’ during kissing scenes 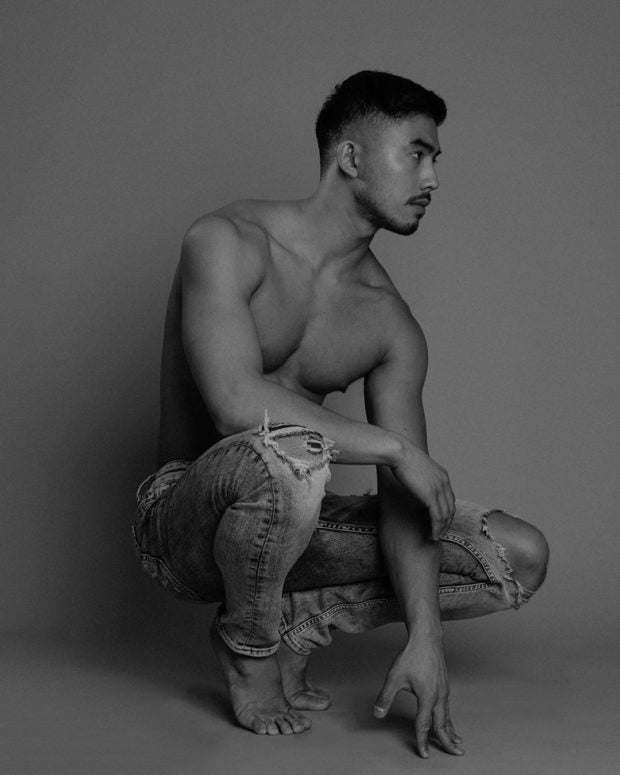 Tony Labrusca said he was aware that “people expect loves scenes and French kissing” when they find out that he is part of the cast of a particular project.

“It’s weird because recently, there are more projects where people want to see me—this may sound awful—kissing with tongue,” he pointed out. “Before, you won’t usually see that (in locally produced projects). Now (especially after seeing Tony with Angel Aquino in ‘Glorious’), they think that a character is edgier when he is shown doing just that,” the 24-year-old actor said.

Tony, whose entry to show biz was via the talent search “Pinoy Boyband Superstar” in 2016, said that “all my contemporaries kind of went one way, while I went a different path. What happened was unexpected for me, as well as interesting,” he said of his decision to assume more mature and sexy roles compared to his show biz batchmates.

“Glorious,” the controversial May-December love story on iWant, was released in 2018. Tony also got to lock lips with Eugene Domingo in 2019’s “Ang Babae sa Septic Tank 3: The Real Untold Story of Josephine Bracken,” as well as with Julia Barretto in the mystery-thriller series, “I Am U” (2020).

Prior to these, he was also seen in the sexually charged psychological-thriller “Double Twisting, Double Back,” and the dark drama “ML.” On the small screen, he was paired with Bela Padilla in “Mea Culpa: Sinong May Sala?”

“I also like it that my leading ladies know so much more than I do in terms of acting. I’ve always had so much more to learn from them,” he pointed out. “What’s hard is that when it’s me, the expectation seems so high. ‘Kapag si Tony, magaling humalik.’ I feel the pressure all the time.”

Since he was never part of a love team and each of his projects were with a different leading lady, Tony said, “I’m always nervous about how they think I will tackle the kissing or love scene. I don’t want to break their boundaries. The first time is always so nerve-wracking. I also don’t want them to feel disrespected.”

He added: “With Angel and I, we did so many kissing scenes on our first shooting day that we already knew how to kiss each other the next day. That’s not the case with everybody else, that’s why it’s so hard. After every take, I’d worry if my breath were still fresh. I would always have that kind of insecurity.”

Tony said he would always go through a process before tackling a love scene. “I first try to find out what the director wants. It helps when the director would ask me and my coactor if we’re comfortable with what we’re about to do. For me, It’s important to strike a balance between being a professional and being sensitive to how my partner feels. That’s why I also ask the girl how she wants me to kiss her,” he explained.

“I Am U” is currently airing on ABS-CBN as a replacement for the Gerald Anderson starrer, “A General’s Daughter,” during the monthlong Luzon-wide community quarantine. INQ