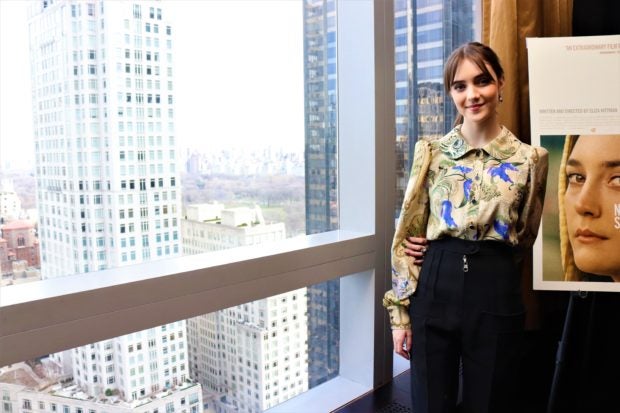 LOS ANGELES—It’s not often that a first-time actress’ projects include being directed by Steven Spielberg—in his 2020 version of “West Side Story,” no less—and costarring in a film that won awards in Berlin and Sundance film festivals.

And if you’re only 17 years old and still in high school like Talia Ryder, what could be a better way to make your screen debut?

Talia is listed in the main cast of Steven’s much-awaited take of the Broadway musical, not the 1961 film. She and Sidney Flanigan are coleads in director Eliza Hittman’s abortion drama, “Never Rarely Sometimes Always,” which has a score of 99 percent on Rotten Tomatoes, as we write this. 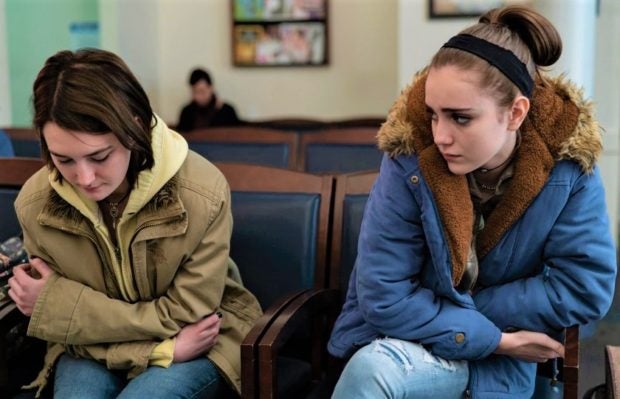 “I was really nervous going into this (‘Never…’) and ‘West Side Story,’” admitted Talia, who is one of 2020’s hot newcomers, just by virtue of her first two film credits. She is just as strikingly beautiful in person, on a recent morning in the Mandarin Oriental in New York.

“But in both projects, Eliza and Steven both made them feel like a safe environment,” added the debuting actress who was born on Aug. 16, 2002 in Buffalo, New York.

She said, “My character actually doesn’t get to sing, but there is a lot of singing in ‘West Side Story.’ I was not a singer or actor. I started as a dancer when I lived in Buffalo. I came to New York during summers to do different dance intensives because the dancing is incredible in the city.”

How she landed her Broadway debut role in “Matilda” in 2015 is also an interesting story. “My mom (Kristin Clark) took me to see ‘Matilda’ on Broadway. After seeing it, my sister (MiMi Ryder) and I begged her to let us audition. Once we passed the rounds of dance auditions, they asked us to sing. Neither my sister nor I sang. So we Googled what should you sing at an audition and learned on the spot. But now I love singing.”

Talia bagged the Hortensia role, while MiMi landed the title role. The Ryder sisters are said to be the first set of siblings to perform at the same time on Broadway.

“My mom is awesome,” said Talia, who credited Kristin for driving them to auditions and dance lessons in New York. “She drove six hours from Buffalo to New York to let us do that. When I lived in Buffalo, I danced like 20 hours a week. All that dance experience definitely helped in landing a role in ‘Matilda.’”

On snagging a part in “West Side Story,” Steven’s take of the 1957 stage musical that tackles forbidden love and the rivalry between the Jets and Sharks, Talia shared, “The auditions were pretty intense. We went through a bunch of callbacks. They would make cuts like on that day, right there.”

One day, Kristin filmed Talia when she arrived home. “I was out studying with a friend and I came home. My mom filmed my reaction. I was like, ‘Why are you filming?’ Then, I quickly caught on and started crying.” That’s how she learned Steven gave her the part.

On her relationship to “West Side Story,” Talia replied, “When I was 10, I did a dance to ‘America.’ I’m obviously not a Shark in the movie. I was familiar with the music and the original choreography. But the choreography is different in the movie.”

Talia, being a dancer at heart, gushed at the choreography by Justin Peck in Steven’s version. The late Jerome Robbins famously choreographed both the original stage production and the 1961 film, “West Side Story.” “Justin choreographs for the New York City Ballet. He’s a genius. The dance steps are so intricate.”

“That’s a tough question,” Talia answered when asked if Steven’s adaptation leans more toward drama or musical. “The film definitely handles some very serious topics. I don’t want to give away too much, but I think in this adaptation, it finds a beautiful balance between the light moments of a musical and the gritty, honest moments of a drama.” 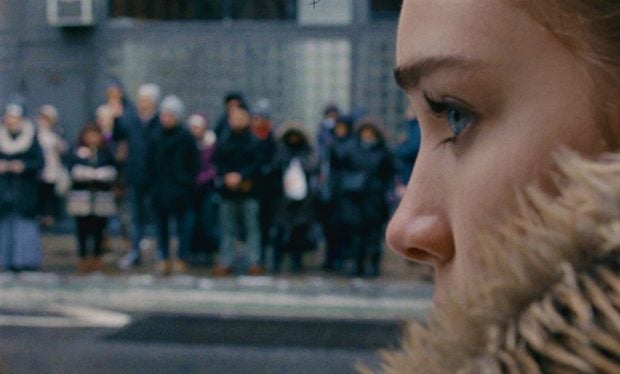 As for being directed by Steven himself in her second film, Talia said, “I grew up watching all his movies. It was obviously intimidating going onto a project that big, but it didn’t feel any different than this film, ‘Never Rarely Sometimes Always.’ The energy was the same. Steven made himself approachable.”

Skylar accompanies Autumn, who is pregnant, in her journey from Pennsylvania, which prohibits girls under 18 from ending a pregnancy without a parent’s permission, to a Planned Parenthood clinic in New York.

One of the cousins’ shared experiences is being sexually harassed in the local grocery store where they work as clerks. “I feel like every woman at some point in her life has experienced that unwanted energy from a male counterpart in any situation,” Talia said. “Nothing to that extent has happened to me, but I have friends who have experienced similar situations.”

On the film’s perennially controversial topic, Talia commented, “I am an advocate for people’s reproductive rights. With the laws that our country was set up on and the 14th Amendment—the due process clause—they definitely grant women that right. It’s important that that right is upheld.”

She said, “I hope this movie destigmatizes the issues of abortion and pregnancy. What lots of people don’t realize is that it’s not always the woman’s fault. I hope they’re able to empathize with the story rather than letting political thoughts get in the way.”

Eliza, whose feature directing debut “Beach Rats” won awards and nominations in gay and lesbian film festivals, explained how she got the story idea for “Never…,” which she also wrote. 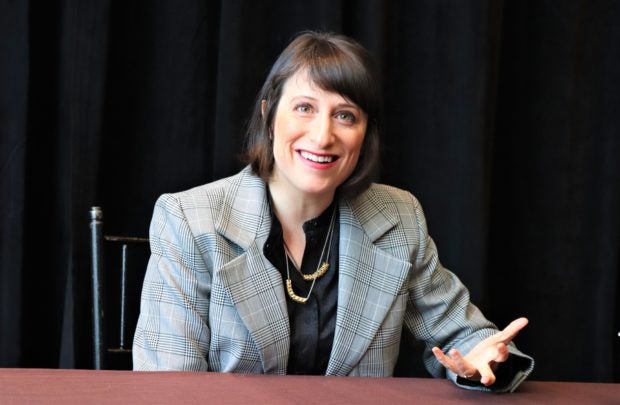 “I began thinking about this story in 2012,” Eliza began. “I stumbled upon a headline that really struck me, about the death of a woman in Ireland named Savita Halappanavar. I was devastated to find out that she passed away after being denied a life-saving abortion.

“I started to educate myself better. I got a book called ‘Ireland’s Hidden Diaspora,’ which is about the journey that women would take from Ireland across the Irish Sea to London and back in one day to get an abortion. I found the idea of that journey compelling. It put images in my head of a woman on the run.

“I ended up putting the project aside for a little while, and picked it up again in 2017, when Donald Trump was inaugurated.”

“I would say everything in the film is on purpose,” she stressed. “You only get 95 minutes to tell a story. I was interested in the active process of getting the abortion and slowly revealing things about the character along the way. I never was interested in directly naming the person that got her pregnant. I felt ultimately it was a story that’s part of her backstory, and the story that we are experiencing is her journey to reclaim her youth.”

As for Talia, she said, “I definitely want to keep doing projects that have a sense of urgency behind them, like ‘Never Rarely Sometimes Always’ and ‘West Side Story.’ I definitely would like to keep working with powerful female directors like Eliza. I’m excited to see what’s next.”

Upon hearing that we can’t wait to see “West Side Story,” Talia smiled and said, “I can’t wait, either.”