NEW YORK  — Harvey Weinstein was moved Thursday to an infirmary unit at New York City’s notorious Rikers Island jail complex after undergoing a heart procedure at the hospital where he’d been held since his conviction last month on rape and sexual assault charges. 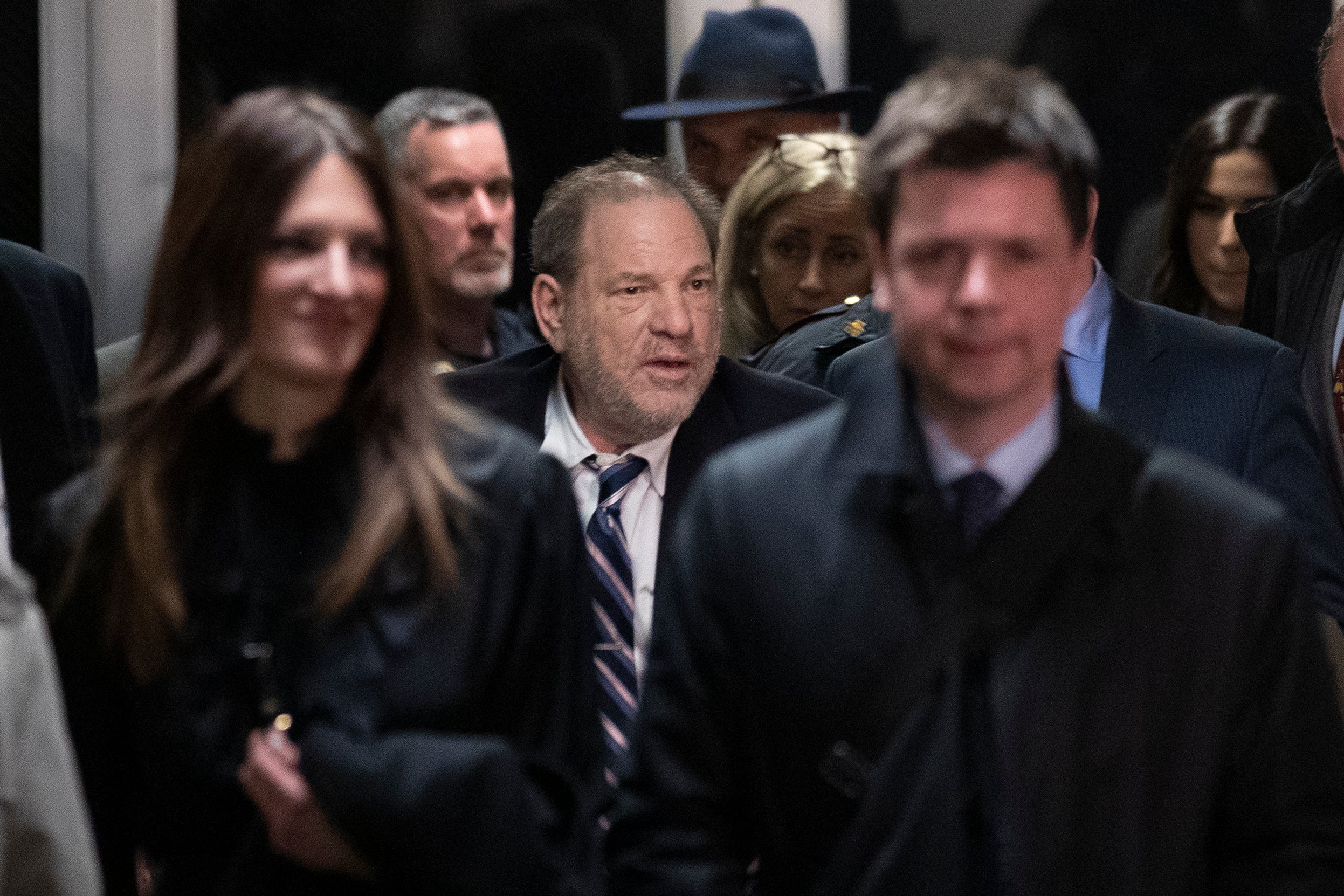 Harvey Weinstein, center, is surrounded by his attorneys Donna Rotunno, left, and Damon Cheronis, as he leaves court for the day in his rape trial, Thursday, Feb. 13, 2020, in New York. (AP Photo/Mary Altaffer)

Weinstein was taken by ambulance to the North Infirmary Command on Rikers Island after doctors at the hospital deemed him fit enough to be moved there.

Weinstein, 67, was originally supposed to go to Rikers Island immediately after his Feb. 24 conviction, but he was detoured to Bellevue Hospital amid concerns about high blood pressure and heart palpitations.

He was at the hospital for more than a week.

Weinstein’s lawyer Arthur Aidala, who saw him at the hospital Thursday morning, said his client is “obviously not the picture of health.”

In addition to the heart issues, Weinstein’s lawyers have said he was also dealing with the ramifications of unsuccessful back surgery stemming from a car crash last summer and a condition that requires shots in his eyes so he does not go blind.

Weinstein used a walker to aid his movement in and out of the courthouse.

“He’s obviously not happy where he is. But he’s lucid and realistic about everything.

He’s still in a state of disbelief,” Aidala said.

Weinstein is due back in court Wednesday for sentencing. He was convicted on one count of criminal sex act for forcibly performing oral sex on a woman in 2006 and one count of third-degree rape for a 2013 attack on another woman.

Weinstein was acquitted of predatory sexual assault charges that carry a maximum sentence of life in prison.

After revoking Weinstein’s bail when he was convicted, Judge James Burke made a judicial request to place him in the North Infirmary Command. There, the judge said, he’d have “something tantamount to protective custody.”

Martin Horn, a former city corrections commissioner, said that despite its name, the infirmary is more like a regular jail than a hospital unit.

Built in 1932 as the original Rikers Island Hospital, the infirmary now has smaller, 10-cell blocks that are used for protective units for inmates who might be targets in general population, such as sex offenders and former law enforcement officers.

Horn said the city’s jails have specialized units for the disabled but inmates with serious medical needs are often sent to the hospital ward at Bellevue.

A plan approved last year calls for closing the Rikers Island complex by 2026 and replacing it with four smaller jails around the city. Rikers has become synonymous with violence and neglect, while the new jails are intended to be more modern and humane.