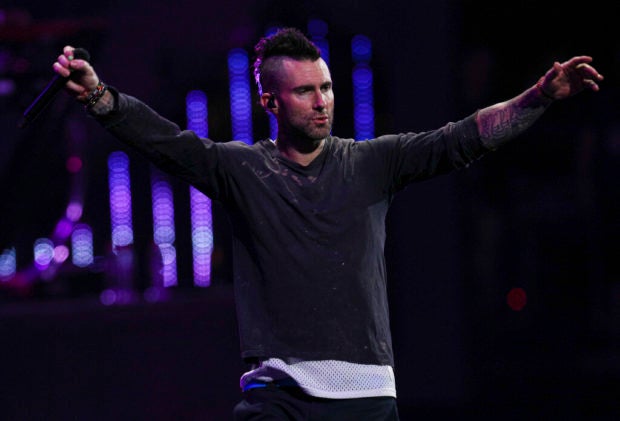 Adam Levine has issued an apology after being criticized for Maroon 5’s performance at a major music festival in Chile.

Maroon 5 arrived 30 minutes late to the Viña del Mar International Song Festival on Thursday, Feb. 27, as per Chilean news agency Chilevisión Noticias via BBC on Friday, Feb. 28. TV hosts had to fill in while waiting for the American band to come onstage.

Those who watched their YouTube videos from the festival have literally thumbed down the performances — for instance, “Moves Like Jagger” has about 11,000 dislikes to nearly 5,000 likes.

After the band’s 15-song set, Maroon 5 trended on Twitter as viewers slammed Levine for his performance. Newspaper La Tercera via BBC described Levine as “cold, reluctant and preoccupied” onstage.

Compounding to the backlash was a YouTube video where Levine appears to be exiting the venue. He is heard saying, “That was a TV show. That was not a concert.”

Band representatives released a statement to BBC which said that that “the band encountered numerous technical difficulties throughout the show.”

Levine apologized on Friday through Instagram Stories, admitting that he “struggled” onstage.

“To be totally frank there were some things holding me back sonically last night and I let them get to me,” he said.

“It impacted how I was behaving onstage, which is unprofessional and I apologize for that.”

“I struggled a lot and sometimes it’s really hard for me to mask the struggle and for that I did let you guys down and I apologize,” he said.

“We absolutely adore our Chilean fans, we absolutely love coming here. Last night, it wasn’t our best and for that all I can say is that I’m really sorry.”

Levine also looked at the situation positively on a Saturday, Feb. 29 Instagram post where he shared pictures from the concert.

“While we can’t always make up for our past, we can absolutely try our best to learn from it,” he said. “Thank you Chile for giving me the opportunity to grow.” Niña V. Guno/JB