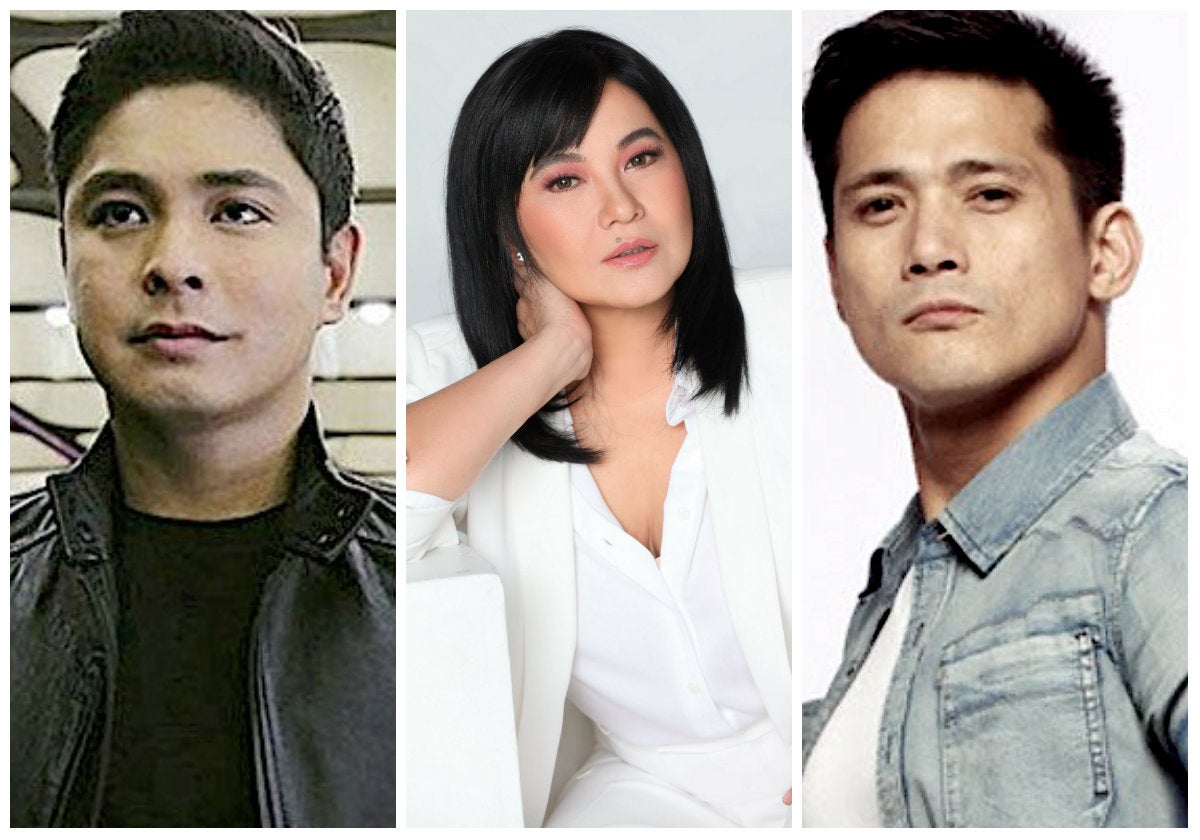 Lorna Tolentino said she hoped someone would act as a mediator between Ro­bin Padilla and Coco Martin, who are both major influencers in local show business, but are at odds when it comes to the controversial franchise renewal of ABS-CBN.

“Almost all feuds in show biz get settled in due time. It’s because our industry is so small that we all know each other and that there’s always a possibility for people to collaborate in future projects,” the actress pointed out. Coco is Lorna’s costar in the action-adventure Kapamilya series “FPJ’s Ang Probinsyano,” while Robin is the cousin of her late husband, actor Rudy Fernandez.

“I know they will understand each other’s point of view eventually. It’s just that, right now, they haven’t personally spoken to each other yet. I hope someone would act as a peacemaker between them so that they will both have open minds and peaceful hearts,” Lorna told reporters on Thursday during the renewal of her contract as endorser of Beautederm’s Cristaux Gold Elixir Serum.

Asked whether that mediator could be her, Lorna said: “Ayaw ni Daboy (Rudy’s nickname) ng ganyan! Siya talaga ang peacemaker.” Rudy used to be president of the Kapisanan ng mga Artista ng Pelikulang Pilipino at Telebisyon in the 1990s. He once helped settle the feud between Robin and now Ormoc City Mayor Richard Gomez, whom the former punched while they were playing for opposite teams at a Star Olympics basketball game in 1991.

As a comment on one of Robin’s Instagram posts last week, a follower said Robin should emulate Coco, who has helped many actors by giving them jobs in his TV series. Ro­bin shot back by claiming that Coco maltreated some of the crew members of the show.

Robin is a known supporter of President Duterte. Coco, meanwhile, even attended the recent rally organized by ABS-CBN network employees in support for the network’s franchise renewal.

Lorna, who has been part of “Ang Probinsyano” for over a year now, said she wasn’t aware of any incident wherein, accor­ding to Robin, Coco doused water on crew members he caught sleeping on the set. Robin also said Coco had quarreled with a female location manager.

“In my opinion, one should protect his fellow actor at all times. There should always be love and concern for people, especially those who belong to the same industry. If there is indeed something wrong with how a particular person treats his coworkers, lalabas din ’yon. He will not be able to hide this from the public for long. If it’s true, people will eventually expose him,” she pointed out.

Lorna said she never saw Coco douse any crew member with water on the set. “Although I know that they would joke around, like spray other coworkers’ faces with water, or spray water on the lighted cigarette of smokers in order to discourage them from smoking some more. It’s all just a joke. I guess it’s OK if they’re not hur­ting anyone,” she stressed.

Lorna said she was unaware of what’s really happening on the set because she has always been focused on memorizing her lines for her character Lily Ann Cortez-Hidalgo. “I always have to be in the right frame of mind when I get to the set. Working for a teleserye is different now. Before, the production team would send you the script one week before the taping so you could memorize your lines. These days, you get your lines when you arrive on the set. If there are more last-minute additions, you will see them on your Viber account,” Lorna shared with Inquirer Entertainment.

Lorna, as the scheming and cruel first lady of president Oscar Hidalgo (Rowell Santiago), said she also has her share of online bashers. “They would get really personal and say, ‘Tuluyan n’yo na ’yan!’ or ‘Strangle her already!’ Some would also say they won’t watch the series anymore, unless my character is removed from the story,” she recalled. “And since I always get the close-up from Direk, they would call me ‘siopao face.’”