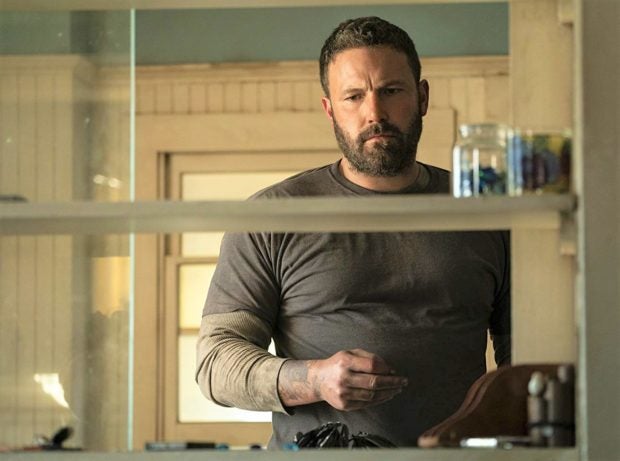 Affleck in “The Way Back”

LOS ANGELES—“There are definitely things that are acutely and specifically painful for me around the process of recovering from addiction,” admitted Ben Affleck who is opening up about his alcoholism.

Sober since 2018 after his third rehab, Ben was addressing issues that used to be reported only by the tabloid media. The story parallels of Ben’s new film, “The Way Back,” with his own life inevitably bring up discussions about his struggles in recent years.

In the drama “The Way Back,” directed by Gavin O’Connor who also wrote the script with Brad Ingelsby, Ben plays Jack, an alcoholic whose marriage to Angela (Janina Gavankar) has fallen apart. There are several highly emotional scenes between the ex-couple.

“In my experience, and the experience of people I know who have dealt with addiction of various kinds, it tends to be a process,” said Ben in this New York interview. He has acknowledged that alcoholism, addiction and mental illness have plagued his family. “But it’s been two steps forward, one step back.”

The actor told the New York Times that he began drinking more when his marriage to Jennifer Garner, with whom he has three children, unraveled. Married in 2005, Ben and Jennifer separated in 2015 and finalized their divorce in 2018.

“The central issues, for me, are around accepting,” said Ben. “That the fantasy is like, ‘Oh, I’m just going through this. I’ll get this straightened out, then I’ll be able to drink normally again.’

“You have to give up the ghost of that fantasy. Science and experience tell us that once the mind becomes addicted to something, it can’t unlearn that addiction. Accepting that fact has probably been the most important thing for me.”

“I was sober during that time I was making this movie,” he emphasized. “I had a relapse subsequent to that. I’ve been sober since then. It’s been a goal for me to be sober for a few years. And I become increasingly successful.”

“I’m building longer and longer periods of time,” said Ben whose other two rehab periods were in 2001 and 2017.

“You have to recognize that it’s a disease,” he pointed out. “They call it a disease of chronic relapse. There’s no way to know, this is the very last drink I’ll ever have. I certainly hope that that’s the case for me. But it’s also important to be mindful that the whole key to sobriety is recognizing that the potential for relapse exists.

“I loved every day of this movie. I loved the challenge of having something I can really sink my teeth into. As an actor, that’s the kind of role I want to play. And relapse is not like, if I go to dinner with somebody and they have a drink … It’s more complicated than that.

“Those kinds of things don’t, as they say, trigger me. What I have to be more wary of is this notion that I’m fixed, and it’s not something I ever have to worry about again.”

The actor stressed that it wasn’t his decision to announce his rehab efforts. 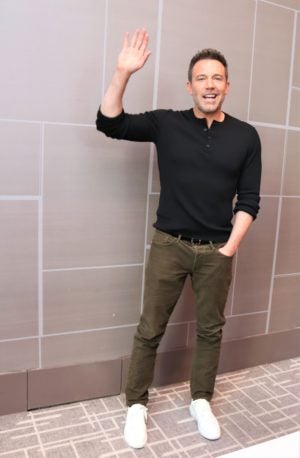 “I did not decide to go public,” he said. Footage of him appearing intoxicated outside a Halloween party went viral. “I’m not particularly interested in playing my personal life out in public in any way. But you know, people report.”

“That’s been part of my life for 20 years. Things that happen that would normally be private for people are public for me. I really don’t understand the interest … Because when I was growing up, there were plenty of people who were alcoholics—some got sober and some didn’t.

“I’m not sure why this certain segment of the press is fixated on those particular aspects of people’s lives. In fact, I find that the less I know, the more I’m able to appreciate their performance.

“Even with Instagram, there’s a certain level of familiarity that can demystify people in a way. Like, I don’t want to know what Daniel Day-Lewis had for lunch. I just want to see his movies and enjoy his performances.

“I don’t lament it much anymore. I’ve pretty much come to terms with what that means for me personally. Obviously, I’m mindful of my children and the degree to which journalism is practiced responsibly so that I don’t have to say to them, ‘OK, this is true. This isn’t true.’ But fortunately for me, my kids are pretty savvy. They know that tabloids write false stories all the time.”

Ben said he welcomes the focus that making movies demands. “I’m definitely at my best when I’m working. Making movies is challenging and ever-changing. It requires a lot of focus and intensity. That’s healthy for me.”

In one tearful scene with Janina, Ben’s Jack tells her, “I failed you. I failed our marriage.” Gavin told the New York Times that Ben had a “total breakdown” after shooting that emotional scene.

“It’s a very intense movie,” Ben conceded. “In some ways, they’re ordinary problems in the sense that they’re quite common. But for a lot of people, divorce is the single most challenging thing they go through in their lives. I had my own experience with that.

“It’s different from this character’s experience, but you have to draw on some level from your own experiences. Really, Janina was just such a good actress. It was so easy to play those scenes, because she was so emotionally available.

“I know that the creative process is an uncertain one. It’s a really interesting art form. You have to connect with other people. If you’re not connected to your own feelings, it’s very difficult to honestly communicate those in a performance.”

He thinks “The Way Back” will impart a message of hope.

“It’s definitely been inspired by a lot of people who have helped me. In a way, these movies are inherently selfish exercises because you get a lot out of experiencing genuine emotion. There’s catharsis that comes with that for the performer.

“If there’s any specific hope I have for the movie in terms of its themes, particularly about grief and alcoholism, it’s that we can overcome difficulties.

“I love its message of hope and inspiration. I didn’t want to make a movie that was like a lecture. You want to see a story about someone you can identify with. And you want to watch people change.”

Even though his character Jack is virtually drunk from waking up to the time he is dragged home by a loyal friend, he gets a jolt when the principal of his high school alma mater, where he was a star basketball player, asks him to coach the struggling campus team. The offer of the principal, unaware of Jack’s alcohol addiction, motivates him to say yes, and the fledgling team starts bouncing back from the doldrums.

Ben, who ironically does not have much experience with basketball, cited instead a teacher for inspiring him in his teen years. “I had a drama teacher in high school who was very much a mentor, a father figure. Exactly filled that role that young people are hungry for—who is somewhere between a peer and a parent. 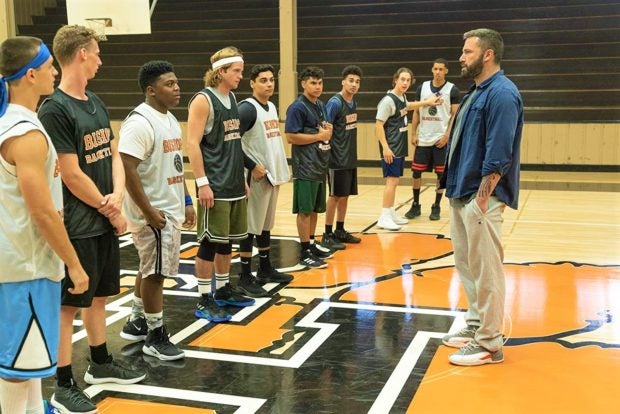 “Gerry Speca was our drama teacher. There was a moment when, close to graduation when I was a senior, he took me aside and said, ‘I think you have a shot at it if you want to. There’s a lot of struggle in it. But I want to encourage you to continue acting.’ That conversation probably had the single biggest impact on my career as anything.

“During the ensuing years when I was kicking around, trying to get a job, often feeling rejected, like it was never going to work, I remembered those words, which meant a huge amount to me.”

Looking toward the future, Ben, who is 47, said, “It’s an evolving process as you get older and think about what person you want to be. Ultimately, the most important biography that’s written about any of us is the one that we leave behind in the hearts and minds of our children. So, being a father is the most important thing to me. And trying to make as few parenting mistakes as possible.

“What comes with that is, being sober, honest and humble is very important to me. Treating other people with respect is important to me. It’s also important that I accept life on its terms. That things are going to change, and to be accepting of that. To be able to deal with the changing seasons of life.”

He added, “My hope is that I don’t have any setbacks in the future.”

TAGS: Ben Affleck, The Way Back