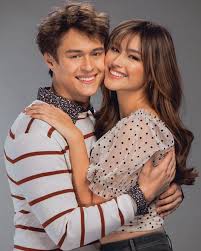 For real and reel-life couple Enrique Gil and Liza Soberano, depression and mental health are topics that should not be taken lightly.

Enrique even confessed to have struggled with depression in the past. “You would have negative thoughts and feelings that you can’t get rid of. You would then try to keep them buried inside for a long time. This then takes a toll on you,” he said. “I know a lot of people have experienced this, and like them, I just didn’t think of it as a mental illness; but it was.”

Enrique continued: “I have a close friend who had to deal with it, too. Crying, he told me things I never knew he was experiencing. It’s all about how you control emotions.”

Meanwhile, Liza, a psychology major, called for people to take effort in understanding the issue. “We should start educating ourselves about it so that we can immediately pinpoint when someone is going through it, too,” the 22-year-old actress stressed.

“We shouldn’t joke or talk lightly about it. We don’t know what people with depression are going through. It’s better for us to just keep quiet if we don’t know anything,” she added. —Marinel Cruz