Julia on working with Joshua again: Maybe in the distant future 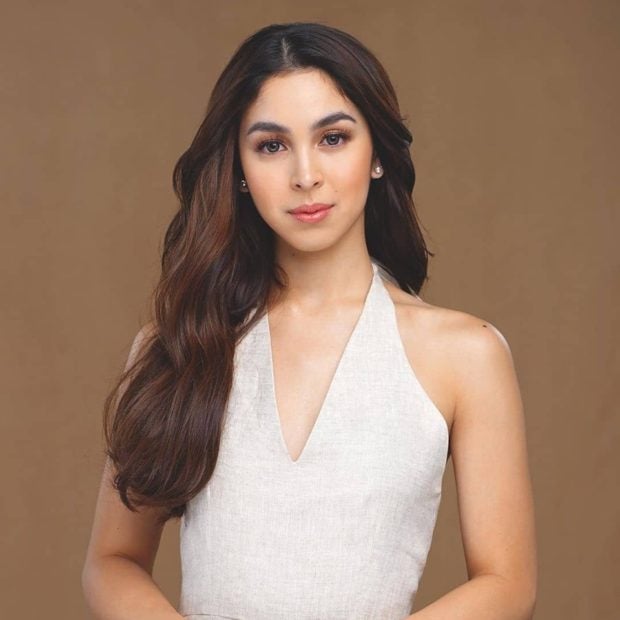 Actress Julia Barretto, who said she preferred not to do any more rom-com projects at this point in her career, added that she has “outgrown” ex-boyfriend Joshua Garcia as a love-team partner.

“I want to be careful [in making a statement on the to­pic]. I respect Joshua’s choice to still be in that path in his career—in the love-team phase. But as for me, I’ve already graduated from that. I no longer want to work with just one specific partner and genre,” said Julia, whose last project was the zombie flick “Block Z,” also with Joshua. She will soon be seen in Dreamscape and IdeaFirst’s mystery-thriller “I Am U,” which starts streaming on iWant on Feb. 26.

“I’m very happy to already be at a phase in my career where I’m able to do more mature roles, and get to work with other actors,” declared Julia, who has Tony Labrusca for a leading man in “I Am U.” She also played opposite Gerald Anderson in the romantic drama, “Between Maybes.”

“I’m now more free to choose which projects to make. I’m happy that I’m not stuck in a box anymore, and that I can now explore being an actress,” the 22-year-old star pointed out. “Have I outgrown Joshua as a love-team partner? Yes, definitely. Am I willing to work with him again? Yes, but maybe in the far future because right now, I’m still working on Julia as an individual and Julia as an actress.”

Julia added that she’s pleased that “I’m now the actress who I’ve always wanted to be. As to the question on whether or not I will stop doing ‘kilig’ projects, I want to say that I’ve graduated from them already. I’ve been blessed to have experienced them, don’t get me wrong, but I hope to do edgier roles from now on. I want to be able to take more risks.”

The series “I Am U” features Julia as two identical yet vastly different girls—Elise and Rose. They meet unexpectedly when Rose saves Elise from what would have been a fatal car accident.

Both thankful and in awe of their similarity in looks, Elise invites Rose into her world and shares with the latter everything she has—including her house, family and friends. Soon enough, Elise sees Rose as a threat and does what she can to make sure the latter is out of her life.

Asked to talk about how hard it was for Julia to portray her two characters in the series, director Dwein Baltazar said shooting would sometimes get delayed for 30 minutes because she and Julia would first discuss the complexities of the dual role.

“Later on, it got easy to figure out who is who,” Julia shared with Inquirer Entertainment. “Elise is well-off, so you expect to see the best bags and sexiest outfits from her—and then we meet Rose, who is more dressed down, always in jeans and rubber shoes, because she’s not as affluent as Elise. They’re also different in the way they talk, stand and converse with other characters. They look alike, but have contrasting attitudes.”

Julia then said she got curious when she was first told that she’d be paired with Tony, whom she described as “the universal leading man.” She said her initial reaction was: “Tony? Daming laplapan?”

Julia continued: “I’ve heard of Tony first in iWant’s ‘Glorious.’ He has since been identified with characters who are extremely sexy and hot, and would do steamy love scenes. I enjoyed working with Tony because it was so easy to converse with him. It’s important that you are able to find a certain level of comfortability with your leading man, and feel that you can trust him with the intimate scenes.” INQ