Nature lover Harrison Ford answers ‘The Call of the Wild’

Scene from “The Call of the Wild”

LOS ANGELES—We all love Harrison Ford as Indiana Jones, Han Solo and Jack Ryan, but his latest role in “The Call of the Wild” is also a perfect fit for the actor.

A nature lover who is one of the leaders of Conservation International, a nonprofit environmental organization, Harrison fits perfectly into the new outdoor adventure film. 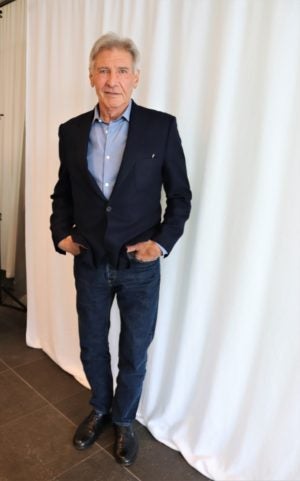 The lovable dog’s blissful domestic life is turned upside down when he is stolen from his California home and brought to the wilds of the Canadian Yukon during the Gold Rush of the 1890s.

A live-action/animation hybrid, “The Call of the Wild” taps CGI in creating Buck, who’s brought to life by talented motion-capture performer Terry Notary, whose credits include the “Planet of the Apes” films.

Harrison’s passion for nature and environment inspired him to be more loquacious than usual in our interview in LA.

How is your own relationship to the call of the wild, of the great outdoors?

They’re there, these wild places which, by their very nature, give us solace and a bit of quietude in which to regain some of the composure we lose in everyday life.

I just came back with my family from a 12-day trip to the Grand Canyon, through the Colorado River. Other than my wife, son and some friends, there was nothing to distract us for 12 days. There was the water, geology, sky and our own brain monkeys (laughs), which quiet down in the presence of nature.

You find almost a preternatural instinct for calm and perspective. That’s been my experience in nature. And part of this film is devoted to bringing that aspect to the audience’s attention.

At the same time, it’s telling us other things about nature—nature is our destiny, it’s the source of life. We aren’t above nature, we’re a part of it.

It’s heartbreaking that the Trump administration is weakening environmental laws and protections for wildlife and protected land and forests.

It’s heartbreaking, but it’s also gratifying that we’re seeing a generation of youngsters who come in and they’re ready to make a political change in the world and, yes, they will not be denied.

Ford in “The Call of The Wild”

It only goes so far. It’s got to be a felt need that comes not filtering down from celebrities and authority. It’s coming up from the bottom now, through the youth, the Greta Thunbergs and other climate activists, people who are committed. I said in a speech to the United Nations, “The best thing we can do is get the hell out of their way.”

When did you decide to become an advocate for the environment and nature conservation?

I came into more money than I knew what to do with. I decided that I wanted to commit some of that bounty to positive things. So, we created a family foundation. We became involved in Conservation International. I have been with that group for 30 years. I served on the board for 25 years, and I’m now its vice chairman. 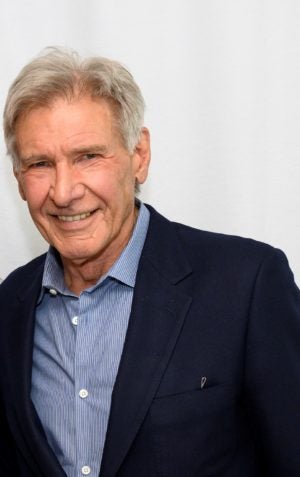 We were the first ones to do debt-for-nature swaps. We bought Third World debt and traded it back to the debtor nation for conversation concessions. We created migratory corridors among nations that didn’t talk or were hostile to one another. We created peace parks between the borders of those countries. I’m proud to say we are at the forefront of all kinds of processes to benefit nature.But always, we had one underlying principle—you cannot ask people to change their behavior and adopt a more sustainable behavior unless you give them an economic alternative to unsustainable development. Slowly but surely, we gained a presence in the conservation community.

One of the most cogent and simple ways of understanding what we do at Conservation International is that we have a slogan that we use to communicate. And it is, nature doesn’t need people; people need nature to survive and thrive.

What is your relationship with dogs in your own life?

I’ve had many dogs. We have three dogs in our family at the moment. But we also have the memory of all the dogs that have gone before. They’ve always been part of our fa­mily. I can’t conceive of having the opportunity to have a dog in your life and then choosing not to.

Dogs can be such comfort. You can do simple things for them and they can bring so much emotional value to your life. But this is a different kind of story. This is a story about a dog in another time, when they were more likely to be the servant of man than his companion.

The story contains different elements. The book itself is very elemental, lean, specific to the circumstances of the Yukon. We’ve opened it up by introducing other character stories and bringing an emotional dimension. I’m not faulting the book for it, because it was from a different time and with a different point of view.

We made a film for families that’s going to generate intergenerational conversations. I want people to enjoy this movie with their kids.

What was your first memory of a pet?

I grew up in Chicago. We lived in an apartment—my brother, myself and my parents. Our first dog was called Lady. My brother and I had the responsibility of caring for our pet, feeding and taking it for walks. The sense of responsibility was ingrained in that process.

I’ve always had dogs ever since. They have all been a source of emotional comfort to me.

Did you get dogs as birthday gifts?

No, the family decided to adopt dogs from rescue shelters. All of my dogs have been rescues.

You’re doing one more Indiana Jones movie. What made you decide to play that iconic character again?

Everyone likes to revisit things that have been successful. But the issue that we’re facing in the creation of the story that we want to tell is we are facing competition with ourselves.

We want to make sure that we honor that feeling and not just present an opportunity to tick off the boxes and replicate some of the earlier Indiana Jones films. But it’s going to happen, and it’s going to be good.

Can you confirm that you are involved in a TV series called “The Staircase”?

It is in preproduction and if the scripts turn out the way I hope they will, then I will do that story, yeah.

What interests you about a TV project?

My career, my satisfaction with my work is built on other kinds of films. It’s the Alan Pakulas, the Sydney Pollacks and the Mike Nichols—the other kinds of movies, directors and subjects that have given me the greatest opportunities and pleasure to be a part of.

“The Staircase” is one of those stories. It’s about a man who is convicted of the murder of his wife, which he may or may not have committed. The evidence is tenuous at best. He has served seven years of a much longer sentence before his case was reviewed and his conviction overturned. But he faced a retrial.

It’s a very complicated story of the culture and society, which he was a part of, in Durham, North Carolina. His history and his past have some interesting complications. So, I am excited about telling this story.