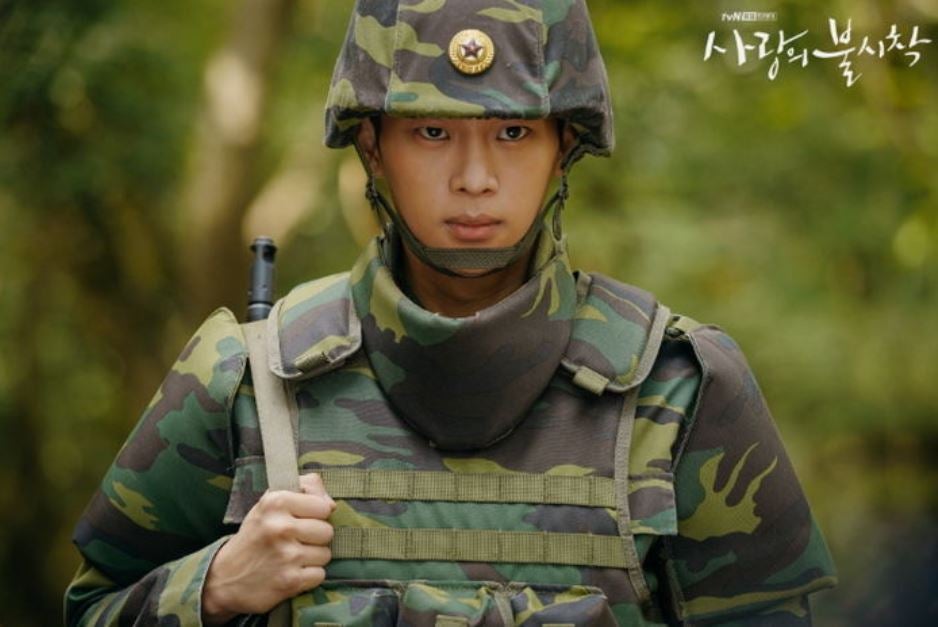 Lee Sin-young in “Crash Landing On You” (tvN)

A lawyer from law firm Gangnam, on behalf of the agency, released an official statement saying libel and blackmail complaints have been filed against a man claiming to have suffered school bullying by Lee.

Earlier this month, a man claiming to have been Lee’s middle school classmate posted on several online communities that he had been bullied by the rookie actor. The man later posted a letter of apology on the internet, saying his claims were not true. According to the lawyer’s statement, the man had promised to make no further claims to hurt Lee.

But several days later, on Feb. 6, the man sent malicious text messages to the actor’s father, stating that he had “not been paid for writing the apology” and threatened to “reveal everything on the online communities.” The man also added he would not hold any negotiations with Lee and warned he would take things to the police.

The allegations not only seriously damaged Lee’s reputation, but led to Lee losing a modeling contract, the lawyer said in the statement, adding that the situation had caused irrevocable mental and financial damages to Lee.

The agency said it would show no clemency toward anyone who tried to further harm Lee with false rumors.

Lee, 22, played the North Korean soldier Park Kwang-beom in the 16-part series “Crash Landing on You,” which ended last week.