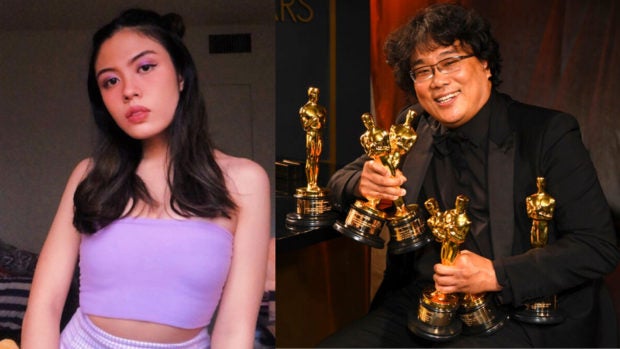 Following the historic win of the South Korean film “Parasite” in the 92nd Academy Awards last Sunday, Feb. 9, local stars are applauding the film for its success and its significance to non-English films around the globe.

During the awards night held at the Dolby Theatre in California, United States, “Parasite” bested some of the most notable movies produced by Hollywood directors and became the first foreign-language film to be awarded Best Picture. It also won Best Director, Best International Feature and Best Original Screenplay.

Musician Frankie Pangilinan addressed what made the win of “Parasite’s” win significant. Megastar Sharon Cuneta’s daughter said that the movie’s win is also a win for aspiring Asian filmmakers, as per her retweet of The Academy’s official Twitter announcement yesterday, Feb. 10.

“THIS IS FOR THE ASIAN KIDS WHO CAN GROW UP WITHOUT [THINKING] THEY HAVE TO WHITEWASH THEMSELVES SOMEHOW,” she said.

She added, “THIS IS THE VALIDATION WE [DIDN’T] NEED BUT ALSO SADLY DESPERATELY WANTED.”

THIS IS FOR THE ASIAN KIDS WHO CAN GROW UP WITHOUT THJNKING THEY HAVE TO WHITEWASH THEMSELVES SOMEHOW. THIS IS THE VALIDATION WE DIDNT NEED BUT ALSO SADLY DESPERATELY WANTED. THIS IS A WIN. https://t.co/3FS3vXyiRR

The director said that once the audience overcomes the language barrier, they will be “introduced to so many more amazing films.” JB