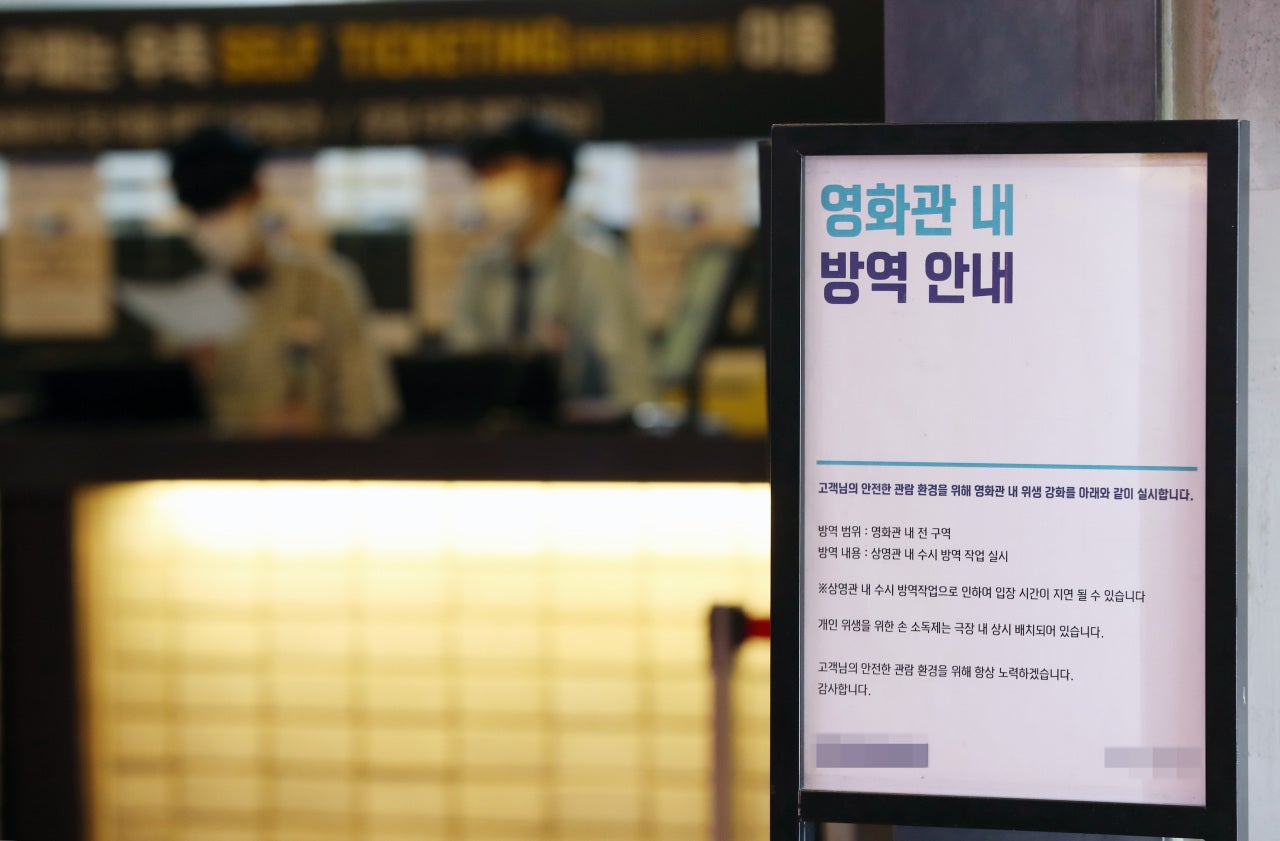 A sign inside a cinema in Seoul shows disinfection operations are in progress. (Yonhap)

SEOUL — The distributor of “Beasts Clawing at Straws” on Tuesday announced the decision to tentatively postpone the movie’s release, originally scheduled for Feb. 12, due to the spread of a novel coronavirus.

The prospect of poor ticket sales and fears of spread of the disease in crowded venues are prompting film distributors to consider delaying releases and canceling promotional events.

Another film that may be affected by the spread of the new coronavirus is “Honest Candidate,” with an official from the film’s production and distribution firm NEW saying they are mulling a possible delay in the film’s release, slated for next week.

One of the biggest film events of Korea, the Daejong Film Awards, also announced they would put off their Feb. 25 awards ceremony for the safety of the audience and artists.

Meanwhile, the number of cinemagoers in January recorded the lowest total for the month in eight years, according to Korea Film Council data on ticket sales. The number, about 16.84 million, was lower than that of May 2015, when the Middle East respiratory syndrome gripped the country, extending to 186 confirmed cases.