'The Witcher' animated movie will be a prequel | Inquirer Entertainment

‘The Witcher’ animated movie will be a prequel 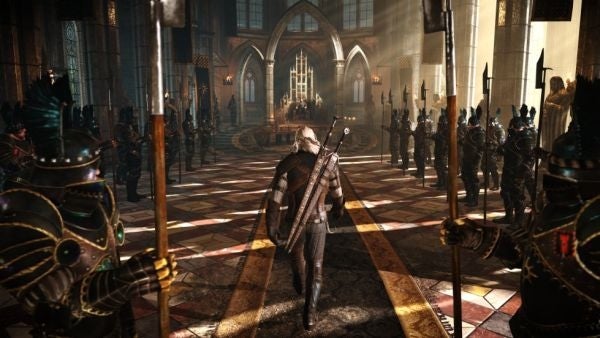 A preview from the video game “The Witcher 3: Wild Hunt”. Image: Courtesy of CD Projekt via AFP Relaxnews

Netflix’s animated spin-off of its December 2019 hit “The Witcher” is to feature hitherto unseen mentor Vesemir.

His name was uttered only in the last episode of “The Witcher”. Now he is the main character in the animated movie “The Witcher: Nightmare of The Wolf”.

Vesemir, mentor to monster hunter and superpowered human mutant Geralt, is to provide the focus for an upcoming anime produced by Lauren Hissrich and Beau DeMayo of Netflix’s “The Witcher”. The streaming video company has posted a brief overview to “Nightmare of The Wolf”‘s landing page saying as much.

“Long before mentoring Geralt, Vesemir begins his own journey as a witcher after the mysterious Deglan claims him through the Law of Surprise,” it reads.

The Law of Surprise was encountered during Season 1 of the main series (as well as Andrzej Sapkowski’s original short stories and novels it was based on). According to Witcher lore, it can be invoked when one person has saved another’s life.

One variation on the Law of Surprise requires the debtor to relinquish something that he has but does not yet know about. As luck (or destiny) would have it, in the Witcher continuity, that has frequently turned out to be a child.

Who will play Vesemir? Just as we do not yet know when “The Witcher: Nightmare of The Wolf” will be debuting, it is not yet known who will be in the cast.

Henry Cavill played male lead Geralt in Netflix’s “The Witcher”, with Theo James of the “Divergent” movies and Netflix series “The Dark Crystal: Age of Resistance” voicing Vesemir for that brief moment in the final episode.

Meanwhile, “Star Wars” actor Mark Hamill, who has become well respected for his voice work as Batman’s enemy, Joker, in various DC Comics animations and video games, has also expressed an interest in appearing as Vesemir, though when originally asked it was in the context of the live-action series.

However, what is certain is that Korean animation company Studio Mir will be behind the film.

The studio is well known for bringing to life the bulk of “The Legend of Korra”, plus the entirety of Netflix’s “Voltron: Legendary Defender” and “Lego Elves: Secrets of Elvendale”.

It has also been acclaimed for its part in “Big Fish & Begonia”, a nominee at the Annecy International Animated Film Festival and Golden Rooster awards. RGA