entertainment / Series
Series
Only In Hollywood 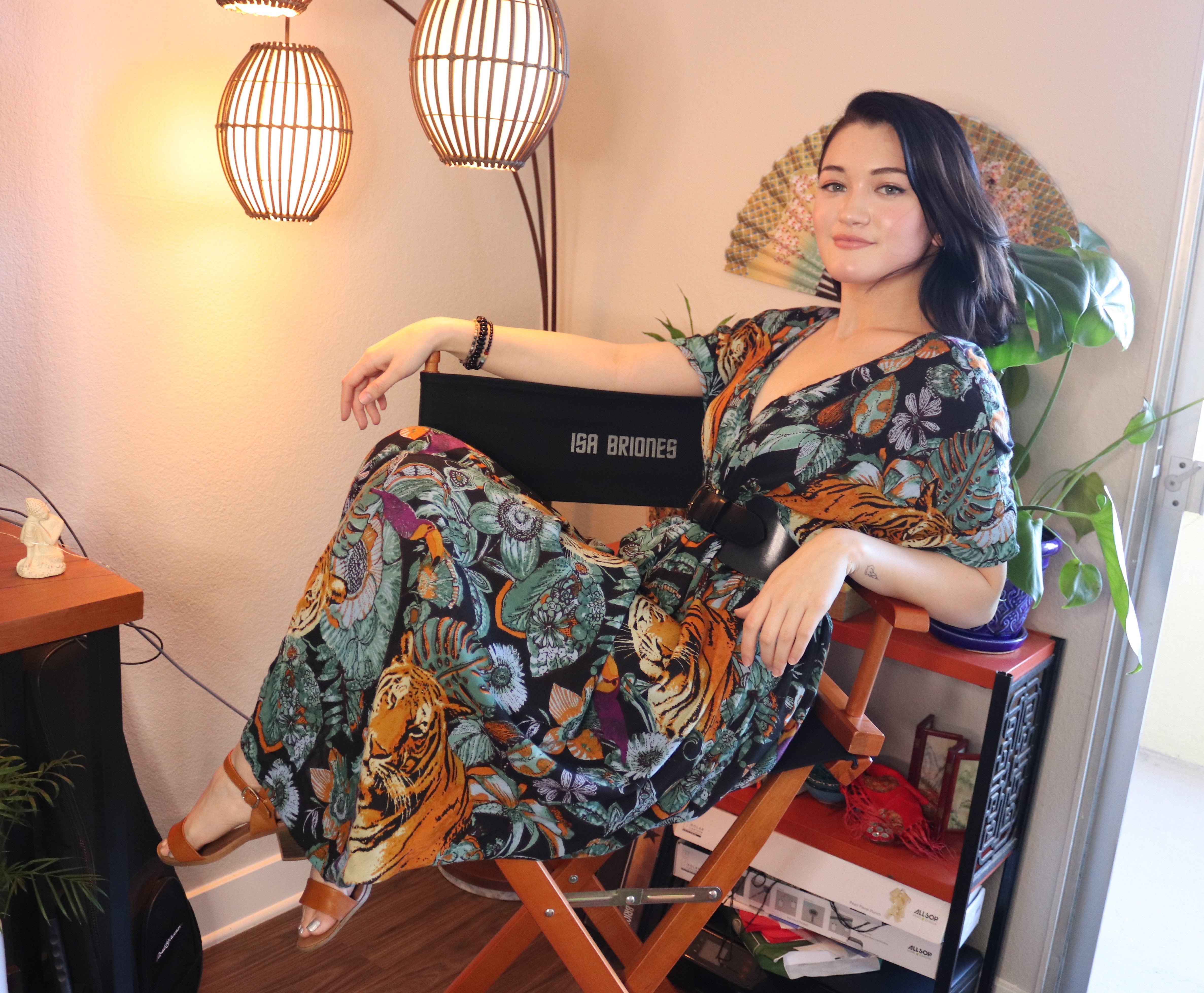 LOS ANGELES—On filming the first season of “Picard,” which was completed in August last year, Fil-Am actress Isa Briones shared, “It was exciting. It was also scary because I’ve never done anything like this before. I came from theater, which is its own beast. But coming into this, especially something as big as ‘Star Trek’ is definitely a big learning process. Learn as you go, this is what the rest of your life is going to be like.

“But we have the best leader, Patrick (Stewart), and he was so wonderful in showing us around this world and also making way for us. In our comic cons and interviews, they’re always asking him questions, of course, because people love Jean-Luc Picard. They love Sir Patrick Stewart. But he always likes to stop everyone and go, ‘Wait, but these new characters, I can’t wait for you to meet these new people.’ He very much always tries to make space for us.”

Isa relished growing up with actors as parents. Jon Jon and Megan Briones met in the German production of “Miss Saigon.” He was The Engineer and she, Ellen. “Ellen and the pimp,” quipped Jon Jon, who’s back working with Ryan Murphy in the latter’s coming TV series inspired by the Oscar-winning film, “One Flew Over the Cuckoo’s Nest.”

“It’s amazing having in-home training,” Isa gushed. “My mom and dad were my acting, singing and life coaches. Because I grew up on tour when my dad was doing ‘Miss Saigon’ and I had been watching ‘Miss Saigon’ since I was a baby, it became just second nature to see them up there.

“But I feel like it really clicked when, after my dad hadn’t been doing it for a while, he went back and did the West End revival and then the Broadway revival. I was 14 when he did that. I was sitting in the audience, and it was one of those moments when I was like, oh, this is what I have to do in my life. Because he’s so incredible. He has really paved the way for a lot of Asian-American actors, as well.

“He’s been doing this for a long time. And to get to see that finally pay off and for people to know him for his TV work as well, it’s beautiful.” 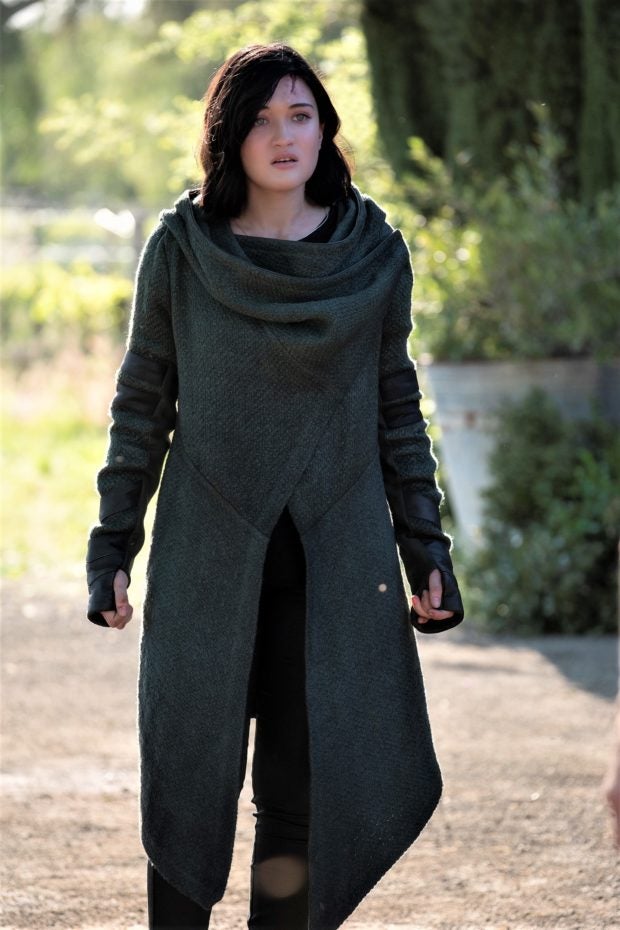 She is also grateful for her “Hamilton” experience. “Going into ‘Hamilton’ already was mind-blowing enough because I hadn’t really done much before that. I had done some regional productions of musicals. I moved to New York as soon as I finished high school and my first audition was ‘Hamilton.’ But then I auditioned for like seven months total, because they like to create their roster of people and they’ll ask you to come back.

“Going into that was crazy because I had just turned 19, didn’t know what the heck I was doing and immediately went on tour. It was the perfect life training in a way, because I don’t know what I would have done if I had immediately gone into something like ‘Star Trek.’

“‘Hamilton’ felt like the perfect stepping-stone into adulthood because it’s almost like going to college in a way. You’re with your group of people on tour. You’re traveling together, you’ve got your support system, structured routine, you go to your show every night and during the day, you’re just trying to keep yourself healthy. It was a great way to implement that structure in my life.

“It was my dream show. I got the chance to play all the characters that I always wanted to play. I got to do Peggy Schuyler, Maria Reynolds and Eliza Hamilton. It was incredible. Also, having my first introduction into having like a sisterhood, having the Schuyler sisters that I worked with, we all created a strong bond.

“I’ve been fortunate enough to now start working on this show, which has Michelle Hurd and Alison Pill, who have been like sisters to me. So, I’ve really lucked out in having these strong female bonds.”

Isa is hopeful for her brother Teo, whose credits include the acclaimed indie drama “Wind River,” where he played the son of Jeremy Renner’s character. “We still feel like we’re the same generation, obviously,” she said of Teo, who was born in 2005, also in the United Kingdom.

“We’re pretty close in age—we’re six years apart. But still, he’s in the puberty age right now. I’m trying to figure out his voice, and I hope that seeing shows like this and other shows like ‘Star Trek,’ that eventually, for him, it doesn’t have to be a struggle of, who am I? What am I, compared to what people are telling me that I am?

“I hope that with shows like this, it will never be as hard for him to figure that out. Teo can just immediately know, I’m this, I’m that and I’m talented. He can own all of that. What I love is that he’s gone into music, as well as acting. He’s a wonderful drummer, he’s learning guitar, bass and piano. He loves to create music.

“I also like to write songs. So, we’ve been collaborating and making music together. That’s something that I hope we continue to do.”

Toward the end of our chat, we asked Isa how she wants her career, which has started auspiciously, to grow in the long-term.“Because I love film and TV—now that I’ve been able to do it—I hope to continue both,” she replied. “But musical theater will always be my first love. I would love to go back to that. Music and songwriting are a big part of my life. So, I want to continue all of it. I’m a girl who wants to do it all.”