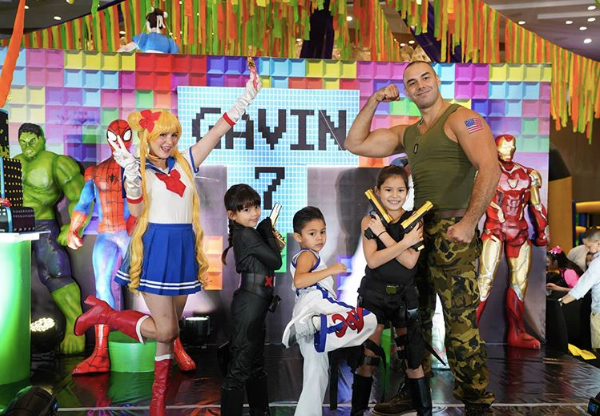 Chesca and Doug Kramer never fail to throw their children the most exciting and creative birthday parties, and the 7th birthday of their son Gavin is no exception. Team Kramer dressed up as their favorite characters in the arcade-themed birthday celebration yesterday, Jan. 26 for Gavin, who turned a year older on Jan. 15.

“It’s Gavin’s day today!” Doug said on Instagram yesterday. “His idea was for everyone to dress up in their favorite characters! Guess who we are?!”

Birthday boy Gavin dressed up as Hwoarang from the Tekken game franchise, while sisters Scarlett and Kendra showed up as Black Widow and Lara Croft, respectively.

Their mom Chesca dressed up as the titular character from Japanese anime and manga Sailor Moon, and the actress treated her fans to her kawaii look on Instagram yesterday.

“Sailor Moon and Guile present for Gavin’s big day! #GavinsWorldAt7,” he said in another post.

The party, which was held at Marquis Events Place in Bonifacio Global City in Taguig, was called “Super Gavin World” in reference to the popular console game “Super Mario World”. It was attended by both adults and children who showed up in their own cosplays.

In Doug’s Instagram story, a family won best in costume after cosplaying as characters from the famous Japanese anime and manga Dragon Ball Z. 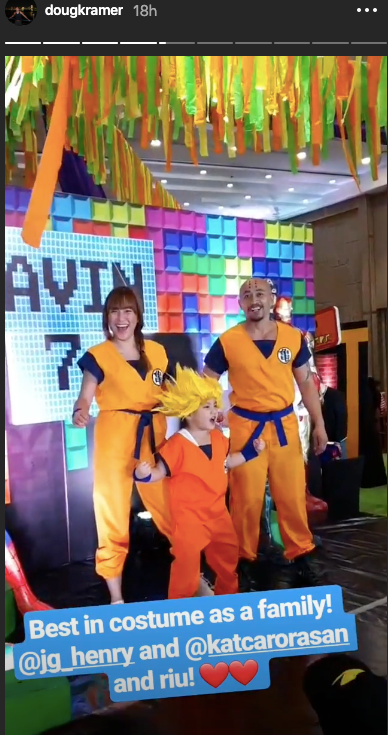 A family dressed up as Dragon Ball Z characters. Image: screenshot from Instagram/@dougkramer

True to its theme, the party had arcade machines, which were unsurprisingly popular to the kids, as seen on Chesca’s Instagram stories. 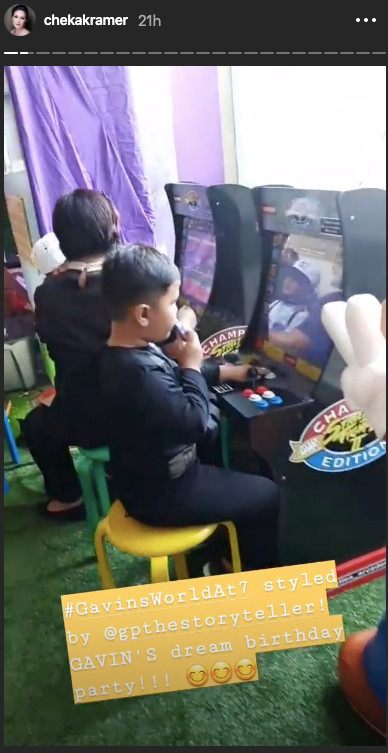 A kid uses one of the arcade machines. Image: screenshot from Instagram/@chekakramer

Prior to Gavin’s, Team Kramer celebrated Scarlett’s 8th birthday on Nov. 28, 2019, by throwing her a dog-themed birthday bash in their own home. JB