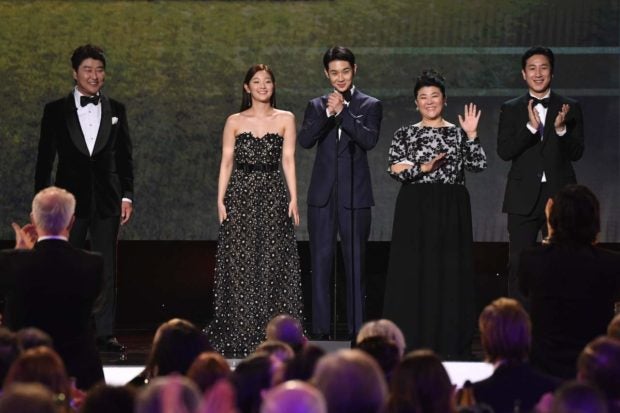 SEOUL — Director Bong Joon-ho and the cast of “Parasite” are entering the final stretch in the heated race for the upcoming Oscars.

It is the first time that a South Korean-made film has earned a nod for one of the world‘s biggest film events.

According to CJ ENM, which is behind the Cannes-winning film, the “Parasite” team will carry out a last-minute campaign in the United States to win the hearts of members of the Academy of Motion Picture Arts and Sciences (AMPAS).

The voting will begin on Thursday (U.S. time) and close on Feb. 4, with about 8,000 AMPAS members casting a ballot.

The team may include director Bong and crew members including co-screenwriter Han Jin-won, editor Yang Jin-mo and production designer Lee Ha-jun, along with actors and actresses led by Song Kang-ho and Lee Sun-kyun.

They will hold a series of media interviews and participate in other award ceremonies before and during the period.

They are also scheduled to take part in the Directors Guild America (DGA) Awards on Saturday, as “Parasite” is nominated for the top honor along with Golden Globes winner “1917” by Sam Mendes, “The Irishman” by Martin Scorsese and “Once Upon a Time in Hollywood” by Quentin Tarantino.

Next month, the upcoming Writers Guild of America (WGA) Awards and the British Academy of Film and Television Arts (BAFTA) Awards are also on their list to attend before the Oscars. (Yonhap)