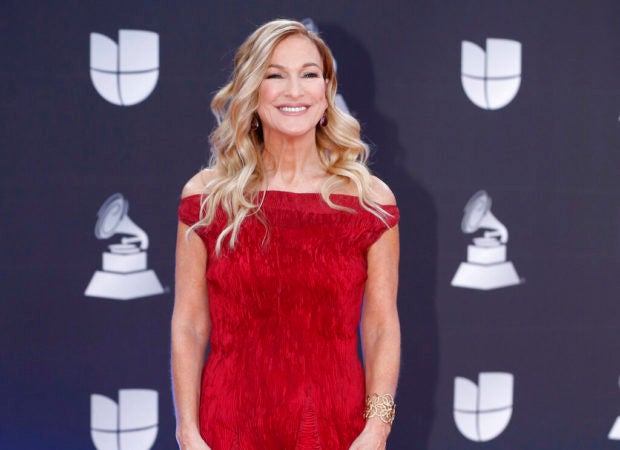 Deborah Dugan has fired back at the Recording Academy with a complaint claiming she was retaliated against after reporting she was subjected to sexual harassment and gender discrimination during her six-month tenure. Image: Eric Jamison/Invision/AP, File

NEW YORK — The ousted head of the Grammy Awards says that music’s biggest awards are tainted because of conflicts of interest that infect how certain songs and artists are nominated.

Nevertheless, Deborah Dugan said in an interview on ABC’s “Good Morning America” on Thursday that she plans to watch the Grammys this weekend.

Dugan was fired only months into her job as head of the Recording Academy and this week filed an explosive complaint with the Equal Opportunity Employment Commission that alleged she was sexually harassed and that the music organization was a “boy’s club” that favors friends. The academy, which has accused Dugan of misconduct, has said it has launched an investigation.

The personnel allegations had largely overshadowed Dugan’s charges about the integrity of the Grammys’ awards process — a huge problem given that its annual ceremony is set to be televised on CBS in three days.

“The system should be transparent and there are incidents of conflicts of interest that taint the results,” Dugan said on ABC.

The academy vehemently defended its voting process in response to Dugan’s complaint and interview.

“Spurious allegations claiming members or committees use our process to push forward nominations for artists they have relationships with are categorically false, misleading and wrong,” Chief Awards Officer Bill Freimuth said in a statement.

Dugan’s complaint charged that a “secret committee” that decides who gets Grammy nominations contains people with business and personal relationships with artists and that they push their favorites ahead. The Grammy membership generally selects 20 potential nominees in categories and internal committees whittle those lists down to the five or seven eventual nominees.

She charged that an artist who was ranked 18th out of 20 in the initial song of the year process last year got a nomination and the artist was actually on the committee that decided the nominees. The same artist, who Dugan did not identify, is represented professionally by someone on the Recording Academy board.

Dugan suggested the conflict was behind two notable snubs in the category, of songs performed by Ariana Grande and Ed Sheeran, although there has been some question about whether Grande had submitted her indelible hit, “Thank U, Next,” for the award.

Brandi Carlile, Kendrick Lamar and Lady Gaga were among the nominees for this award, which was won by “This is America,” performed by Childish Gambino.

In the category of jazz vocals, Dugan alleged that an artist nominated for an award participated in the nomination process. Again, she did not name the artist involved.

Overall, she said some 30 artists whose work was not chosen as a potential nominee by the Recording Academy membership were added to that list because they had personal or business relationships with people on the nomination committees or the Academy’s board.

Dugan also said that nominations were handed out to songs or albums because the producer of the annual awards show wanted them to be performed on the show.

Freimuth said in the academy statement that while it is inevitable some on the committees full of industry luminaries will have worked with some of the artists in contention, there are “strict rules in place to address any conflict of interest.”

Committees are chosen weeks before the first round entry list is created, so it is unknown whether any members will be involved in a nomination, Freimuth said. And if a committee member qualifies for a Grammy, they leave the room for listening sessions and are not allowed to vote in that category.

Producer Ken Ehrlich did not answer a message seeking a response to Dugan’s allegations.

Despite her charges, Dugan said she’s watching Sunday because she worked very hard on the show and loves the artists who will be performing.

“I couldn’t say more positive things about all of the nominations and everyone that performs,” she said. “Oh, my God, I hate that I’m in this situation because I’d much rather be talking about the artists and their music.” NVG

Rock band founded by Fil-Am cousins is up for Grammy