‘Wrong account’: Iza Calzado gets caught in the midst of JaDine breakup 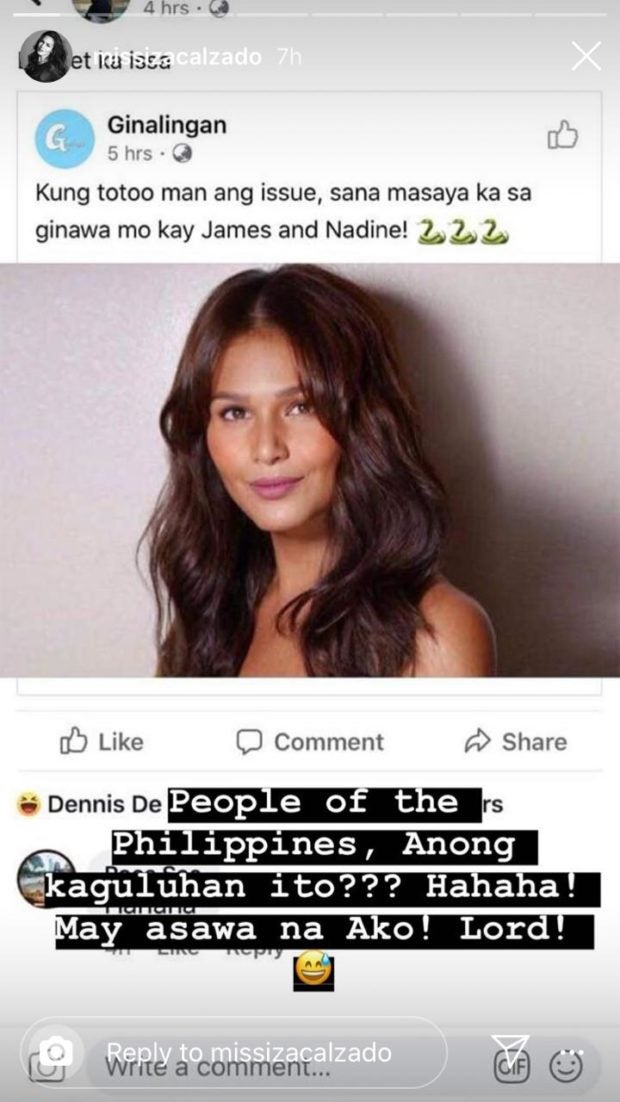 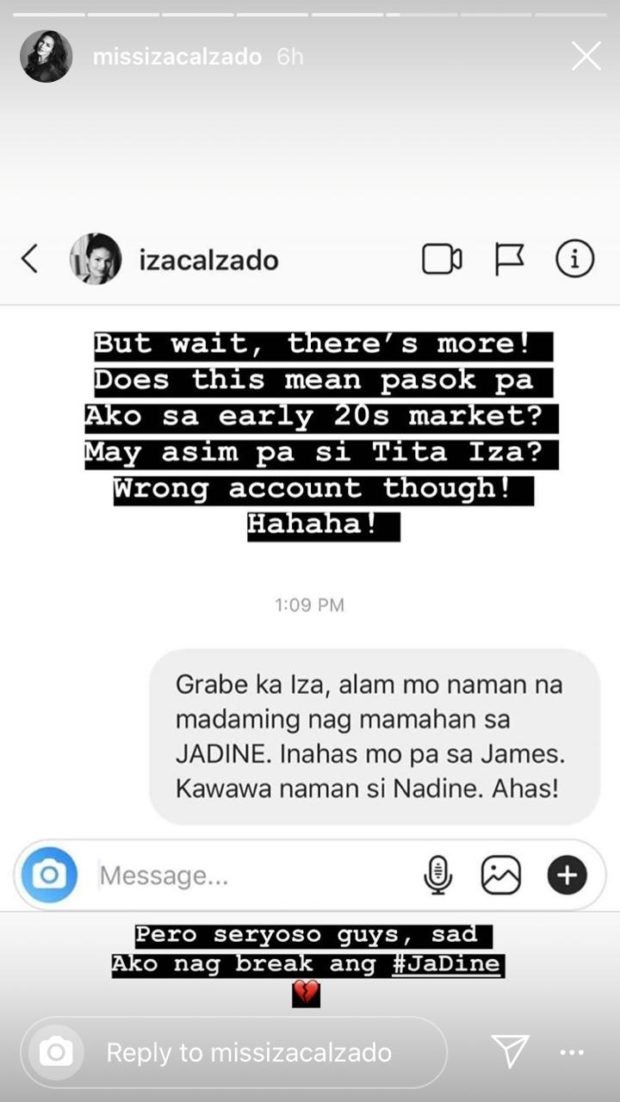 MANILA, Philippines — Actress Iza Calzado has found herself dragged into the issue of the split of fellow actors James Reid and Nadine Lustre, collectively known as #JaDine.

Calzado on Tuesday shared a screenshot of a Facebook post accusing her of being a third party in their breakup.

Despite the remarks, Calzado poked fun on the messages she received and said she is sad about the news.

Calzado was caught in middle of the between the issue after Issa Pressman, friend of the couple and sister of fellow actress Yassi Pressman, was accused by JaDine fans of allegedly being the third party of the couple.

Lustre and Reid confirmed calling it quits on Monday after deciding to focus on their “personal growth.”