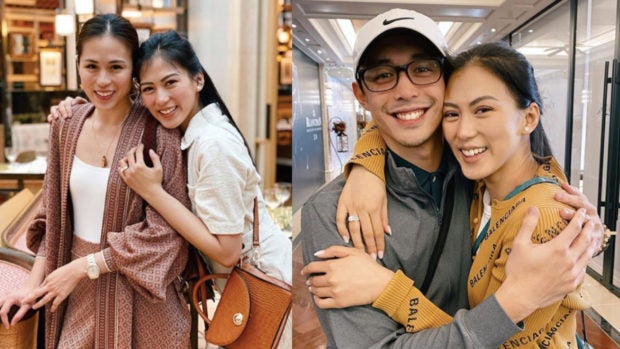 This combination photo shows Alex Gonzaga (R) with sister Toni in the first photo, and Alex with fiance Mikee Morada in the second photo. Image: Instagram/@cathygonzaga

Actresses Alex and Toni Gonzaga jetted off to Singapore not just to visit some of the country’s attractions, but also to try on some bridal gowns for the newly engaged younger Gonzaga.

Last week, Alex announced on her birthday that she has been engaged to Lipa City councilor Mikee Morada since last December. The actress was accompanied by her elder sister, Toni, to do some “bridal duty”, as seen on Alex’s Instagram Stories yesterday, Jan. 21.

Alex did not specify their agenda on the trip, but Toni hinted that Alex is picking a gown to wear on her wedding day. The “Pinoy Big Brother” host took a snapshot of a dress rack filled with white dresses and also tagged Alex on her story yesterday. 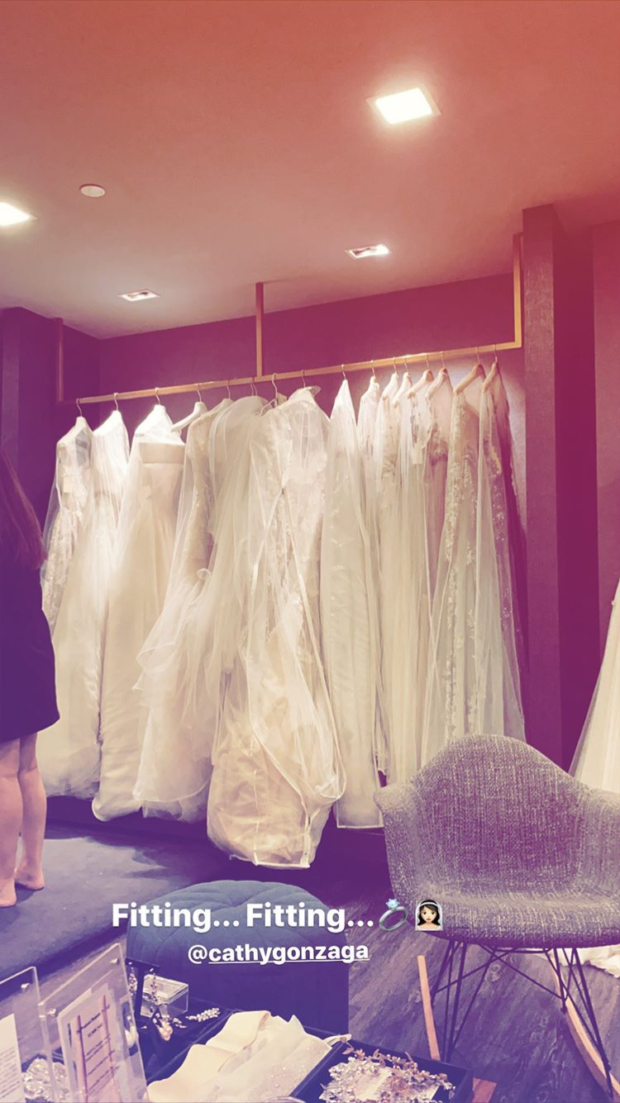 Later, Toni announced that their trip was a success as they feasted on some Thai cuisine at a restaurant in Singapore.

“Celebrating coz we finalized the wedding gown that she will wear,” Toni said. “We have a dress na (already)!” 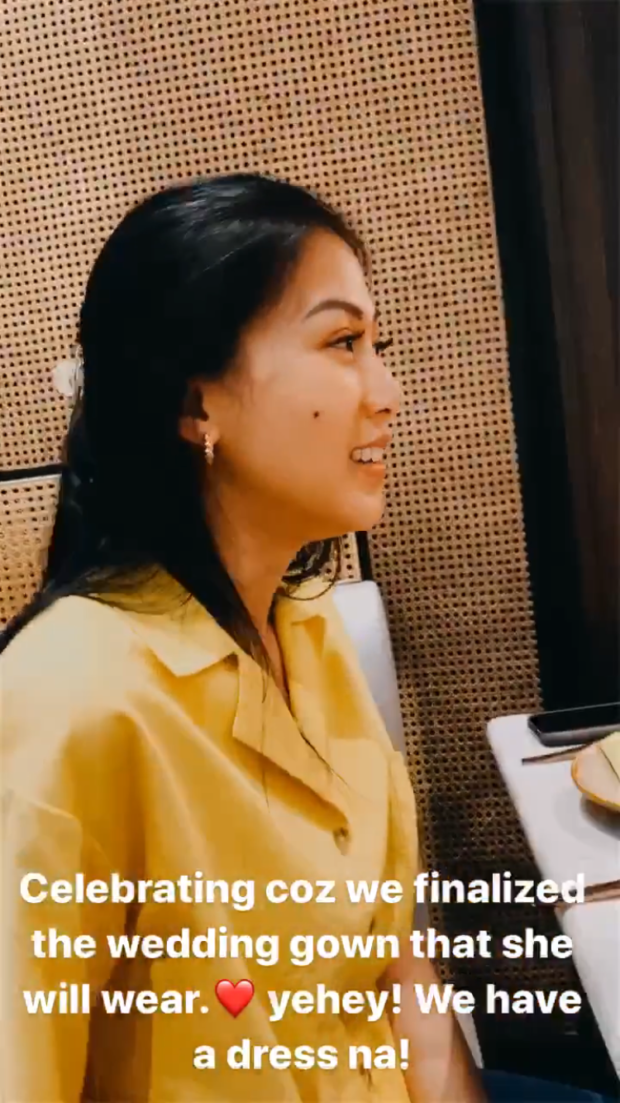 Alex also visited the famous Universal Studios theme park with Toni’s son, Seve. The two held hands while posing beside the famous yellow characters from the animated movie “Despicable Me”.

“Tata and Seve happy with the minions!” Alex stated via Instagram yesterday, Jan. 21.

Meanwhile, Toni marked her 36th birthday last Monday, Jan. 20. Alex expressed her love for Toni when she greeted her, but Alex could not help but poke fun at her older sister, as per her Instagram post on the same day.

“I can’t wait to talk to you about wifey duties because you are a good one!” Alex said. “I love you but not as much as [I] love Seve and Mikee jk!” NVG