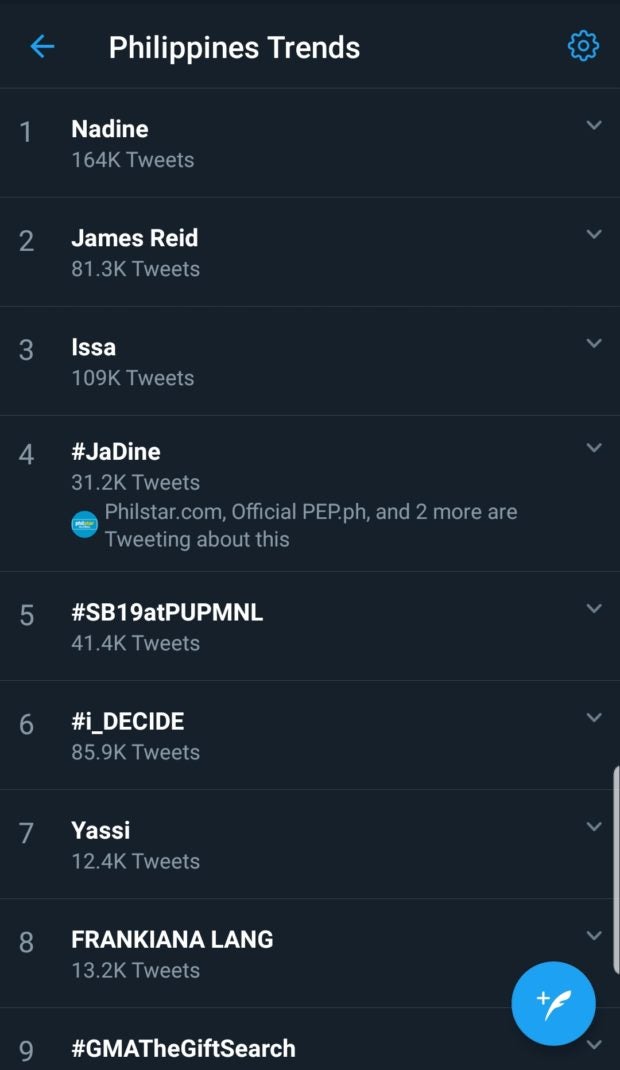 MANILA, Philippines – Following the confirmation of their breakup, James Reid and Nadine Lustre climbed the top trending topics on Twitter.

Their loveteam tag “JaDine” also made it to the list with over 31,000 tweets.

James and Nadine, who would have celebrated their fourth anniversary next month, confirmed calling it quits after deciding to focus on their “personal growth.”

The two confirmed being in a relationship in 2016 during their joint concert.