‘Titanic: The Aftermath’ on Discovery Channel 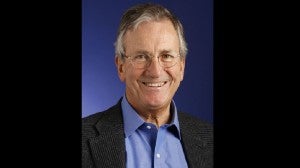 MANILA, Philippines – The sinking of RMS Titanic back in 1912 is considered the biggest maritime disaster in history. Probably, everyone knows how it sank, how passengers suffered the icy-cold waters of the sea, how people were sorted according to class in life and in death, and how a band played on as the ship went down, etc. But while books and films on her sinking have seemingly revealed it all, what happened after her ill-fated maiden voyage was another story, but untold.

To reveal the rest of the story in commemoration of Titanic’s 100th anniversary, Discovery Channel brings to us on April 15 at 9 p.m. the Titanic: The Aftermath – a documentary revealing the stories of three victims through the eyes of their descendants.

The documentary will show how the disaster changed forever the families left behind by those who died, and how it impacted those left to deal with the tragedy. It combined archive footage with vivid dramatizations showing human stories that unfolded in the hours, weeks and decades after the sinking.

“A compelling tale of corporate callousness and cover-up, heroism and medical innovation, as well as class prejudice and social divide,” it said.

In a recent phone interview with Christopher Ward, author of And the Band Played On, and the grandchild of Scottish violinist Jock Hume of the Titanic band, said “nobody has ever written about what happened after the Titanic sank. All of the books and the films . . . all end at the moment that the ship goes down,” adding that the “most distressing” scene in the water was that of weeks after the sinking.

He said nobody has ever told the story about women seen clutching dogs, women holding their children, men holding on to pieces of wood, as well as the White Star Line, which, in his view, behaved “recklessly” towards its passengers.

Ward said that when White Star Line hired cable laying ship Mackay-Bennet to specifically look for 1,500 missing bodies at the North Atlantic Ocean all the way from Halifax, Nova Scotia in Canada two days after the sinking, he discovered that of the 101 coffins aboard, it was still the first class passengers who were privileged to end up in one.

“Third class passengers and members of the crew like my grandfather were either immediately buried over board with a short ceremony wrapped in canvas; or, in fortunately my grandfather’s case, were brought and kept aboard the Mackay-Bennett ship. But, they were thrown onto ice in the hold like so many North Sea cod,” he said, not to mention the cargo rates being imposed just to get Hume’s body delivered to his hometown in Scotland, and the fact that nobody ever said sorry for what happened, among other things.

“Nobody on the White Star Line, or any other organization associated with it, could ever stand up and say we’re really sorry this happened, and we will do everything to get to the bottom of it. There were two public inquiries and neither of them really revealed that anybody had done anything wrong.”

Ward’s grandmother, who was to marry Hume after Titanic returned from her first trip had to go through an “unpleasant” court case to affirm Hume’s paternity of their unborn child at the time of his death. She was granted some financial help from the Titanic Relief Fund.

As a child who belonged to an unprivileged family and was brought up on charity, Ward thought her mother may have been embarrassed to be identified as a daughter to someone who died at the Titanic.

“Any child who is being brought up on charity, I think, inevitably feels beholden. It’s not a nice feeling. So, I think she grew up with a determination to make something of her life and never be dependent on anyone. So, she grew up to be a very strong woman,” he said.

Ward said accounts by other descendants of victims of the Titanic were also highlighted in the upcoming documentary, among them, the granddaughter of the richest man on board Titanic, John Jacob Astor,

Meanwhile, John Barnstead will talk about John Barnstead Sr., who as then Halifax’s registrar for deaths, created a methodology in forensics that would help identify victims in disasters involving massive loss of life.

But what in particular is the message?

And while the White Star Line may no longer be in existence, Ward said the documentary hoped to send a message to shipping bosses – that of caring for their passengers more seriously.

And his advice when travelling? “Always travel first class.”

Read Next
The Cranberries all set for Big Dome concert
EDITORS' PICK
EuroMillions Superdraw: A lottery draw unlike any other is coming to the Philippines
‘Justice will be done,’ Duterte assures as he vowed probe on Jolo incident to bare ‘truth’
Water remains our saving grace right now
Smart releases Hyun Bin’s second TVC
Current dominant strain of COVID-19 more infectious than original—study
DOLE: Return of OFWs’ remains from Saudi to be ‘delayed,’ deadline moved to ‘early next week’
MOST READ
BREAKING: Duterte signs anti-terror bill into law
Locsin warns of ‘severest response’ if China’s army drills in SCS ‘spill over’ to PH domain
Duterte tells military: No other president looked at you the way I did
‘Very timely, historic’: Senators laud passage of anti-terror bill despite ‘pressures’
Don't miss out on the latest news and information.