How to love Pinoy music and show it 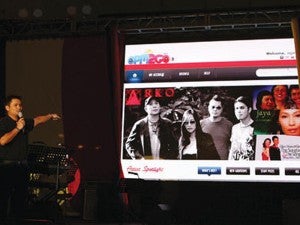 Can the new online music store opm2go help rejuvenate the ailing local record industry—just as its business model, iTunes, successfully transformed how consumers bought their music in the United States?

That may be a pipe dream for now.

There have been other locally-based, legal downloading sites that opened way before opm2go. The problem was that paying for the songs was complicated, requiring credit cards and online payment systems that majority of Filipinos found tedious.

But opm2go’s head, singer-songwriter Ogie Alcasid, said the process has been simplified, and demonstrated how at the online music site’s recent launch at Eastwood Central Plaza in Quezon City.

Signing up on the website opm2go.com takes less than a minute. After browsing through the catalog, buying the songs can be done through mobile phones (using Smart’s Pasabayad scheme), but for non-Smart subscribers, opm2go prepaid cards are available at National Bookstore, 7-Eleven convenience stores and record bars Astrovision and Odyssey.

Consumers from around the world can purchase their songs on their credit cards. 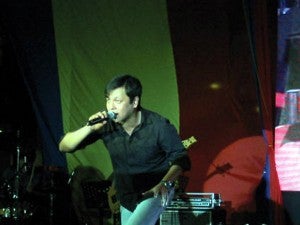 Jett Pangan is one of Alcasid’s partners in the business venture. POCHOLO CONCEPCION

But Alcasid—who told the  Inquirer that he and his partners in OksPinoy (a web and mobile applications developer) plunked in P120,000 each to jump-start opm2go—pointed out that he needs the artists’ direct support, especially independent musicians, for this venture to succeed.

He personally invited Jett Pangan of The Dawn to join opm2go as industrial partner. “What he is investing in the company is more valuable than the money he put in,” said Alcasid, who explained that he is counting on Pangan’s connection to the indie music scene. “Hindi ako masyadong pamilyar diyan e. I need someone whom a lot of musicians respect, who’s active, and at the same time an advocate of OPM. Jett fits the bill perfectly.”

Indie musicians, Alcasid said, “are a one-stop-shop. They’re the artist, producer and marketeer.  And all this is done through social networking, which fits perfectly with how we want to run opm2go as a business.”

The site will have a “widget,” or a link to all its musician members’ Facebook and Twitter accounts. “The widget will serve as the bridge for the musicians’ friends and followers to go straight to the opm2go site,” Alcasid said, adding that the online music store is “a connector” for artists and consumers. 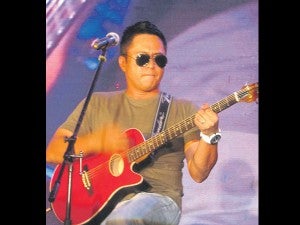 Nevertheless, Alcasid said he put up opm2go primarily for artists to earn directly from their own songs and at affordable rates for consumers. Each download (P15 for tracks signed to major labels; P10 for indies) is split in half between the store and the label and/or the composer. Royalties for composers are automatically paid through a designated online account.

At the moment, the site offers 12,000 songs from the Vicor and Viva Records catalog and 80 indie tracks. Universal Records has also agreed to license the works of its roster of musicians, which includes Alcasid.

Indie artists interested in signing up may call Tina Villar at 7558805.

President Benigno Aquino III delivered the keynote address, in which he spoke of his love for Filipino music and support for opm2go amid rampant piracy. 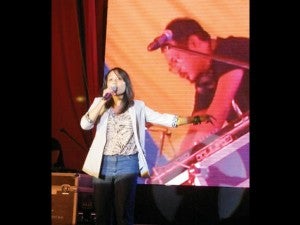