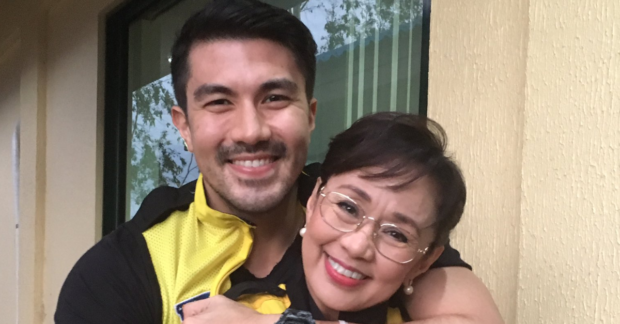 Vilma Santos-Recto and her son Luiz Manzano slammed a fake Twitter account which is using the former’s name and photo to pose as her.

Manzano retweeted one of the said page’s posts on his own Twitter account last Thursday, Jan. 17. The impostor used the actress-politician’s photo and the handle @vilmaSRecto.

“Please dont be [duped]… I am the star for all season #TaalEruption2020,” the poser said on Jan. 16 in response to a fan page (@therealluisters) dedicated to Manzano, which asked others to report the impostor.

Meanwhile, Santos-Recto herself clarified that she is not handling the said page as she uploaded a screenshot of a post showing the said account on Instagram yesterday, Jan. 18.

“This is a fake account [two thumbs down emoji],” she said.

Following their posts, the mother and son’s fans have chosen to help them by reporting the said account on Twitter. One netizen (@ronalyn_lyka) posted screenshots of how she reported the poser’s page on the social media platform.

Another netizen (@kloysty) followed Manzano’s lead and urged others to “power report and block” the impostor’s account.

Aside from dealing with the poser, Manzano and Santos-Recto have also been helping the Taal evacuees through relief operations and calls for donations. JB

LOOK: Luis Manzano as Lucky in his grade school yearbook has wise words on ‘life and nature’