Once more onto the bridge: Captain Picard returns to ‘Star Trek’ 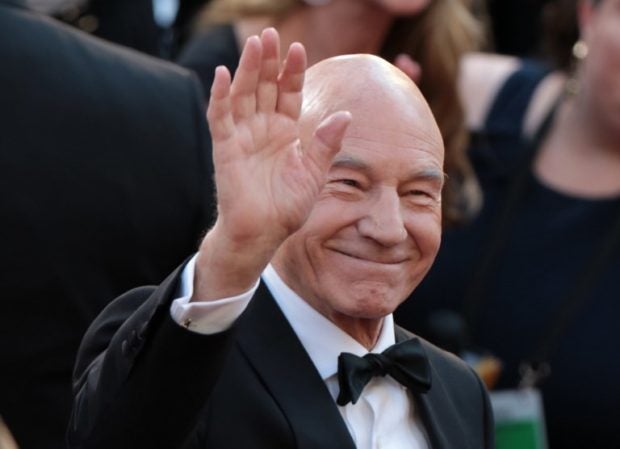 He vowed never to return but Patrick Stewart is back in spandex for another intergalactic adventure as Captain Jean-Luc Picard in a new series of “Star Trek” next week.

Having bid farewell to the character that brought him international fame, the English Shakespearean actor, who turns 80 later this year, was tempted back into the Trekkie universe by a whole new take on Picard.

“It has been 17 years since I said ‘au revoir’ to Jean-Luc,” Stewart told Agence France-Presse (AFP) during a visit to Paris, and a quarter of a century since the last series of “Star Trek: The Next Generation” ended.

“It was my absolute intention not only never to go back to that world, but to assume that everything that could be said had been said — that there was nothing more to say,” he added.

That is until Stewart began talking to Alex Kurtzman, the creator of “Star Trek: Picard” and screenwriter Michael Chabon, who wanted to take the commander to places he has never been before. Chabon brings a certain cachet to the project as a Pulitzer prize-winning novelist — but he is also a longtime Star Trek fan.

“I found that they had ideas that were unexpected and that we were in a different world from the one that ‘The Next Generation’ created,” said Yorkshire-born Stewart, who was knighted in 2010.

“It feels like a new beginning because Picard is in a completely different situation from the one that we saw in him for four movies and the 178 previous episodes” of the cult television series in which he appeared.

For one, the retired starship admiral, who once exuded such calmness and authority, will be genuinely rattled in the new series, which goes out from Jan. 23 on CBS and Amazon Prime.

The ageing Picard has lost his bearings, rocked by the death of his android Data, who was such a talisman for the Starfleet’s officers.

“There are one or two characters who have a history with ‘Star Trek’ (in the new series) but the world around them is transformed — it is not the same world,” said Stewart, who last appeared on the Starship Enterprise in the 2002 movie “Nemesis”.

But he is galvanized back into action to help Dahj, a young woman in distress.

The new series also sees Picard going back to his Gallic roots as French civilization seemingly teeters on the brink of extinction.

With some scenes shot in a vineyard, Picard even gets to speak his native tongue on screen.

“We tried to create as French a world as possible,” Stewart told AFP.

Parallels with the present

Picard is backed up in the new series by Raffi Musiker, a peerless hacking genius and investigator played by Michelle Hurd who is tormented by her demons and rather complicated past relations with the captain.

“I think she represents a lot of people, hurting women who may be haunted by the choices and decisions that they’ve made,” Hurd told AFP. “She is just trying to get up in the morning and confront the day.”

“She’s really, really good at her job. Sometimes I think maybe her skill… is the thing that is distracting her from what is haunting her,” she added.

The other major female character in the series is Dahj, played by British-born actress Isa Briones.

“Dahj kind of sets everything in motion… starting Picard on a new mission,” she said.

Although she was not a “major fan” of the original series, Briones said she always admired its values and diversity.

“I like to say it’s a beautiful responsibility that we have. People care so much about this show… it has helped them find people who speak the same as them.”

“We’re going to tell stories that are pertinent to this time, but you may not see it as that until the end,” said Hurd teasingly. “We are not teaching lessons but we are bringing light to human dilemmas.” RGA

One Cebu not endorsing any candidates, alliances yet — secretary general