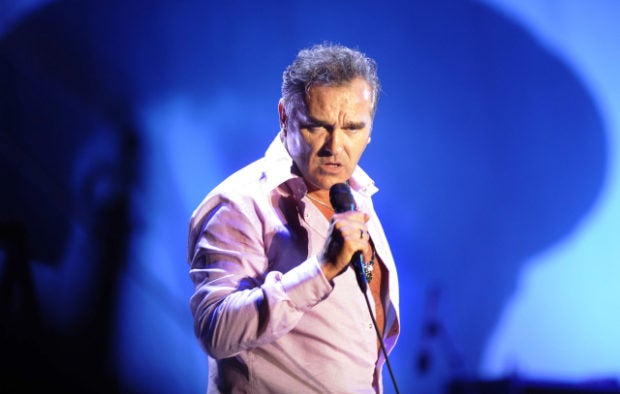 “Bobby, Don’t You Think They Know?” will appear on Morrissey’s forthcoming new album, “I Am Not a Dog on a Chain”, which will drop on March 20.

The former Smiths frontman first announced his 13th studio album back in November, describing the LP as “the very best of me … too good to be true … too true to be considered good …” on his Morrissey Central fansite.

The album was recorded in the French town of Saint-Remy with his long-term collaborator and Grammy-winning producer Joe Chiccarelli.

The follow-up to his 2019 “California Son” will feature 11 new songs, including “Love Is on Its Way”, “Knockabout World” and the newly-released “Bobby, Don’t You Think They Know?”

Announcing Morrissey's new album 'I AM NOT A DOG ON A CHAIN' out on March 20th. Pre-order here: https://t.co/bvbHjG1ZB3

The single finds Morrissey teaming up with Thelma Houston, with the Motown legend saying in a statement that “one of the biggest joys for me in this business is getting the opportunity to collaborate with other top artists.”

“I love the challenge to see if what I do can work with what they’re doing. Sometimes it works, and sometimes it doesn’t. I think the blend of what Morrissey is singing and what I’m singing really works on ‘Bobby.’ And it was a lot of fun working with M in the studio too!” she added.

“I Am Not a Dog on a Chain” will mark Morrissey’s first collection of original music since his 2017 “Low in High School”.

Last November, the 60-year-old vocalist announced that the full-length will arrive ahead of an extensive reissue campaign that he will launch through the label BMG.

Several Morrissey albums will be remastered and reissued with updated artwork and sleeve notes throughout 2020, including his 1995 “Southpaw Grammar” and his 2009 “Years of Refusal”. JB