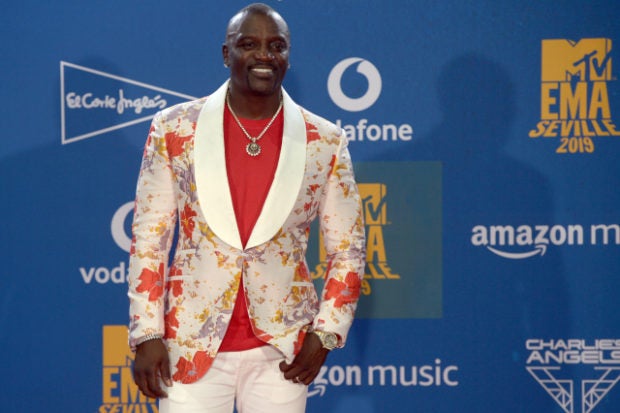 Akon at the MTV Europe Music Awards at the FIBES Conference and Exhibition Centre of Seville. Image: AFP/Cristina Quicler via AFP Relaxnews

Senegalese-American singer and songwriter Akon has pledged to invest in tourism in his native Senegal, industry and government officials said Thursday.

Best known for his R&B hits such as “Locked Up” and “Smack That”, the singer signed a deal with Senegal’s state-owned tourism company SAPCO on Tuesday.

“Beyond his status as an artist, it is Akon, the investor who believes in Africa (signing up to the agreement),” the tourism ministry said in a statement before the ceremony.

SAPCO Secretary-General Aliune Ndiaye told Agence France-Presse that the deal was a memorandum of understanding, so the size of the future investment is still unclear.

He added, however, that Akon plans to build a complex in the seaside village of Mbodiene, some 120 kilometers south of the capital Dakar.

The rapper, whose real name is Alioune Badara Thiam, spent his early childhood in Senegal but moved to the United States at age seven, where he later rose to superstardom.

A spokesperson for Senegal’s tourism ministry said the singer wanted to build a sustainable tourism village that would “campaign for the environment.”

Akon is not the only international star with West African roots considering such investments.

British actor Idris Elba — whose mother is Ghanaian and whose father is Sierra Leonean — has also expressed an interest in developing eco-tourism. Elba visited Sierra Leone last month, which is hoping that tourism can kickstart its dire economy. RGA

Akon says singing has given him a platform to promote Africa