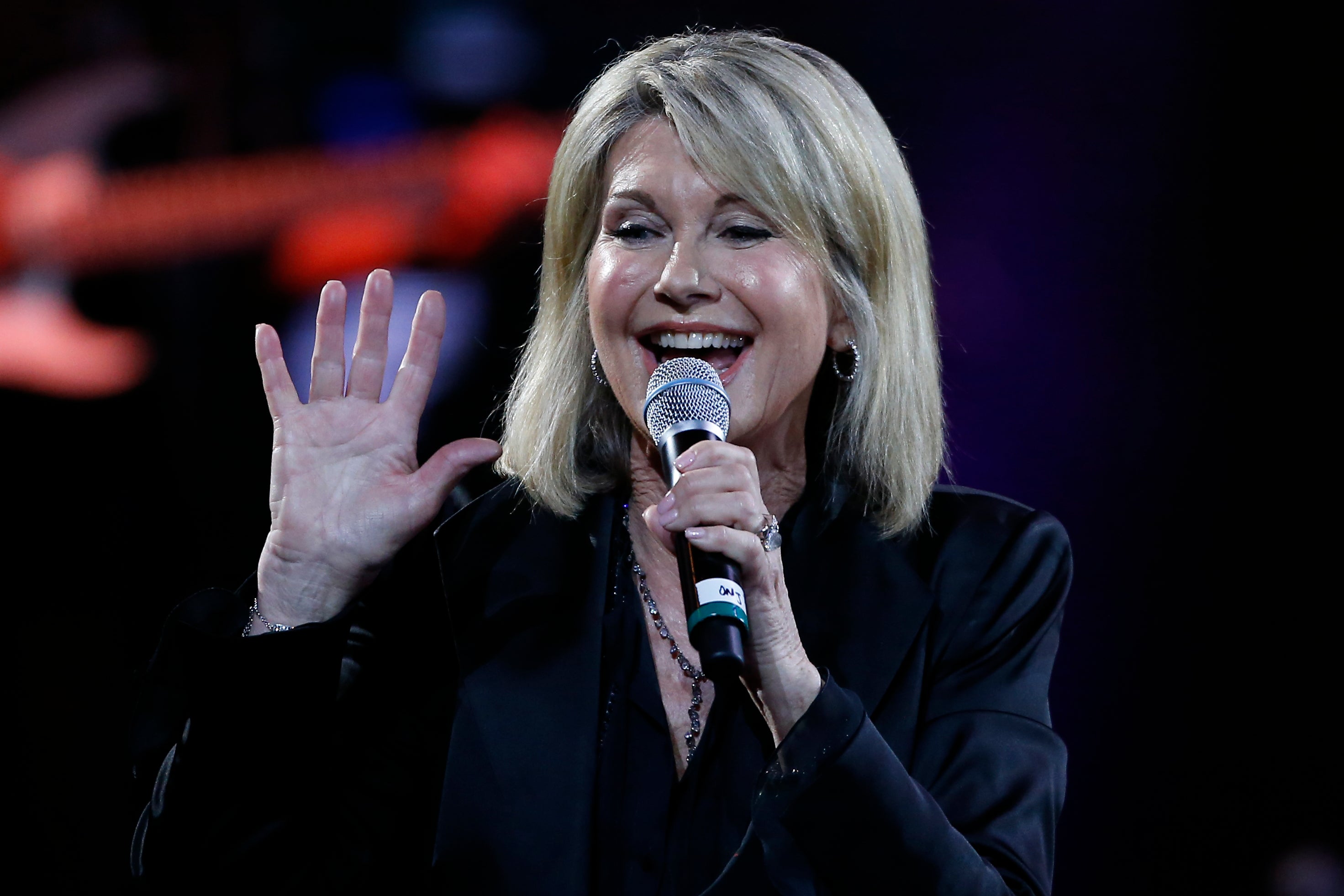 (FILES) In this file photo taken on February 23, 2017 British-Australian singer Olivia Newton-John performs at the 58th Vina del Mar International Song Festival on February 23, 2017 in Vina del Mar, Chile. – British-born Australian singer Olivia Newton-John is made a Dame Commander of the Order of the British Empire (DBE) for services to charity, cancer research and entertainment in the 2020 New Years Honours list. (Photo by PAUL PLAZA / AFP)

LONDON — Olivia Newton-John, the UK-born Australian singer who found worldwide fame in the hit movie “Grease”, was given a damehood in Britain’s traditional New Year Honours unveiled on Friday.

The entertainer, whose career has spanned more than five decades, was joined on the prestigious annual achievement list by Oscar-winning Hollywood directors Sam Mendes and Steve McQueen.

Queen Elizabeth II’s New Year Honours List recognizes outstanding achievements in the worlds of showbiz, sports, and politics, as well as the contributions of a larger number of everyday citizens.

Overall, 1,097 names were on the list for 2020, nearly two-thirds of whom have undertaken outstanding work in or for their local community.

Newton-John, who has devoted much of her time and celebrity to charities after battling three different cancer diagnoses since the early 1990s, said she was “extremely excited, honored and grateful” to receive the award.

“As a girl born in Cambridge, I am very proud of my British ancestry and so appreciative to be recognized in this way by the United Kingdom,” she told Britain’s Press Association.

The 71-year-old moved to Australia with her family when she was five.

Mendes, best known for his acclaimed directorial debut “American Beauty”, and McQueen, who made history in 2014 when he became the first black filmmaker to win a best picture Academy Award, both earned knighthoods.

Mendes, 54, the director of two Bond films, said he was “amazed, delighted and extremely proud.”

“I have stood on the shoulders of so many collaborators and colleagues… to whom I owe a huge debt of gratitude,” he said.

“I would not be receiving this honor without them.”

McQueen’s biggest success was the 2013 biographical drama “12 Years A Slave” — a searing portrayal of slavery in the United States which proved a box office hit.

His most recent film is the crime heist drama, Widows, starring Viola Davis.

Elton John — who was knighted in 1998 — received an upgrade in this year’s honors.

He was appointed to the Order of the Companions of Honour, awarded to people who have made a significant contribution in their field over a long period.

People who receive it carry the initials “CH” after their name.

Other notable honorees included Steven Knight, the creator of the hit BBC TV show “Peaky Blinders”, who was made a CBE (Commander of the British Empire).

Roger Taylor, 70, a founding member of British rock band Queen, was awarded an OBE (Order of the British Empire).