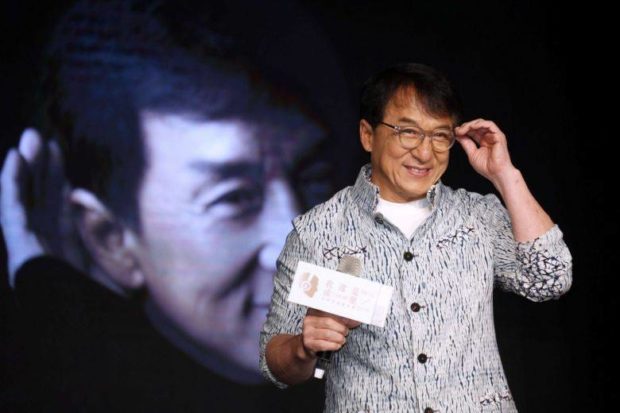 HONG KONG — Jackie Chan felt the full extent of the horror only later that night.

He could have lost his life.

Earlier in the day, he had filmed a scene for his upcoming thriller Vanguard when trouble struck.

According to China.org.cn, during the shoot out at sea, the 65-year-old actor found himself trapped under a rock. He was unable to free himself and faced the risk of drowning.

But Chan, revealing the incident at a Beijing press conference to promote the movie, said that he willed himself to stay calm, and not panic.

The veteran action star has suffered many scares on film sets during his career, getting nasty knocks, for example, when leaping from one building to another or hanging from a helicopter, as he tries to ramp up the fear factor in his movies.

In this latest anecdote of putting his life on the line, the Vanguard crew were fortunately not caught off-guard. They were quick to react and got Chan out of a sticky spot.

In fact, it was Chan who had to reassure the movie’s director Stanley Tong that he was all right.

Tong, who was at the Beijing press conference, said he feared for the worst when he realized that Chan was in trouble out at sea.

So when he saw the actor emerge from the water,”I just could not control my tears”.

Chan noted that it was only when he took a shower later that night that he was overwhelmed by the enormity of what had happened.

“I suddenly felt really scared and my body started shaking. I could have so easily died,” he recalled.

Chan is dedicated to giving his all in filming, not using a body double for instance.

But the actor brushes off the praise, telling the media: “I don’t want to let the audience down.”

He noted that Tong, 59, is also a hard taskmaster, always pushing for ways to go beyond the tried and tested.

That desire to push boundaries can result in fatalities.

Taiwan-born Canadian model-actor Godfrey Gao, 35, died on Nov 27 after he collapsed during the filming of Chinese sports-themed show Chasing Me.

However, Chan and Tong have teamed up for nine movie projects, including Vanguard, and are backed by a battle-hardened crew.

Tong told an interviewer recently that Chinese movies “should not follow what Hollywood has done; we should make it so great that Hollywood should instead learn from us”.

Vanguard, which sees a squad of security guards taking on a mercenary organisation, will be released in China on Jan 25, the first day of Chinese New Year.