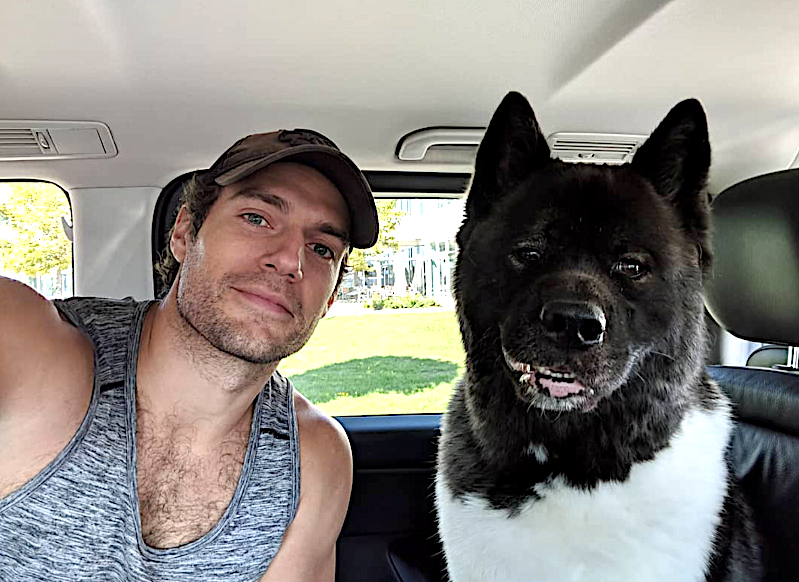 How does it feel to be Superman’s best friend Pete Ross, or his occasional “partner in crime(fighting)” Lois Lane?

We got our answer on Friday, when Inquirer Entertainment met the star of “Man of Steel” and “The Witcher,” which begins streaming on Netflix today, for this exclusive one-on-one chat with one of the planet’s most dashing dudes.

That this gorgeous guy also has a “heart of gold” comes as no surprise to us: The day before we met Henry, the 36-year-old British actor patiently and politely worked his way through a throng of screaming and swooning fans for almost two hours—to talk to them, ask for their names, take selfies and sign autographs! (Check out Allan Policarpio’s Dec. 16 article in Inquirer about Henry’s fan meet on Dec. 12 and more info about “The Witcher’s” synopsis.)

We have yet to meet a star with as much patience and kindness to fans, unlike many entitled “starirays” in this country who think it’s beyond them to spend a few seconds of their precious time with the very people whose patronage and loyalty allow them to stay relevant in Tinseltown.

We were one of two journalists (the other one was from Korea)—and the only one from the Philippines and Southeast Asia—invited to meet Henry for this “one-on-one huddle,” so when we finally came face-to-face with this living, breathing Kryptonian, we could feel adrenaline rushing through our veins.

After all, the experience felt like a lifetime away from having grown up in earthquake-shaken Padada in Mindanao reading Superman and Batman comic books as part of our long and languorous playtime as a kid. Moreover, it’s hard to imagine anybody else from Hollywood embodying those childhood heroes better than Henry—except perhaps Christopher Reeve.

“That, for me, was a pleasure,” Henry beamed warmly as he stood up to shake our hand when we entered the Murphy Room of Conrad Manila. Our fist melted like Jell-o when we felt his huge smooth knuckles brushing against ours.

“Some of those people were there since 1 a.m. So, it’s the least I could do for them,” he said of his generous feat at the fan meet the day before our meeting.

OK, we probably sound like a fan. But it’s hard to hold back one’s admiration for a celebrity who is as great-looking as he is considerate.

To prove our point, as we were rushing out of Conrad Manila to go back to the Philippine Daily Inquirer newsroom after the interview on Friday, we received a message from Henry saying how much he enjoyed our “enthusiastic” chat. No other star has done anything sweeter.

Even the way Henry handles disappointments is worth emulating. Before he was cast as Clark Kent in “Man of Steel,” “Batman v Superman: Dawn of Justice” and “Justice League,” he endured a string of high-profile rejections.

For instance, he was deemed too young to play James Bond in “Casino Royale” (the 007 role eventually went to Daniel Craig) or too old to portray Cedric Diggory in “Harry Potter and the Goblet of Fire” (it went to Robert Pattinson, who also edged him out for the role of Edward Cullen in the hit “Twilight” series).

In fact, before he was finally cast as Superman in 2013’s “Man of Steel,” Henry initially lost the same role to Brandon Routh for 2006’s “Superman Returns”!

So, how does Henry handle rejection? “It’s something that you need to get used to,” he said. “I’m used to it by now. I mean, if I was told no for ‘The Witcher’ (a role that he actively lobbied for), it would have made me sad. But you move on.

“That’s an important thing for all of us to learn in life. Things don’t always go our way. But just because you get told no doesn’t mean there’s not a different opportunity around the corner.”

Speaking of opportunities, after playing Geralt of Rivia in the premier season of “The Witcher,” Henry is set to portray Sherlock Holmes in Harry Bradbeer’s “Enola Holmes,” opposite Millie Bobby Brown, Sam Claflin and Helena Bonham Carter. 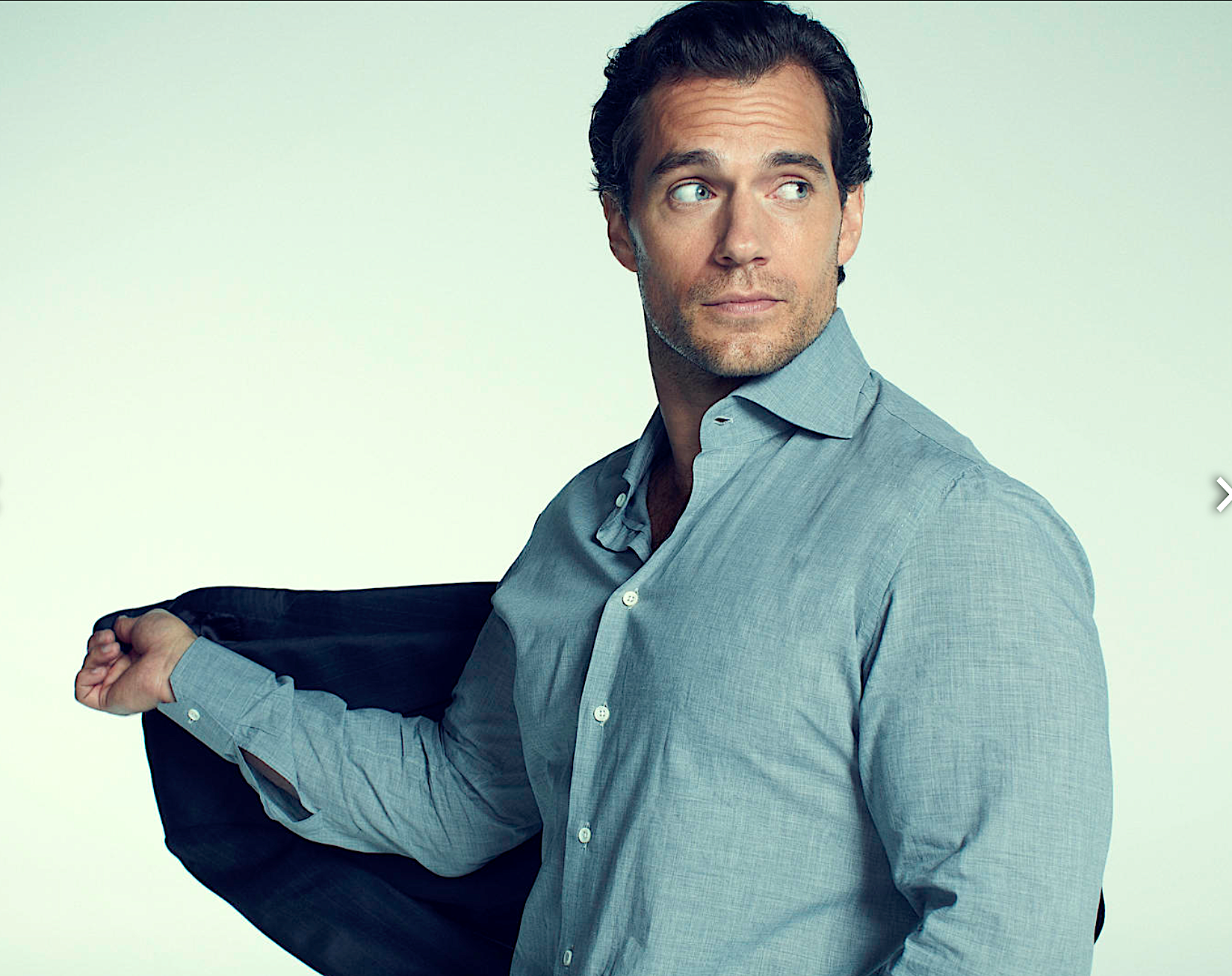 Our Q&A with Henry:

It’s a testament to your growth as an actor that people don’t just talk about your eight-pack abs these days—although nobody’s really complaining about that. Beyond all that “beauty and brawn,” people have been noting your emerging gravitas as an actor, particularly in films like Christopher McQuarrie’s “Mission: Impossible-Fallout” and Woody Allen’s “Whatever Works.” Do you think your good looks get in the way of people noticing that you’re more than just eye candy?

With anything like that (a person’s good looks), it’s a double-edged sword. There are huge benefits, because you will be given roles and put in positions early on. And you get some opportunities, which I think are wonderful.

That’s something I’m very thankful for but, at the same time, as you said, sometimes people just assume that one doesn’t possess any acting ability [just because they can get by on good looks alone]. But it all depends on the opportunities you’re given.

Having worked with Chris McQuarrie, for example—it was a real pleasure to get cast in “Mission: Impossible.” He took a chance and allowed me to express my abilities as an actor. To a certain degree, the role of August Walker is a secondary character in the story, so it was satisfying [to earn good notices for it].

People started to see you in a different light because of that, don’t you think?

Absolutely. And it’s all about who’s in charge—and Chris is the fantastic person in charge there. He gives every actor the opportunity to express their skills to the best of their ability, and that was why “Fallout” was very successful. Because McQuarrie knew what he was doing.

You’re a gamer. Does that inform your performance as monster slayer Geralt of Rivia, the Butcher of Blaviken, in “The Witcher”?

It would be impossible to say that it doesn’t inform my portrayal in the series. Because there’s a huge influence that that experience had on me. I mean, I played the game for hundreds of hours (laughs). And so, there will always be an influence in one way, shape or form.

It’s about me making sure my target is realized. And that is to make Geralt as accurate to the books as possible, and as enjoyable for people like myself and “The Witcher’s” fans, as well. That was always my goal. I wanted to make Geralt the character who I experienced and continue to experience [as an avid gaming enthusiast].

In what way do you channel Geralt’s brooding demeanor? Are you as dark in person, because we mostly associate you with Superman and the other larger-than-life characters you portray?

I think everyone has some darkness in them. As an actor, it’s about accessing those different parts of your personality that are required for the role. With Geralt, it’s not necessarily his darkness that’s interesting, it’s more his stone-cold exterior and indifference.

When you see him commit what some people would call atrocities, he’s actually not doing it out of darkness. That’s what is interesting about the character, his intentions always come from the light, not from his dark side—not like August Walker [in “Mission: Impossible”].

In fact, even August Walker’s intentions were [good], but he was just willing to do some terrible things to achieve them—which made them dark! Whereas Geralt, his actions are always intended to do something good. It’s just unfortunate that the path he takes tends to shine a dark light upon his actions.

There’s some fine singing in “The Witcher,” which helps leaven the doom and gloom of the material. It somehow brightens all that dark brooding. Didn’t you want to sing in it, too? We know that you played Sonny in “Grease” when you were in school.

Absolutely, the music here is fantastic. But that’s actually a wonderful reflection of “The Witcher’s” world. The bard Jaskier (Joey Batey) is such a fantastic character because he does seem to work as contrast to all of the show’s darkness, grim politics and harsh realities.

But as far as having Geralt do some singing, he really isn’t much of a performer. Would he ever sing? It would be difficult to sing in that gruff and brooding voice, I think. No, he hasn’t got much of a singing voice (laughs).

Q: Wouldn’t Kal-El, your gorgeous black-and-white American Akira, have been perfect for “The Witcher’s” setting?

A: Yes, Kal would have been (laughs)! He would’ve loved to be part of it. On set, he’s got a lot of space to run around in and do his stuff. Unfortunately, taking him around is very expensive, so…

Q: Who takes care of Kal when you’re shooting or traveling?

A: He’s being looked after by my chief of staff’s husband. They have a lot of great time together (laughs).

Q: What’s your relationship with the roles you play? Do you go through a withdrawal phase after playing characters like Clark Kent (“Batman v Superman”), August Walker (“Mission: Impossible – Fallout”), Solo (“The Man from U.N.C.L.E.”) or even Randy (in Woody Allen’s “Whatever Works”)?

A: (Laughs) For some characters, yes, For others, not so much. It all depends. I mean, if you spend a lot of time creating them, you’ll somehow establish a certain link. You’re always going to have that bond with someone like Charles Brandon (his character in the TV series, “The Tudors”).

In Charles’ case, when the show was finished, it did feel very much like I was saying goodbye to an old friend forever—which was an interesting new feeling I wasn’t quite used to. It’s the same with the other roles.

That connection will always be there, whether it’s because I have played them over the years, or because I happened to love the character even before I began playing it. You do develop these connections because you lived in their shoes for a certain period of time. The longer period of time you play them, the deeper the connection.