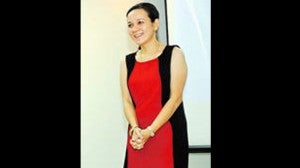 The Movie and Television Review and Classification Board recently signed a memorandum of understanding (MOU) with representatives of local broadcasting networks on “upholding nonderogatory portrayals of women on television and film.”

The memo was also signed by the Kapisanan ng mga Brodkaster ng Pilipinas (KBP).  “It aims to sensitize viewers and the general public to the problem of ‘sexualization’ of women on local TV and in cinema,” said Robert “Bobby” Andrews, MTRCB gender and development committee chair.

“Female objectification is a global issue that can be tackled on the local level,” Andrews said in his opening address.

According to Jose Ibarra, GMA 7 legal counsel, the Kapuso network is “committed to adapting the best practices when it comes to portraying women on all our platforms. We will implement certain programs that will empower people and address the issue regarding women and children.”

Ibarra added: “We thank the MTRCB for encouraging us to do this soul-searching. We do not expect overnight results, but we hope this will start efforts to correct past mistakes.”

Andrews said the MOU was the board’s response to complaints from viewers about unfair treatment of women on TV. He clarified that the MTRCB had no intention of “stepping on the creative freedom of producers. But we want them to mind the way women are treated in their productions.”

Andrews added: “In the long run, it will be our children’s children who will benefit from these reforms. This is the first step and hopefully a wake-up call.”

MTRCB chair Mary Grace Poe-Llamanzares said the MOU took months to finish—and only after a series of consultations with the creative team of the networks. “We didn’t want to go public with this without seeking the opinion of those who would be affected,” Llamanzares said. “We shall monitor them to make sure they stick to the agreement. However, we want to stress the importance of self-regulation.”

The MOU likewise enlists media’s help “to develop positive images of women and men and eliminate stereotypes and encourage the use of gender-sensitive language and images on print, on photos, television, and radio programs, as well as on advertisements and films.” 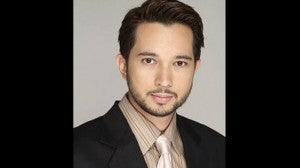 Meanwhile, Llamanzares announced that a summit on the welfare of children working in show business will be held on April 25 at the Mabini Hall of Malacañang. This is in cooperation with the Department of Labor and Employment and the Department of Social Welfare and Development.

“Not only will we tackle children’s rights; we will also ask the major networks to inform us what they do to protect children on their sets and within their companies,” Llamanzares told Inquirer, adding that child actors Aiza Seguerra and Niño Muhlach have agreed to attend the event.

“They will share funny stories while growing up in show biz, and give advice on safety measures for child actors today. We are inviting more talents to participate.”