Women turn to apps, podcasts to explore sexuality through sound 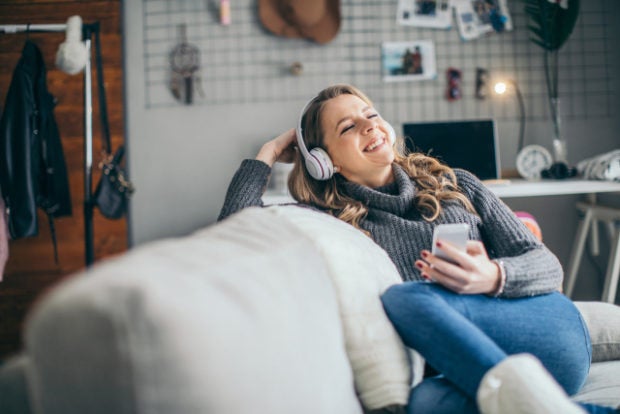 “I would rather listen to erotica than see it because just as I do with books, I like to visualize myself instead of seeing someone else,” says Yves, who only gave her first name.

Yves uses Dipsea, one of the three major female-focused sex-positive platforms launched within the last 18 months, along with Ferly and Quinn.

For Billie Quinlan, the co-founder of the Britain-based Ferly, it was time for erotica to explore new formats.

“Sexual stimulus has been a very male-dominated industry, which hasn’t prioritized female pleasure, and as a consequence, it’s created damaging and unhelpful narratives,” she told AFP.

Ferly’s mission is to “rewrite these narratives by being thoughtful, honest and diverse in our stories,” Quinlan said in an email.

While Ferly is for women only, Quinn and Dipsea say they are also open to male users.

Nearly all of the podcasts last from five to 35 minutes. Some of the plots are sophisticated, with changes in venue and multiple characters.

The level of graphic description is often made clear, as well as the relationship featured. At Ferly, “She and Him” is one such category, with subcategories such as “in public” and “fantasy” or “voyeurism.”

Ferly and Dipsea have dedicated significant resources to the writing and the sound quality, setting themselves apart from more amateurish content such as GoneWild Audio, available on Reddit.

“Creating compelling audio in general is difficult,” says Gina Gutierrez, the 29-year-old co-founder of Dipsea, which says it has had more than 325,000 downloads.

“That’s something that can be shattered if someone says the wrong thing or the voice doesn’t sound right.”

Caroline Spiegel, the founder of Quinn, says that with her site’s content, “you feel like you are really in the room with someone having sex with them. It’s very different from watching something.”

“I feel respected and empowered as a woman when I listen to Dipsea,” she added.

Dipsea has so far raised $5.5 million in investments, while Ferly has recently raised $1.5 million, putting the United States and Britain at the forefront of the trend.

But similar podcasts and apps are also taking off in other countries, like in France, where Arte Radio broadcasts a show called “Paths of Desire”.

Audio erotica is part of a wider movement — sex and intimacy have been portrayed in recent years in the media in a more modern way with fewer stereotypes, especially about women.

“We’re in the middle of a cultural zeitgeist where people are feeling able to be their fuller self,” Gutierrez says.

And while the stigma long associated with erotica — read: Playboy wrapped in paper covers — has not entirely disappeared, it is fading.

At Dipsea and Ferly, their ambitions are lofty — they want to move past pure entertainment.

Quinlan and Ferly co-founder Anna Hushlak are both survivors of sexual violence, and they hope to offer a way for other victims to reclaim their sexuality.

“Figuring out what pleasure means to you is the essence of sexual wellbeing. Once you have this, it feeds into every part of your life,” Quinlan says.

While most users are listening solo, according to Dipsea’s Gutierrez, some users who have partners have said “it’s having a major impact on their relationships.”

“We truly believe that this is something that’s empowering for women far outside the bedroom.” NVG