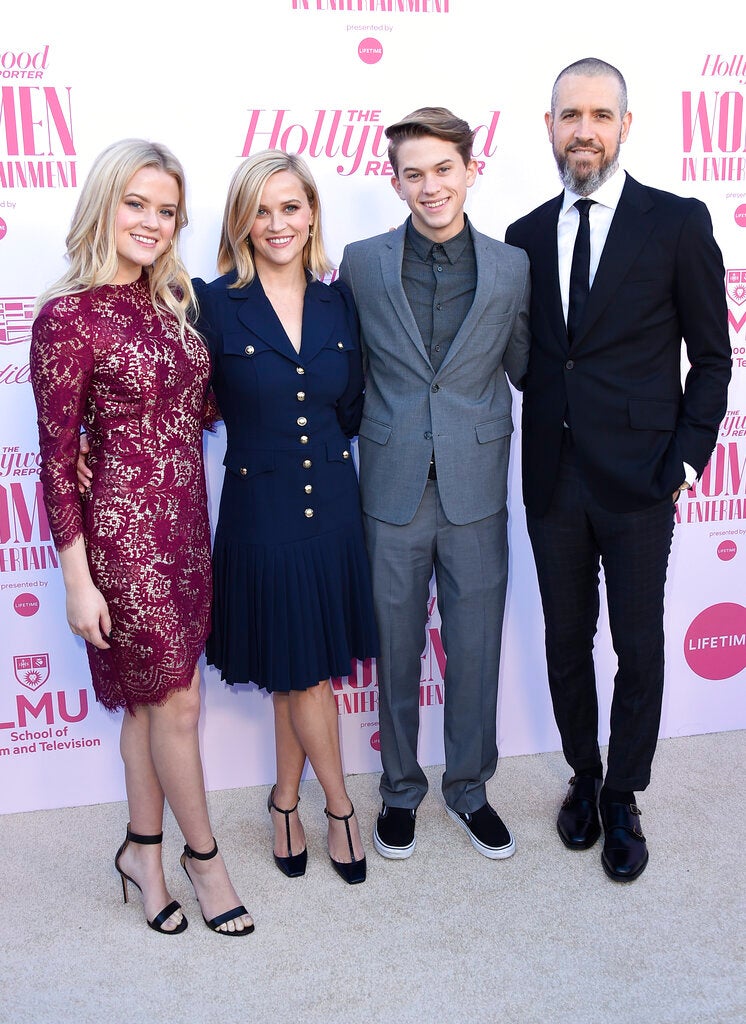 LOS ANGELES  — Reese Witherspoon remembered when she met with several film production studios in 2011 to ask them how many movies were being developed for women.

The studios’ responses nearly floored her.

“Of all the major seven studios, the answer was one,” Witherspoon said after she received the prestigious Sherry Lansing Leadership Award at The Hollywood Reporter’s Women in Entertainment breakfast gala Wednesday in Los Angeles. The Oscar and Emmy-winning actress was handed the award by her friend actress Kerry Washington for excelling in film and her philanthropic efforts.

Witherspoon said she was grateful to receive the award named after Lansing, the former Paramount Pictures CEO who was the first woman to head a Hollywood studio. While she called Lansing a “trailblazer,” the actress hearkened back to her meeting with studios that felt “grim.”

Witherspoon said the moment helped empower her to start her own production company, Hello Sunshine, which has produced Oscar-nominated films “Gone Girl,” “Wild,” and the HBO drama series “Big Little Lies” with an all-female leading cast.

The actress, who starred in films including “Legally Blonde” and “Sweet Home Alabama,” told the packed room of about 600 people, mostly women, that “this is our time.”

The star-studded event included Charlize Theron, John Legend and Mindy Kaling. It also had about 40 young women who are taking part in THR’s Women in Entertainment mentorship program, established a decade ago.

“A lot of people can recognize a problem, look at it and complain about it,” said Witherspoon, who is also a member of the Time’s Up movement, an initiative for anti-harassment and gender equality. “But not everybody is going to do something about it. Leaders are really doers. Even though you don’t think of yourself as a leader, or you’re hesitant or you’re hypnotized by words saying ‘You can’t.’ Too bad. Do it anyway.”

Around $1.5 million in university scholarships were presented to high school seniors from under-served communities in south and east Los Angeles. All of the seniors have taken part in the program.

Actress Olivia Wilde, a guest editor of THR’s Women in Entertainment issue that was released Wednesday, said women should explore their feminine strength.

Ronan Farrow received the Equity in Entertainment award for his journalistic work against gender-based discrimination.

Political activist Stacey Abrams spoke during her keynote speech about storytelling holding an extraordinary power. She said she’s witnessed moments when women and others who “look like me are often footnotes not chapters in stories.”

Abrams, who is African American and once served in the Georgia House of Representatives, encouraged those in the room to make a difference. She also acknowledged that when she ran for Georgia governor in 2018, she went against the advice of those who told her she needed to “change my look and use smaller words.”

Abrams encouraged attendees not to allow anyone to stifle them.

“This is power you all possess as leaders in Hollywood: With a word, with a scene, with a script, you become advocates for the voiceless,” Abrams said. “You become the cyphers who tell the whole truth of who we are in society. As women, you can leverage to highlight our complexities, our strength and our capacity for redemption.”