Why humor is essential in Ryan Reynolds’ explosive new actioner 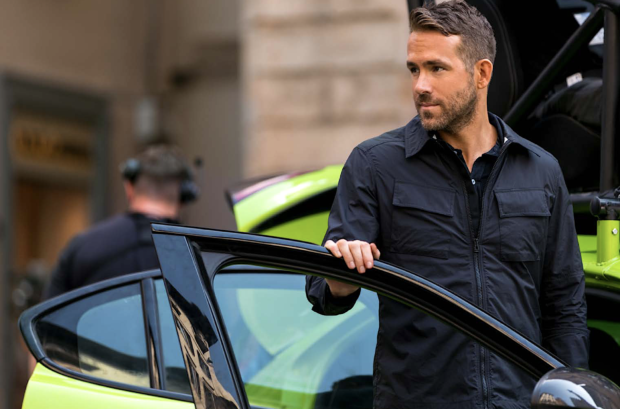 SEOUL—If you love Ryan Reynolds for his movie-star good looks and mischievous wit, you’ll like him even more for his sense of humor, which comes off as more good-natured and self-deprecating than vituperative or derogatory. When you’re the target of his jokes, you don’t feel you’re in danger of getting bombarded with insults.

This was apparent when we attended the splashy world premiere last week of Michael Bay’s latest action film “6 Underground,” which began streaming on Netflix yesterday.

For instance, when the question of a Korean host was rudely interrupted by a miscued booming sound, intended to introduce each cast member, Ryan winkingly quipped, “Uh, sorry, that was me—I had a huge breakfast!”

Asked to describe what he thought has changed in Seoul since he visited the South Korean capital last year to promote “Deadpool,” he replied, “I’ll look around later. I’m going to take some notes, then I’ll let you know.”

And when, from out of the blue, the same overzealous lady inexplicably began singing “Tomorrow” (from “Annie”), Ryan looked at her with a lopsided grin … then gamely sang along, albeit a wee bit out of tune!

As Bay describes it, “‘6 Underground’ follows six damaged souls, each known only by a number, who are seeking redemption. So, they fake their own deaths and become ‘untrackable ghosts’ whose digital footprints can’t be traced. These reluctant heroes are underdogs who take on some very evil people to make our chaotic world just a little bit better.”

Ryan is in very good company in the globe-trotting action-adventure: He plays No. 1 aka The Mastermind—the powerful vigilante who uses his immense wealth and influence to rid the world of its “bad apples.”

No. 2 is The Spy (Melanie Laurent), No. 3 is The Hitman (Manuel Garcia-Rulfo), No. 4 is The Skywalker (Ben Hardy), No. 5 is The Doctor (Adria Arjona), and No. 6 is The Driver (Dave Franco). They are later joined by No. 7 aka The Operator (Corey Hawkins) when something tragic happens.

It’s “The Umbrella Academy” on speed.

Ryan describes his character as “an enterprising billionaire who, like the members of the group he leads, ‘lost his way’ and has become disenfranchised about geopolitical issues and life in general.

“He does something that I think we sometimes wish we could do when we watch the news and see that some places in the world are on fire. We see dictators in charge, and these bullies are injuring, maiming and killing a huge number of their own population.

“My character puts all the insane amount of money he has to good use. He wants to make the world a better place, so he targets one specific dictator and decides to bring down an entire regime.”

While it certainly looks like the actors are having a lot of fun shooting their scenes in the “action-packed and very muscular” film—from explosive car chases and the acrophobia-inducing parkour stunts on top of the Duomo Cathedral in Florence, to the production’s globe-trotting stops in Siena, Rome, Abu Dhabi and Budapest—the shoot was no walk in the park for them.

“We were very tired after five months of shooting (laughs),” Melanie disclosed when asked to describe the whole experience. “We began with that long car chase, which took about a month to shoot. It was the weirdest and funniest way to meet the other members of the cast!

“We were stuck in a car, and everything was crazy because those streets were real—they were not special effects. So, everything felt very real. After a week, we just accepted the fact that ‘OK, it’s going to be like this for the next five months!’”

For his part, Ryan is no stranger to action scenes with a high degree of difficulty. But shooting “6 Underground” was something else, he pointed out. “I’ve been lucky enough to work in this business for over 25 years now, and I don’t think I’ve ever been in a movie with this kind of scale and scope.

“The fact that they’re bringing this to Netflix is truly a sign of the times—it means that things are really changing. I felt like a student again, watching not just the way Michael Bay works and how he moves the camera around. I am also a huge fan of the analog type of special effects, compared to the computer-generated kind.

“So much of what you see in the film actually happened. They’re stunts performed by incredibly talented but underappreciated people—some of the feats they pull off are simply the most remarkable things you’ll see onscreen.”

But while Ryan isn’t just paying Mr. Bay some flattering lip service, it is actually his angst- and tension-leavening humor and likability that give the film, which reportedly cost $150-million to make, its potent viewability.

“Humor is important in everything we do,” Ryan told the Asian press at the film’s “green carpet” premiere that was also graced by the multitalented guys of EXO (who admitted they were fans of the Canadian actor). “Adding a little bit of humor allows an audience to [still enjoy the film] even when the stakes are so high. That’s what makes humor essential [to the process].”

The production had to execute “6 Underground’s” 2,000 stunts, Bay told us during our exclusive one-on-one chat with him early in the day.

For Ryan, who mentioned in passing that he has been wanting to visit the Philippines, it was the actual fighting that was the hardest for him.

“I have always enjoyed doing hand-to-hand combat,” he admitted. “I love action—I love performing and learning from it. For me, it’s more exciting than challenging. But after I turned 40 (he turned 43 last Oct. 23), falling on hard cement was no longer hilarious!”