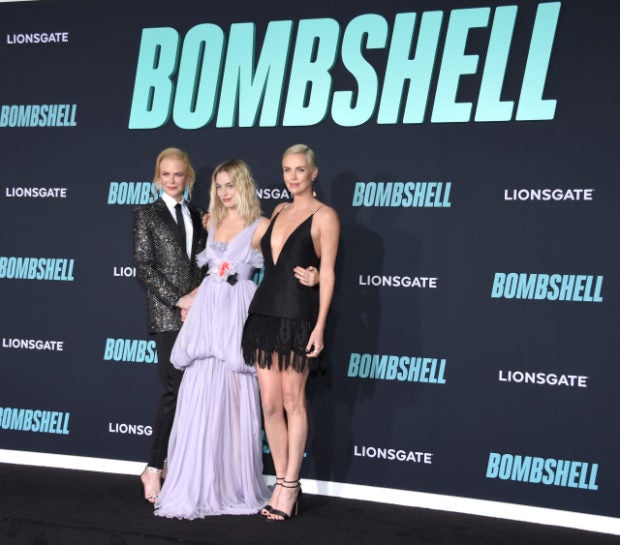 It narrowly beat divorce tearjerker “Marriage Story”, Martin Scorsese’s gangster epic “The Irishman” and Quentin Tarantino’s “Once Upon a Time… in Hollywood”, which each secured three acting nominations.

But “Marriage Story”, which on Monday topped the Golden Globes nominations and added further individual nods for Scarlett Johansson and Adam Driver, surprisingly missed out on best cast — the SAG’s top award.

Robert De Niro was again overlooked for his lead role in Scorsese’s three-and-a-half-hour “The Irishman” after missing out on a Golden Globes nomination.

On the television side “The Marvelous Mrs Maisel”, Amazon’s story of a 1950s housewife-turned-standup comic, followed a strong showing at the Emmys by topping the SAG nominations with four.

Although less high-profile than the Golden Globes, the SAG awards are seen as more of an indicator of Oscars glory, since actors represent the largest branch of the roughly 10,000 voters for the Academy of Motion Picture Arts and Sciences.

The strong return for “Bombshell” throws the movie firmly back into Oscars contention, especially for best picture, after it managed just two nominations at the Golden Globes.

Netflix repeated its Globes success by again comfortably topping both the film and television nominations.

But there was no recognition for Anthony Hopkins nor Jonathan Pryce, who both earned Globes nods for their roles in the streaming giant’s Vatican drama “The Two Popes”.

And Eddie Murphy, making his acting comeback in Netflix’s blaxploitation biopic “Dolemite Is My Name”, also missed out.

Lupita Nyong’o also picked up an individual nomination for acclaimed horror flick “Us”, a film shunned entirely by the Globes.

For television, Apple TV+ flagship “The Morning Show” — about a news television program hit by a #MeToo scandal — secured the platform’s first three nominations including for Jennifer Aniston, although her co-star Reese Witherspoon missed out.

The new cast of “The Crown”, led by Olivia Colman for season three, also picked up three nods, as did Emmys breakout hit “Fleabag”, the dark British comedy from Phoebe Waller-Bridge.

But the much-maligned final season of “Game of Thrones” had to settle for just two acting nominations — best cast in a drama series, and an individual nod for Peter Dinklage as sharp-tongued Tyrion Lannister.

The nominations were announced at a Los Angeles ceremony hosted by America Ferrera (“Ugly Betty”) and Danai Gurira (“The Walking Dead”).