“When people see me, they’d immediately say I’m bitchy, even though the way I look outside is different from who I am in the inside. I used to hide my lips when I talk or smile. But these days, people even put on makeup or undergo cosmetic surgery to have fuller lips,” said Denise in reaction to a comment that she is the country’s version of Hollywood’s Kylie Jenner.

“I’m happy that I didn’t change any of my physical traits,” she told Inquirer Entertainment at the media gathering for her latest TV project, “The Haunted,” which premiered on ABS-CBN on Dec. 8. 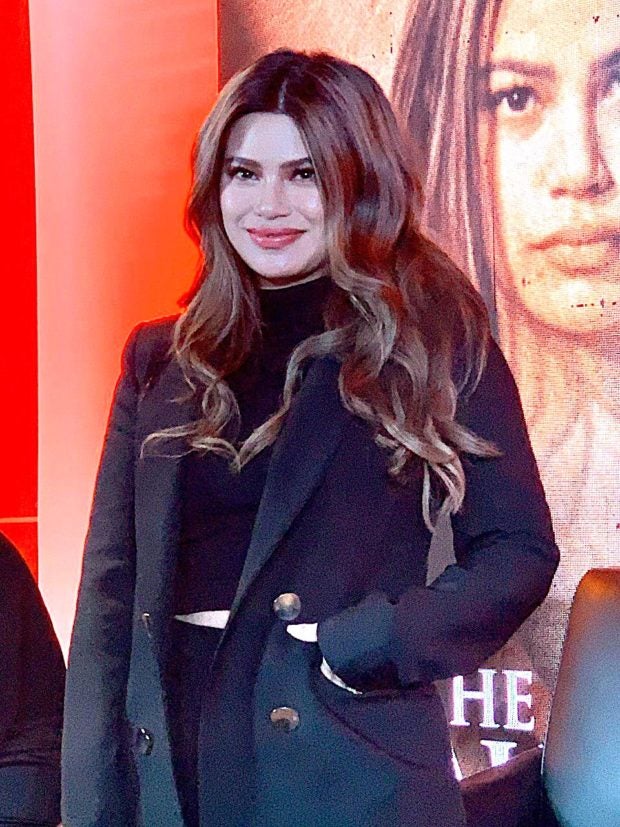 “Kylie is gorgeous. When I was her age, I was afraid of my features being so bold,” said the 32-year-old actress.

Denise also confessed to having experienced a cancer scare five years ago, right after she was declared champion of the talent search “Your Face Sounds Familiar.” “I had to get a checkup. Doctors found lumps in my lymph nodes, breasts, ovaries and one at the back of my head. They got the one from my breast to check if it was cancerous. They said it wasn’t.”

Denise, who’s a single parent, said that for a brief moment she felt afraid of her son’s future “because you’re nothing but the life that you leave behind for your children.

Denise blamed getting those lumps on an unhealthy lifestyle while growing up. “When I was younger, I thought I was indestructible. I joined musical theater when I was 6 years old. I did TV work when I was 9. I’ve been puyat (lacking in sleep) ever since,” she said. “When I was younger I was used to eating anything, because I didn’t get fat. I didn’t sleep well. I was always running on reserve batteries. I was very athletic. But as you get older, your body changes, too.”

Denise also said that she doesn’t smoke, drink alcohol or do drugs. She gave birth to son Alejandro in 2011. She said the boy’s father was Italian-American, but didn’t disclose his name. The actress is now dating cager Sol Mercado.

Looking back, Denise said that the experience five years ago was a humbling one. “Now, I don’t take time for granted. I maximize my time with my son. If I spend time with you, that means I really value you, especially with traffic in the Philippines these days.”

Being a single parent, Denise understands that “I’m solely in charge of him, financially, spiritually, mentally and emotionally. I’m here to guide him, but I’m also preparing him to be independent. He’s going to be a man someday and will be in charge of taking care of his own family,” she said.

“I’m more purposeful now in trying to get him to be more independent. He can make mistakes, and then I’ll explain why what he did was wrong. I’ll have him choose his own path, but tell him that if he is wrong, then he should deal with the consequences. I’ll do this so that, unlike me, he won’t be afraid to live.”

“The Haunted, directed by Manny Palo, also features Shaina Magdayao and Jake Cuenca. It airs on Sundays at 8 p.m. on ABS-CBN. INQ